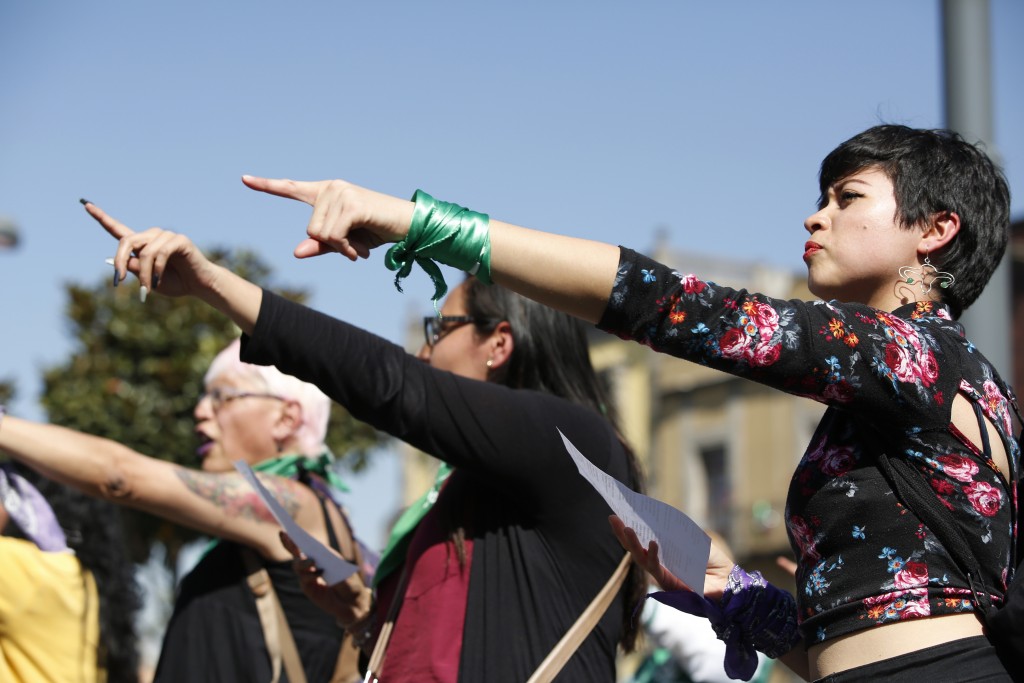 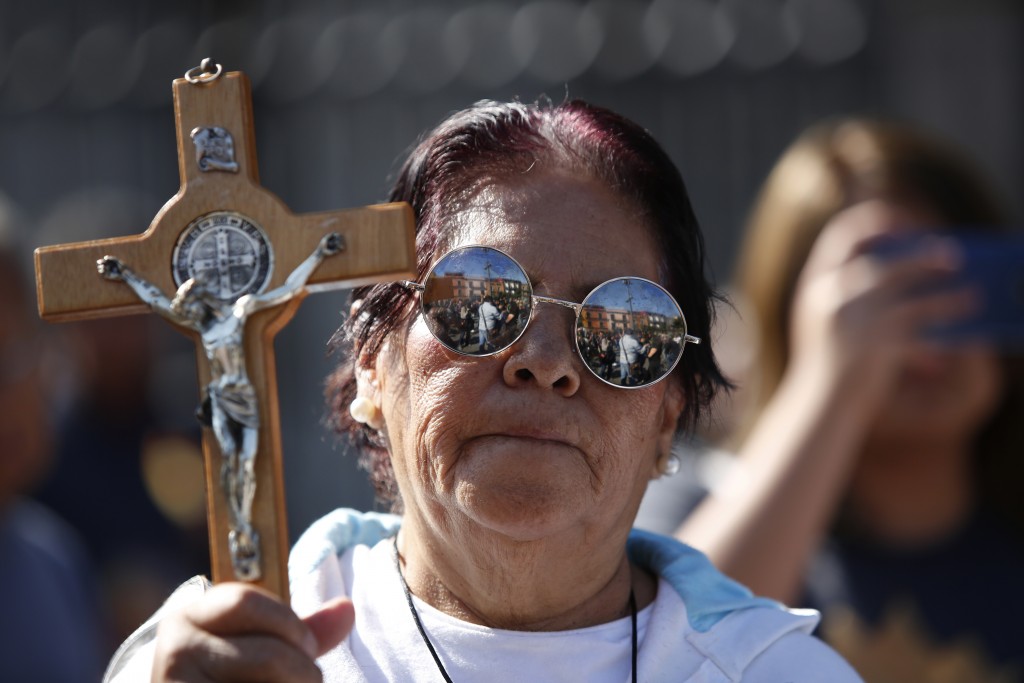 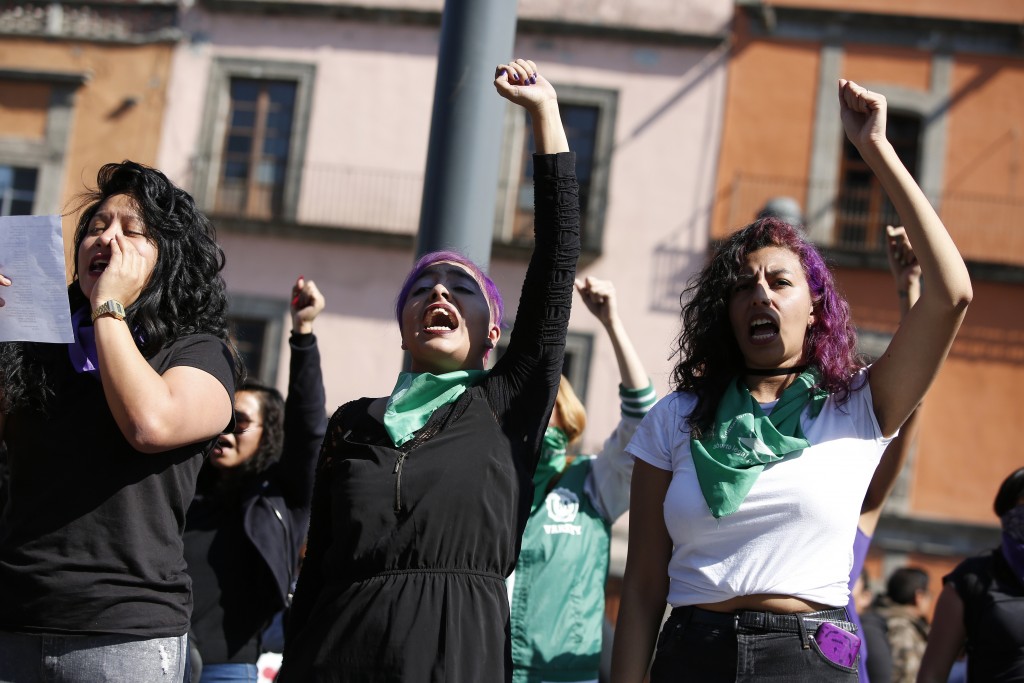 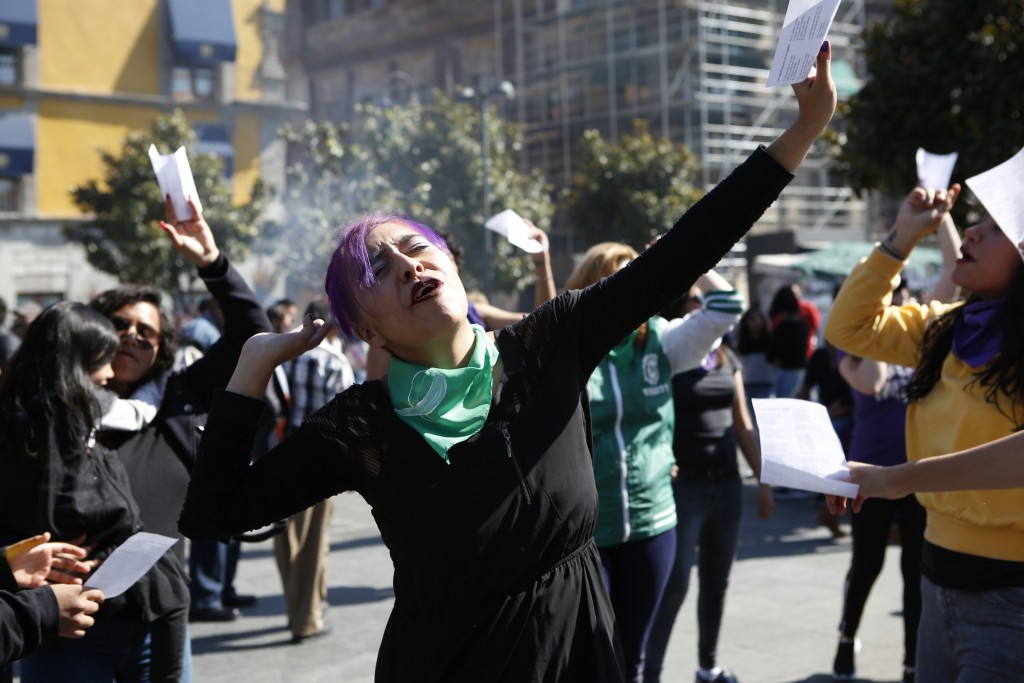 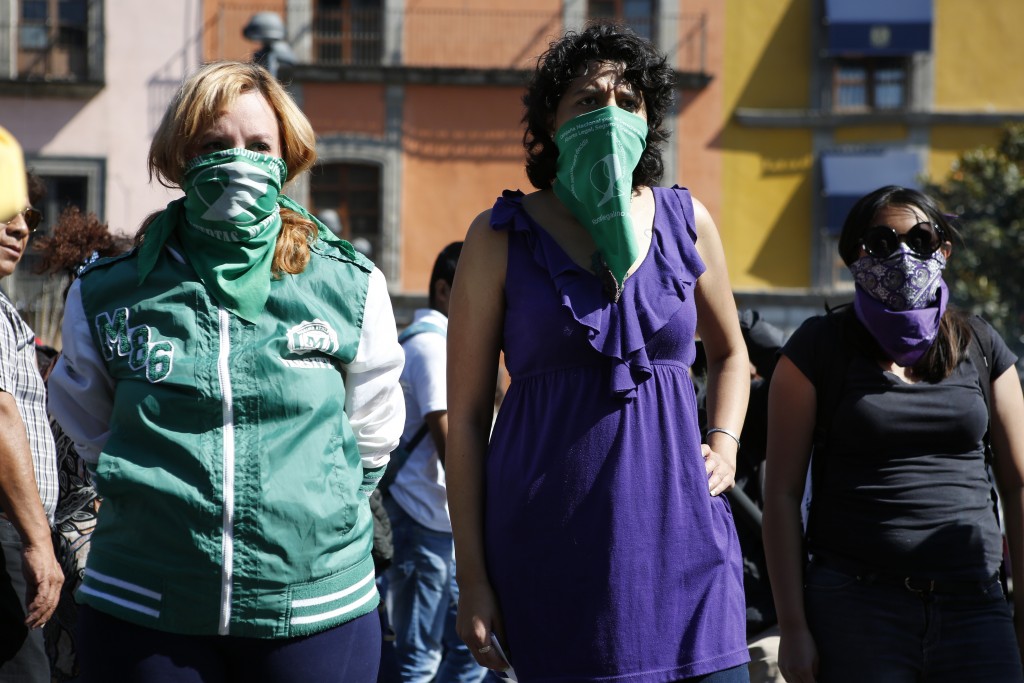 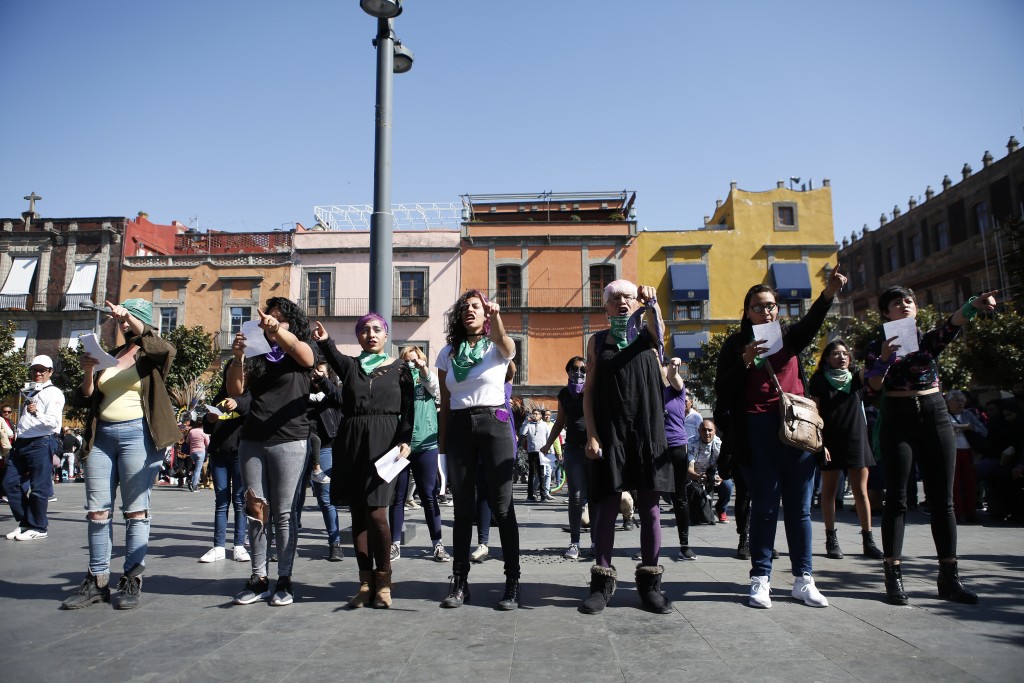 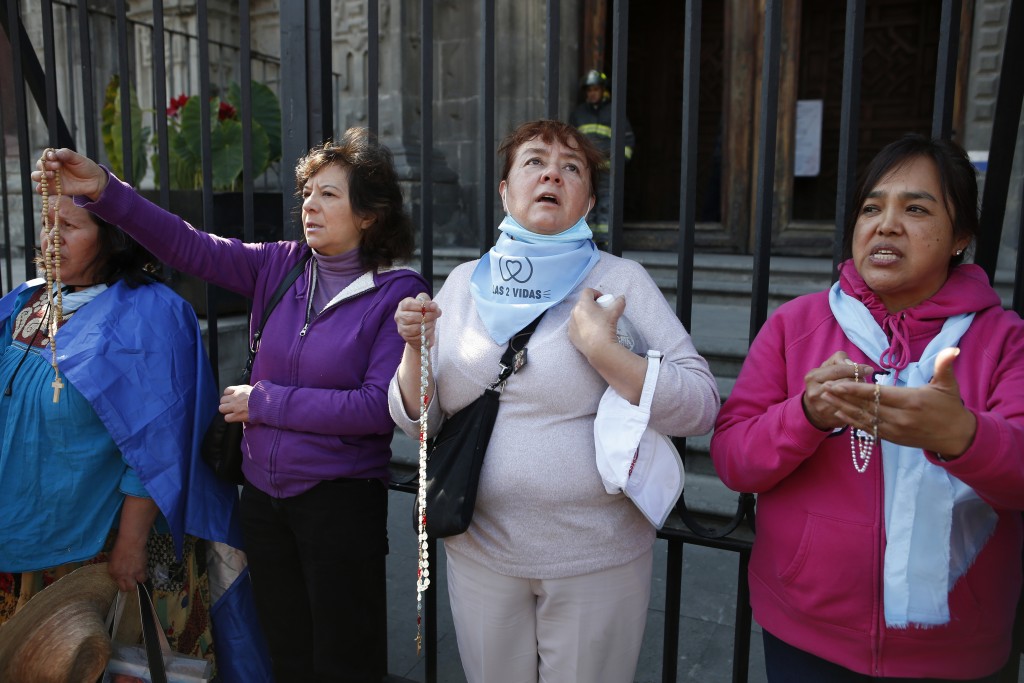 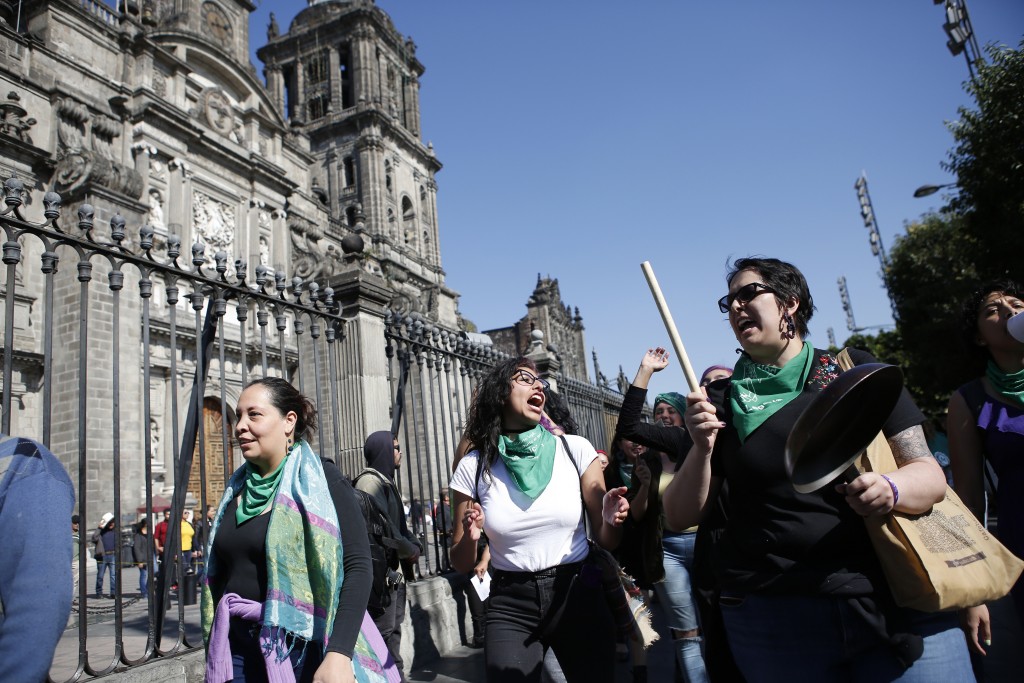 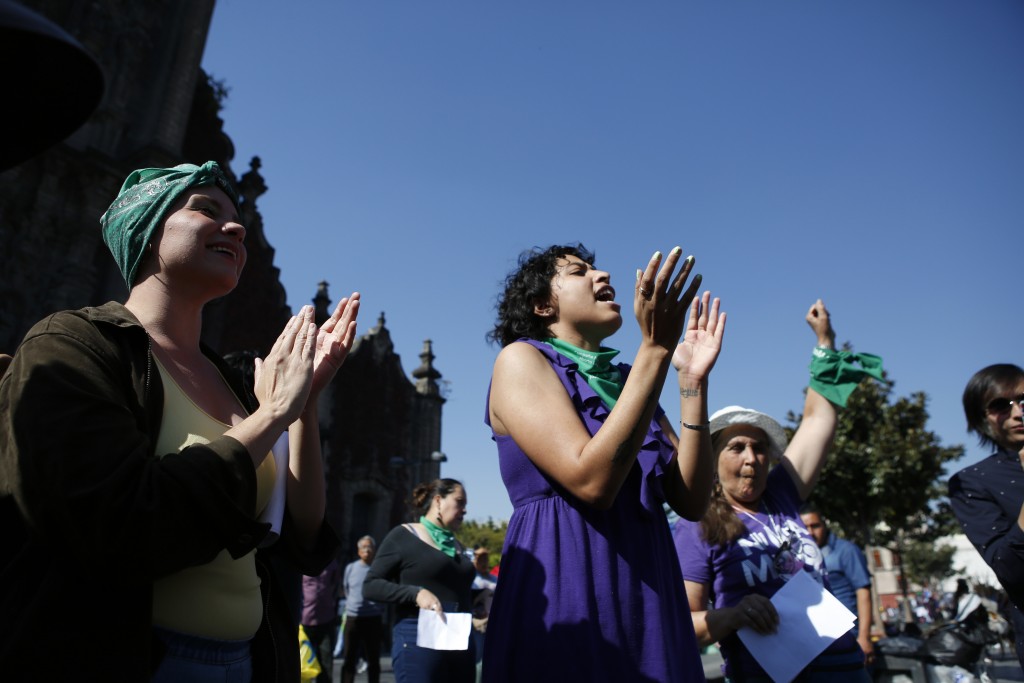 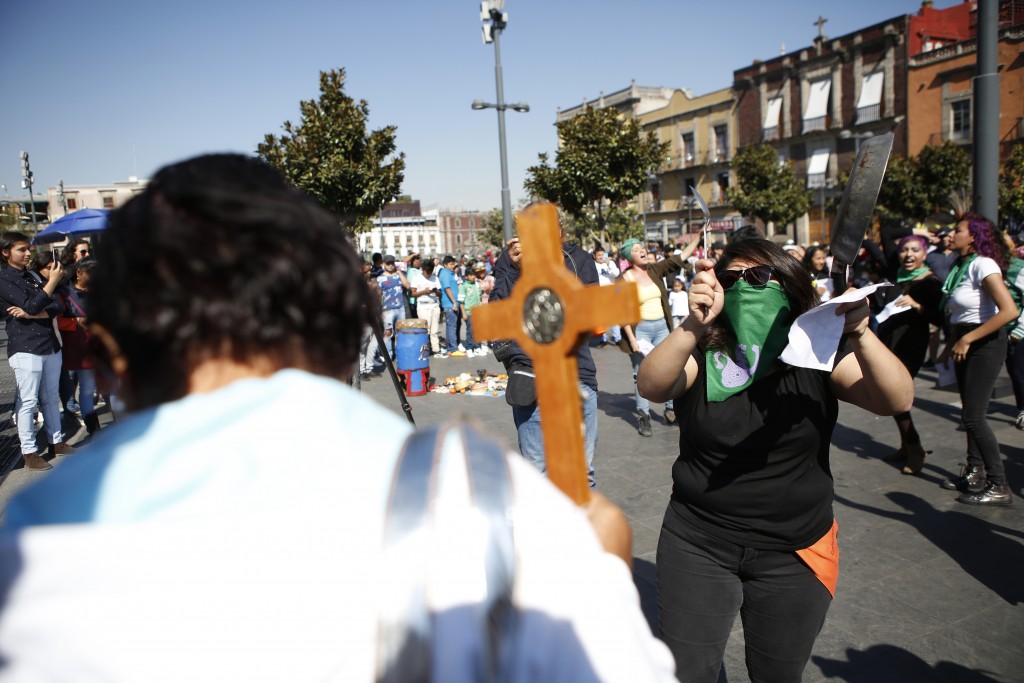 MEXICO CITY (AP) — A dozen women wearing green scarves lined up in front the Metropolitan Cathedral in Mexico City's central square on Sunday to call for legal and safe abortions throughout Mexico.

Abortion is highly restricted in the country of 120 million inhabitants, with the exception of the capital Mexico City and the southern state of Oaxaca, where the procedure is allowed up to 12 weeks of gestation.

To the sound of a metal spoon clanking against an iron frying pan, the women performed a variation of “A Rapist in Your Path” — the viral dance sequence concocted by the Chilean feminist collective La Tesis to protest violence against women. The moves are the same, but the words have changed; in this version, an “objector" stands in their path.

“The patriarchy is a judge that judges us for living, and our punishment is to force us to give birth,” the women sang while tapping their heels on the ground.

The group dubbed themselves Aborting Queens, since the performance took place on the eve of the Three Kings' holiday — when children in Latin America receive gifts purportedly from the wise men who bestowed myrrh, gold, and frankincense on baby Jesus.

Performer Perla Rosales, 25, said she aborted three years ago because she felt she wasn't ready to be a mother.

“I would love to be a mom, I love children, but as I want to decide when, how, where, why I am going to be a mom — I want all the other women to do the same,” she said. “At this moment I don't want a child. I don't have the economic possibilities, nor the time, nor the desire to be a mom.”

The performance took place in a small plaza in front of the Metropolitan Cathedral of the Assumption of the Most Blessed Virgin Mary into Heavens, which is also the seat of the Catholic Archdiocese of Mexico.

“We wanted to do it there to single out the church, the structure as such and religion in general, as at fault for our oppression,” said Fanny González, 26, who accompanies women to abortions.

Surveys by pollster Mitofsky show that a slight majority of Mexicans believe all women in the country should be allowed to abort. Some states only allow abortions in cases of rape or when the mother's life is in danger.

The National Population Council says the majority of abortions in Mexico are performed on women under the age of 25, with most saying they lack financial resources to support the child.

While the women danced, counter-protesters carrying rosaries lined up before the church. Silvia Sánchez, a 76-year-old mother of six boys, approached the group carrying a crucifix and thumbing a rosary. She was praying, she said, for the “demons to get away” from the feminists.

“The holiest virgin set an example for us —she had her little baby when she was 16 years old— she showed us that we should be loving mothers,” said Sánchez.