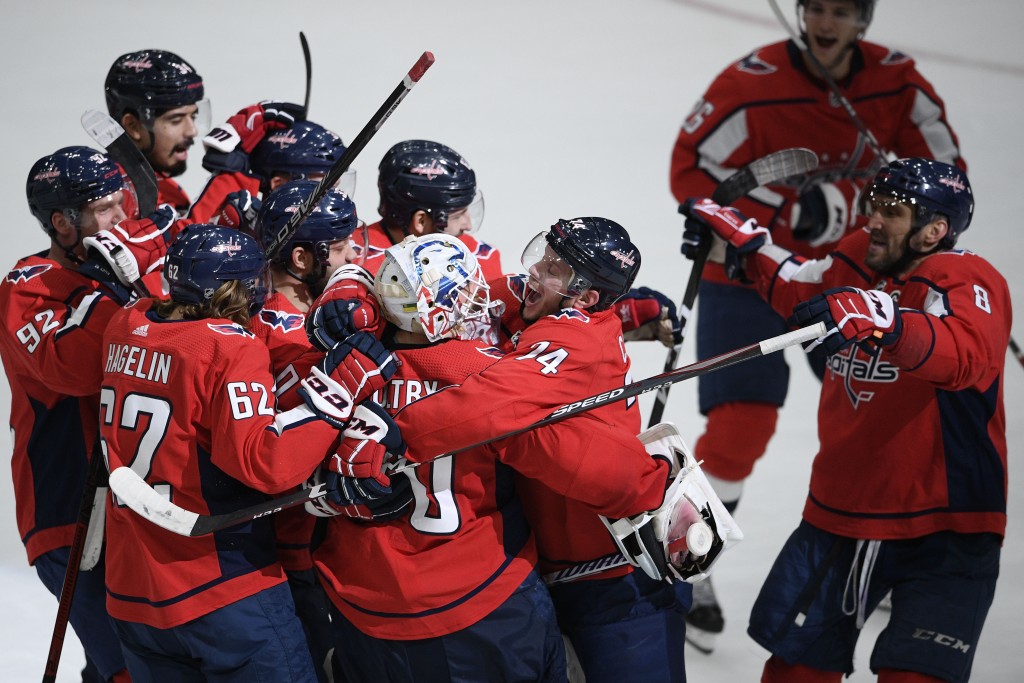 WASHINGTON (AP) — Lars Eller scored with 2:59 remaining in overtime after the Washington Capitals rallied from two goals down in the final minute of regulation, completing a stunning 5-4 victory over the San Jose Sharks on Sunday.

T.J. Oshie tied it with 14.2 seconds left, and Eller also assisted Jakub Vrana’s second goal of the game inside the final minute.

Nic Dowd had a second-period goal for Washington. Braden Holtby made 25 saves to snap a three-game losing streak in net and picked up an assist on Eller’s decisive goal, pushing the puck up ice to John Carlson.

RALEIGH, N.C. (AP) — Steven Stamkos had a goal and an assist, Nikita Kucherov had two assists and Tampa Bay got its seventh straight victory.

Andrei Svechnikov scored for Carolina, which lost its second straight and fell to 2-2 on its seven-game homestand.

Brett Connolly scored his 16th of the season for the Panthers, Frank Vatrano had his ninth and Evgenii Dadonov added an empty-netter for his 18th. Florida bounced back from a loss to Buffalo on Saturday by winning in Pittsburgh for the first time since Jan. 20, 2014.

Jared McCann scored his 11th for Pittsburgh. Tristan Jarry finished with 31 saves, but the Penguins looked out of gas at times while playing for the third time in four nights.