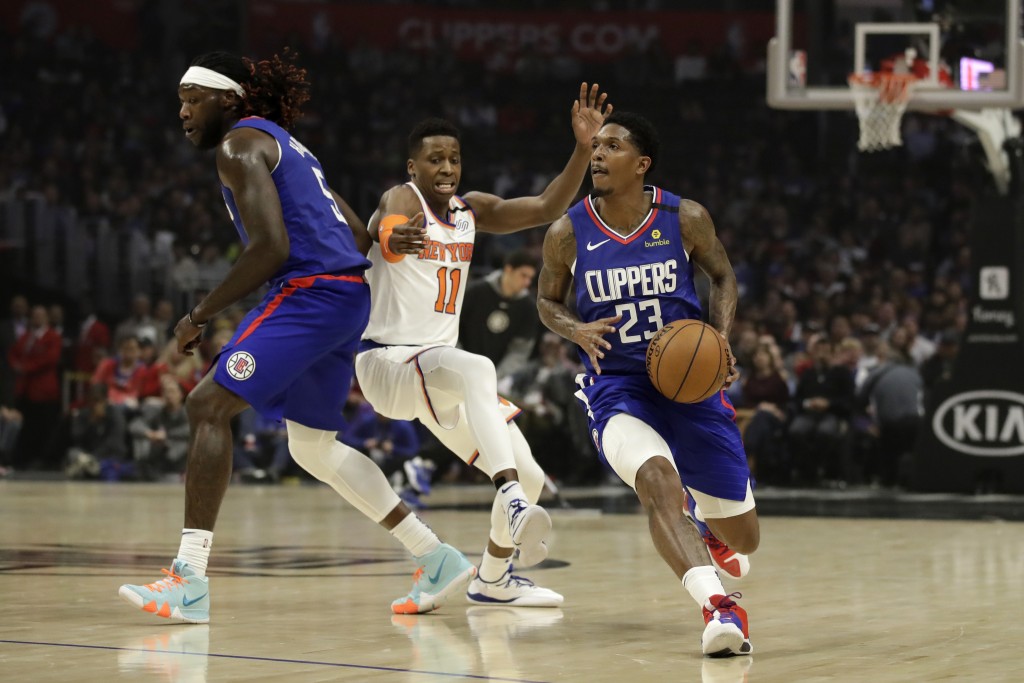 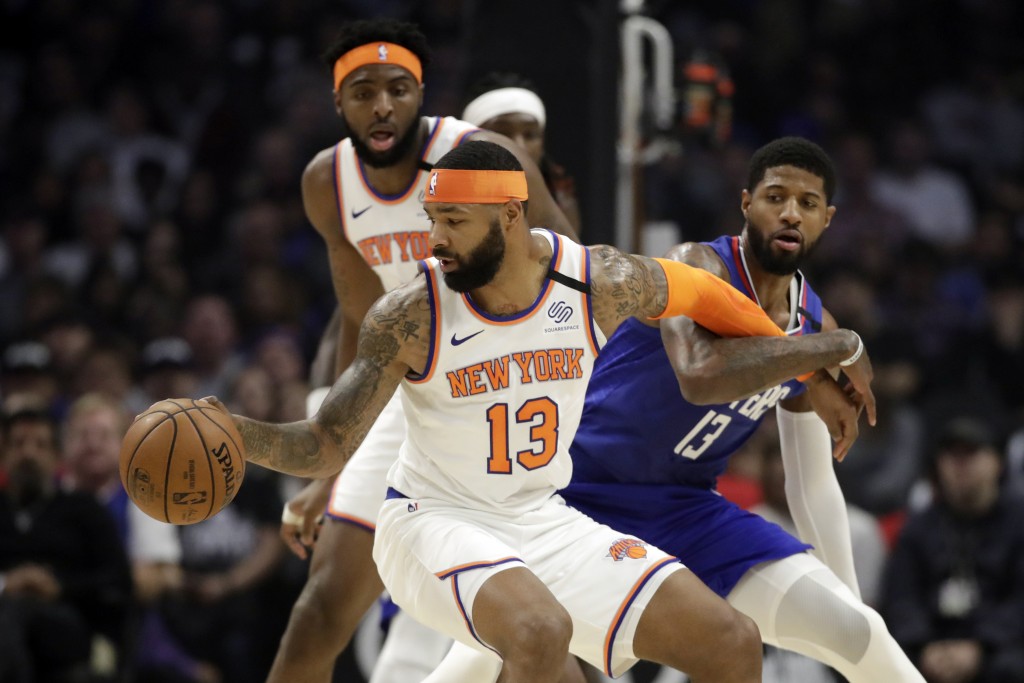 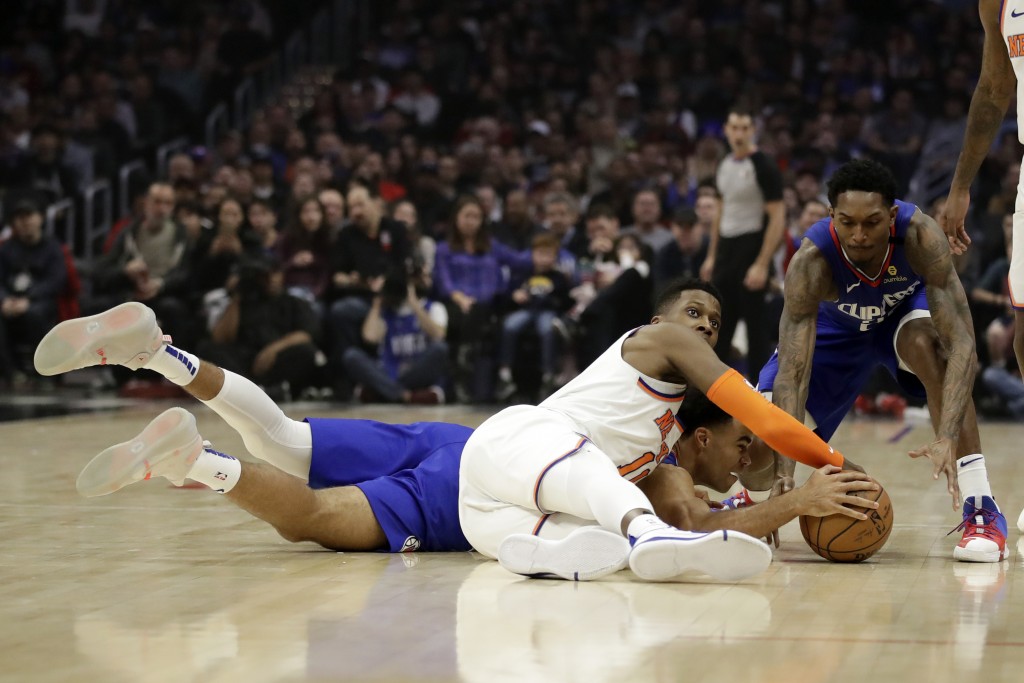 LOS ANGELES (AP) — Montrezl Harrell scored 34 points, Paul George and Lou Williams added 32 apiece and the Los Angeles Clippers bounced back from an ugly loss with a 135-132 victory over the New York Knicks on Sunday.

It was the first time in the Clippers' 50-year history they have had three players score at least 30 points.

Los Angeles was up by 15 late in the third quarter and 121-110 with 7:06 remaining in the game when George fouled out. New York scored eight straight points to draw within three and was still within one possession in the final minute when Williams drove the lane and hit a floating jumper with 18.5 seconds left to make it 133-128.

Marcus Morris hit a jumper with 10.4 seconds left to get it back to three, but Williams put it out reach after a timeout with a pair of free throws.

George, who missed Saturday's 26-point loss to Memphis with left hamstring tightness, posted his seventh 30-point game this season. George was 9 of 14 from the field, including 5 of 6 on 3-pointers, in 32 minutes.

Los Angeles trailed by 16 at the end of the first quarter but put up a 47-point second quarter to lead 76-69 at halftime. That was the most points scored in the second period of an NBA game this season and tied for fourth most in any quarter.

Williams led the way with 18 points in the period, including three straight 3-pointers that tied it at 51 with 7:16 remaining. Harrell had 14 points in the quarter, including 10 of the Clippers' first 13 points during the run.

The Knicks went on a 24-8 run in the first quarter to lead 33-19. New York came into the game making 10.7 3-pointers per game but made four during their spurt while Julius Randle scored seven points.

The Knicks extended their lead to 45-29 at the end of the quarter as they went 19 of 29 from the field. The output was tied for the third-most points scored in the first 12 minutes of an NBA game this season and marked the first time the Knicks have scored at least 44 points and shot over 70% from the field in the first in nearly 11 years. The last time it happened was also against the Clippers, on March 25, 2009.

Knicks: Taj Gibson, Morris and Julius Randle received technical fouls during a 21-second span in the second quarter. ... New York is 6-7 under interim coach Mike Miller, who took over after David Fizdale was fired. ... G Elfrid Payton was out for personal reasons. Frank Ntilikina got the start and had seven points. ... G Dennis Smith Jr. was inactive for the fifth straight game with an oblique strain.

Clippers: F Kawhi Leonard sat out the game as he continues to rest his knee and not play games on back-to-back days. Los Angeles is 5-5 when Leonard is rested. ... G Patrick Beverley returned after missing three games with a sprained right wrist and scored six points with six assists.

Knicks: Remain in Los Angeles to face the Lakers on Tuesday.