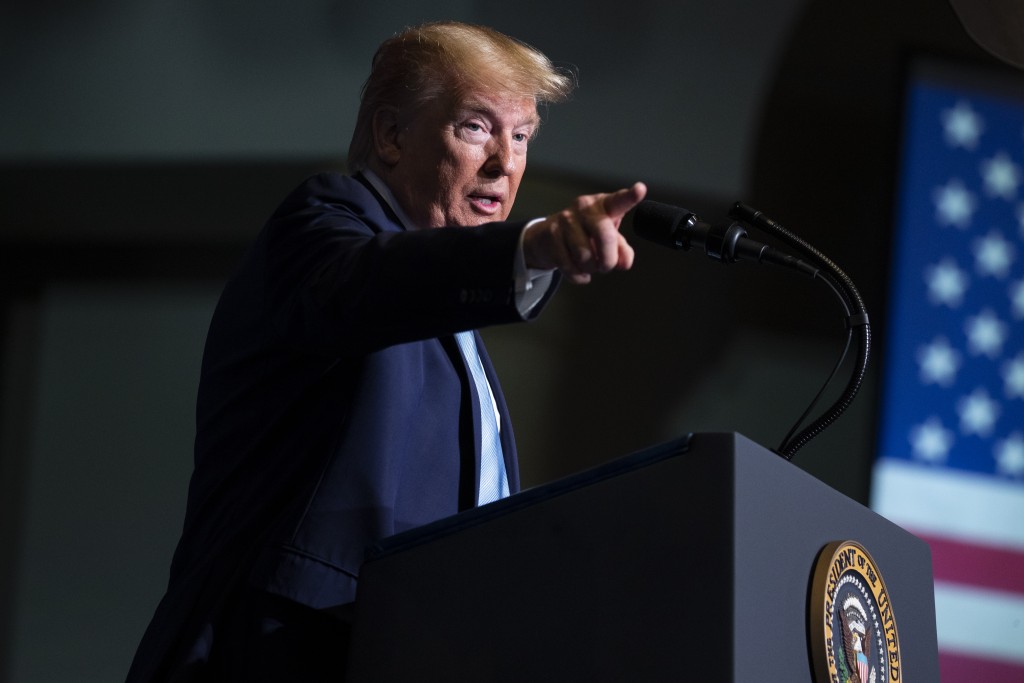 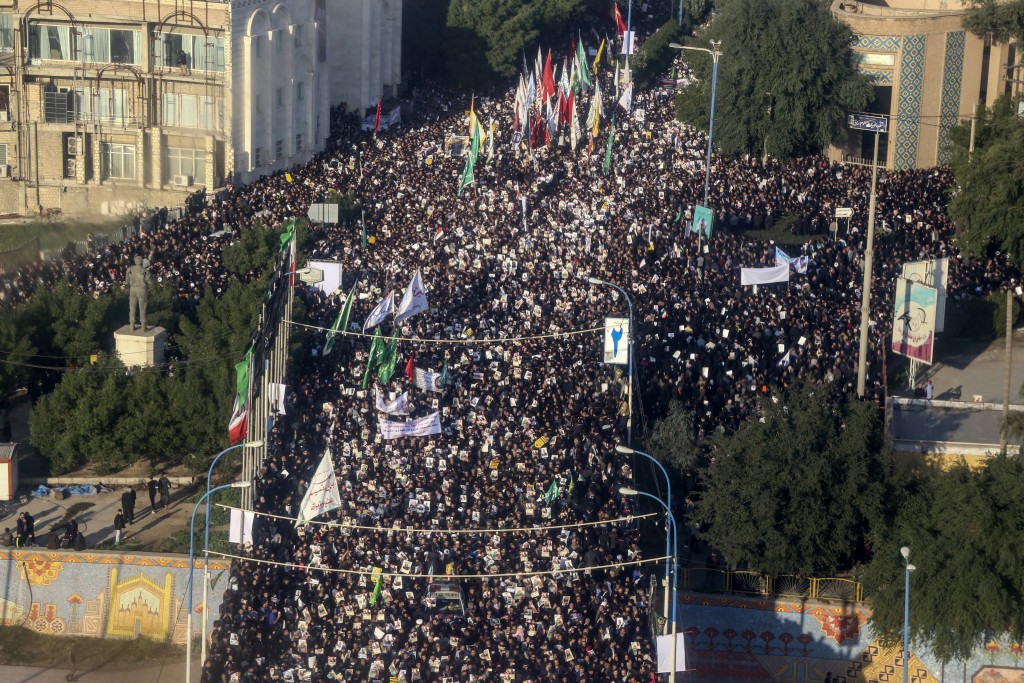 WEST PALM BEACH, Fla. (AP) — As his two-plus week stay at his Florida resort draws to a close, President Donald Trump returns to Washington on Sunday facing twin challenges: the fallout from the strike he ordered to kill an Iranian general and his looming impeachment trial in the Senate.

The dueling images — one of potential chaos in the Middle East, the other a politicized ritual occurring for only the third time in the nation’s history — will shape a defining month of Trump’s presidency, one that comes just before the first votes of the 2020 campaign are cast.

For Trump, the holidays are definitely over. Even before Air Force One touched down outside the divided nation’s capital, Trump on Sunday faced growing questions from Democrats fearful that the killing of Revolutionary Guard Gen. Qassem Soleimani endangered Americans in the region and may have been an effort to distract from the president’s political crisis back home.

“Next week, the president of the United States could be facing an impeachment trial in the Senate. We know he's deeply upset about that. And I think people are reasonably asking, ‘Why this moment?’” Elizabeth Warren, a Democrat running for president, said on CNN's “State of the Union."

“Why does he pick now to take this highly inflammatory, highly dangerous action that moves us closer to war?” the Massachusetts senator said.

In the hours before Trump’s return, tensions simmered half a world away as hundreds of thousands flooded streets Sunday in Iran to walk alongside a casket carrying the remains of Soleimani while Iraq’s parliament voted in favor of a resolution calling for an end of the foreign military presence in their nation, an effort aimed at expelling the 5,000 U.S. troops stationed there over the war against the Islamic State group.

Secretary of State Mike Pompeo, who appeared on the full gamut of Washington Sunday morning news shows, defended the strike, which killed Soleimani at the Baghdad airport, as part of a deterrence “strategy to convince the Iranian regime to behave like a normal nation.”

"The American people should know that we will not waver. We will be bold in protecting American interests and we will do so in a way that is consistent with the rule of law," Pompeo told CNN.

The conflict is rooted in Trump pulling out of Iran’s atomic accord and imposing sanctions that have crippled Iran’s economy. But it was not at the forefront of Trump’s agenda when his vacation began.

Trump departed for Mar-a-Lago, nestled against the Atlantic Ocean in tony Palm Beach on Dec. 20, just two days after the House of Representatives voted largely on party lines to approve two articles of impeachment against him over his pressure of Ukraine to investigate a potential political foe, former vice president Joe Biden.

During his stay, the president visited his nearby golf course nearly every day and kept his public appearances to a minimum. But behind the scenes, he held a series of meetings and phone calls to prepare for what lies ahead.

Trump spoke to some of his closest Republican allies in the Senate, including Lindsey Graham of South Carolina, about the upcoming trial. Though the details of the trial remain unclear, including when it will begin, the outcome seems all but certain, as the Republican-led Senate will almost surely not remove Trump from office.

But House Speaker Nancy Pelosi, D-Calif., has delayed transmitting the articles of impeachment to the upper chamber, a necessary step before the trial can begin, because she has demanded assurances from Senate Majority Leader Mitch McConnell, R-Ky., that the proceedings be fair.

McConnell, who has been dismissive of the request, has begun negotiations with Senate Minority Leader Chuck Schumer of New York over the contours of the trial, including whether witnesses would be called. The president had pushed to call witnesses to make it a showy trial — including Biden’s son and the whistleblower who first reported the pressure to Ukraine — believing he can convince the American public of his innocence. But Graham and others have implored him to let the Senate handle the matter as expeditiously as possible.

Trump has fumed that impeachment will be a permanent stain on his legacy but he has listened to advisers who believe it could be a political opportunity, pointing to polling that shows it playing poorly with independents in a trio of vital Rust Belt battleground states. The president has also mused about holding a series of rallies after the likely Senate acquittal.

But even as Trump held meetings at Mar-a-Lago about the trial and his upcoming re-election campaign, which will move into a new phase when the Iowa caucus is held in less than a month, the Iran matter moved to the forefront.

Tensions between the nations erupted after an attack killed an American contractor at a joint U.S.-Iraqi base. And after days of deliberations with his inner circle of national security advisers, Trump opted for the most dramatic response, the drone strike that killed Soleimani.

Despite Tehran’s call for vengeance, Trump did not back away from his trademark bellicose bluster.

“The United States just spent Two Trillion Dollars on Military Equipment,” Trump tweeted early Sunday. “We are the biggest and by far the BEST in the World! If Iran attacks an American Base, or any American, we will be sending some of that brand new beautiful equipment their way...and without hesitation!”

But linking the two crises shadowing the White House, Democrats said the heightening tensions with Iran would not dissuade them from Trump’s impeachment.

“I think our system is strong enough that we can do both,” Sen. Chris Van Hollen, D-Md., told Fox News Sunday. “I very much worry about what the president is doing right now to escalate tensions and the likelihood of war in Iran, but our country will have to deal with both these issues at the same time.”