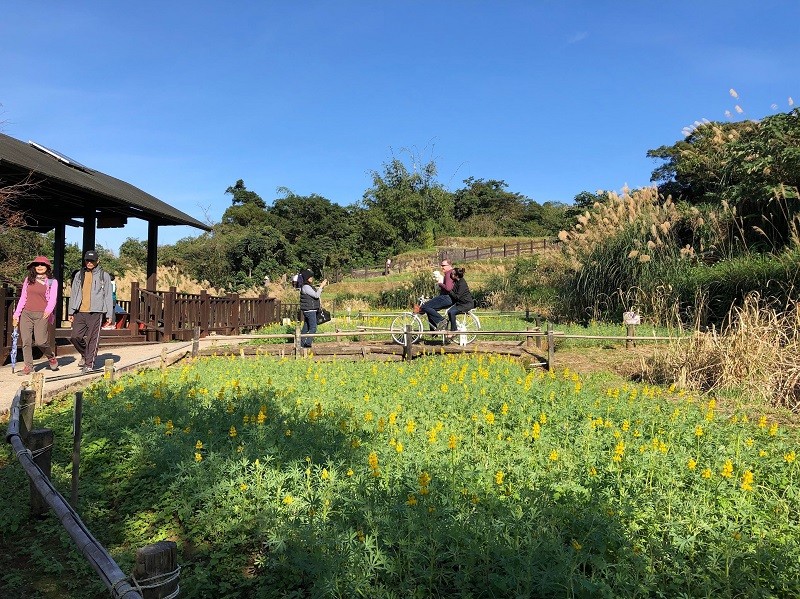 Lupine flowers bloom along the Camphor Tree Trail (樟樹步道) in early spring each year. The flowers' multiple levels of golden-yellow petals lend them a wind-chime-like appearance.

The plant was used as green manure during fallow periods in the past, the GEO said. However, after generations of plant improvement, it is now used as an ornamental plant and has a long flowering period, with different varieties bearing different colors of flowers.

GEO Industrial and Trail Section Chief Chen Yen-cheng (陳彥成) said that in addition to lupine flowers, the foliage of the deciduous cypress trees also found along the trail have changed to yellow and organge.

The lupine flowers will begin to bloom profusely from mid-January through the Lunar New Year, the GEO said. It encouraged the public to take public transportation, such as the Taipei MRT, city buses, or YouBikes, to admire the flowers along the trail and its lovely environs.

Visitors taking the MRT should exit from the gondola at the terminal Maokong Station then take a right and walk along the industrial road for about eight minutes to reach the trailhead of the Camphor Tree Trail. 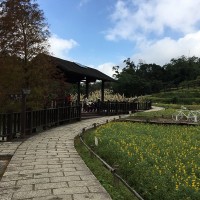