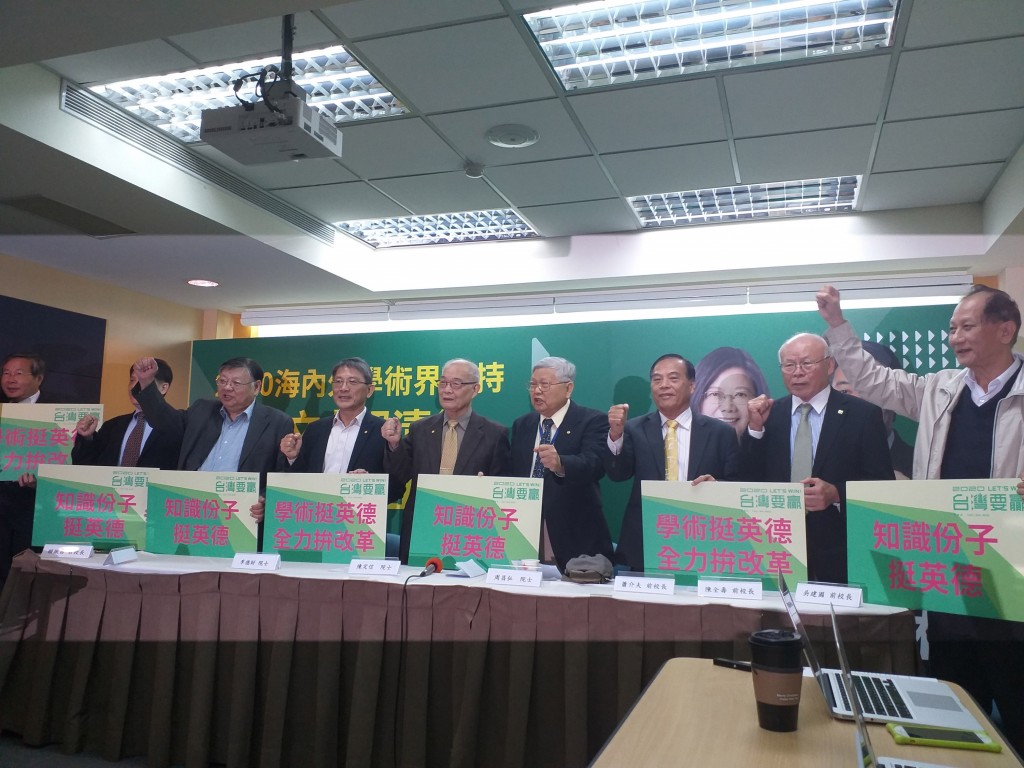 TAIPEI (Taiwan News) — Over 1,800 academics have voiced their support for the re-election of President Tsai Ing-wen (蔡英文) with the Jan. 11 elections just six days away.

In a press conference on Sunday (Jan. 5), Chen Ding-Shinn (陳定信), leader of the initiative and a fellow at Academia Sinica, noted that the petition has garnered 1,828 signatures from scholars based both in Taiwan and overseas since it was launched in November, reported CNA.

Those who threw their weight behind Tsai and her running mate, William Lai (賴清德), hail from 13 countries and areas, including Japan, France, the U.S., the U.K., Czechia, Germany, Singapore, Austria, Vietnam, South Korea, Australia, Thailand, and Hong Kong, wrote Newtalk.

Chen praised Tsai’s unwavering stance against Beijing’s “one country, two systems” formula, which was flaunted by Chinese leader Xi Jinping (習近平) last year as a means to bring Taiwan into the fold. The passage of the Anti-Infiltration Act last week further shielded the island country from threats from across the Taiwan Strait, he added.

While the Tsai administration has come under fire over the implementation of certain policies, Chen reckoned that its president is leading the country on the right path and that she needs a second term to be able to carry through important reforms. “All the effort could go down the drain should she lose the bid,” he stressed.