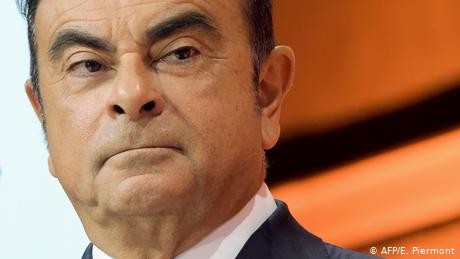 In the first official public comments on the case, Mori said Ghosn appeared to have used illegal methods to leave the country for Lebanon.

"It is clear that we do not have records of the defendant Ghosn departing Japan. It is believed that he used some wrongful methods to illegally leave the country. It is extremely regrettable that we have come to this situation," she said, adding that there would be a thorough investigation.

Mori also said the 65-year-old tycoon's bail had been revoked and that Interpol had put out a warrant for his arrest.

In separate comments, Japan's public prosecutor's office described Ghosn's departure as a "crime" and said the businessman had "knowingly flouted" the country's judicial procedures by skipping bail and absconding.

Ghosn became an international fugitive after he issued a statement on December 31 announcing he was in Lebanon. He had reportedly walked out of his Tokyo home, where he had been under house arrest, before using chartered flights to travel to Beirut, via Istanbul.

Ghosn was first arrested in November 2018 and is accused of multiple counts of financial misconduct. He denies the charges and has said he left the country to escape what he called Japan's "rigged" justice system. He is expected to hold a press conference next week.