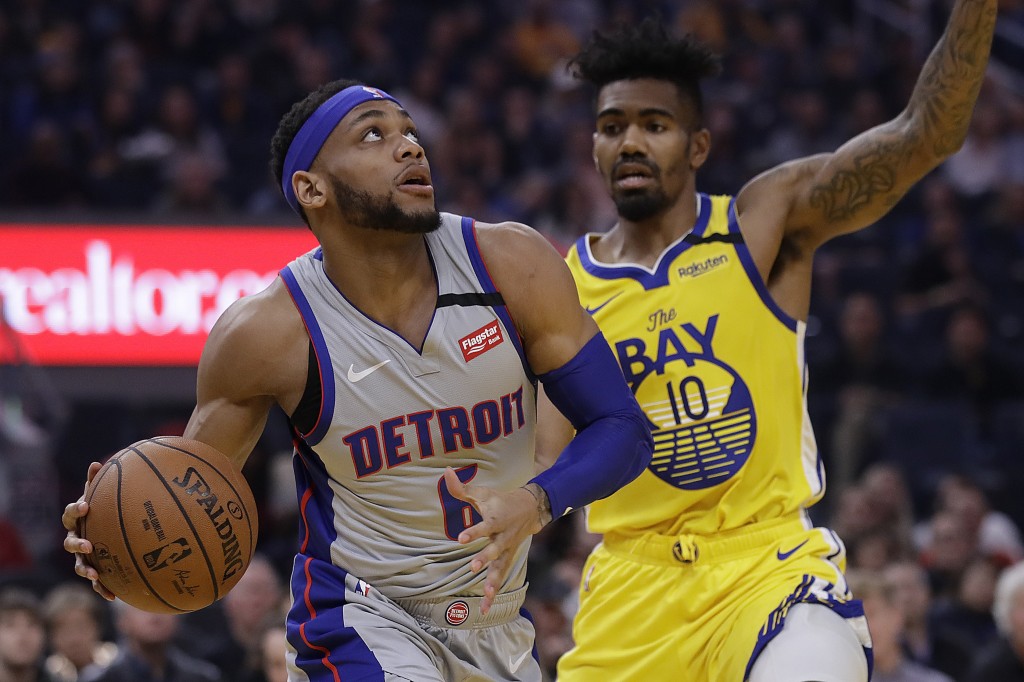 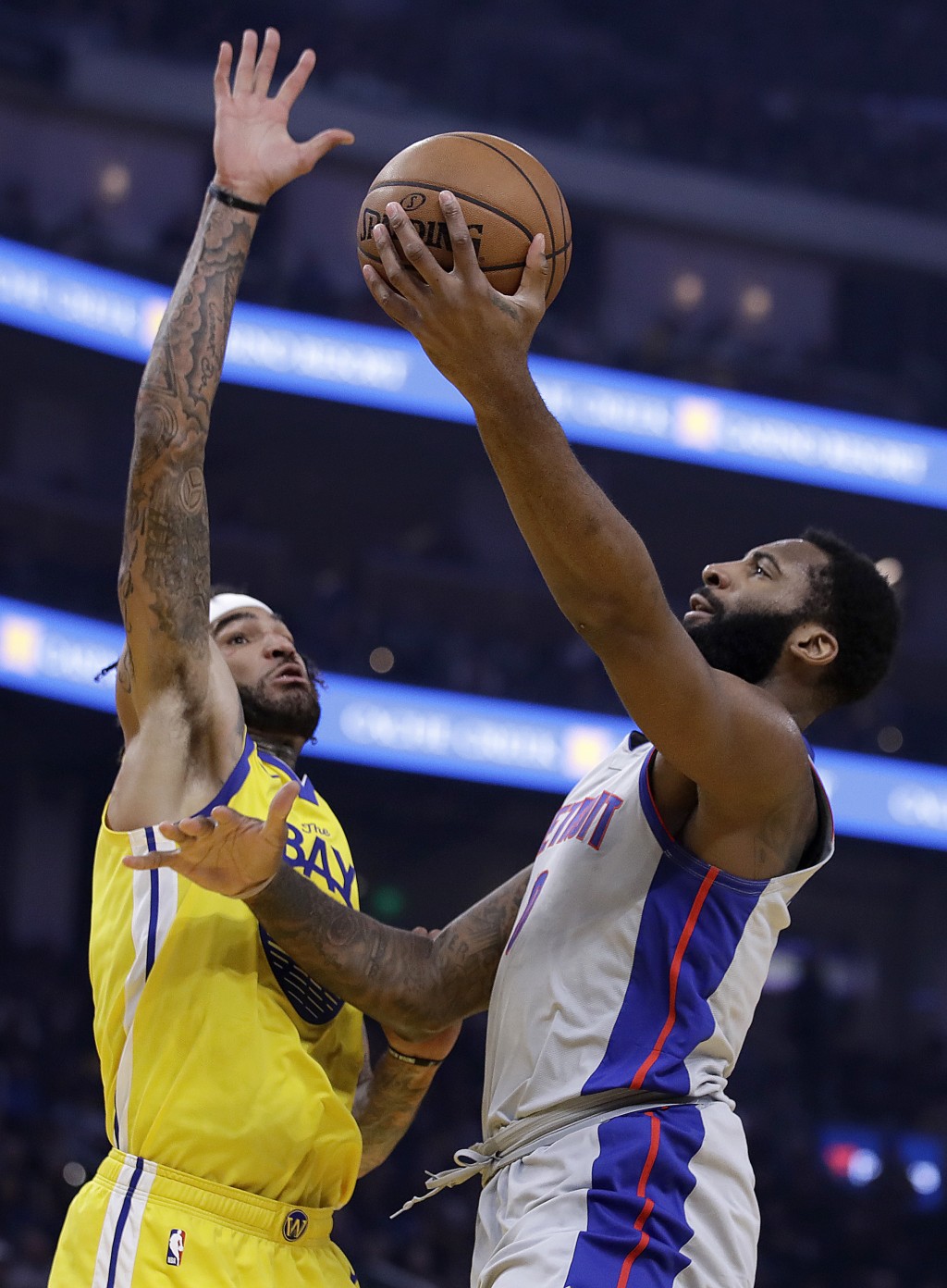 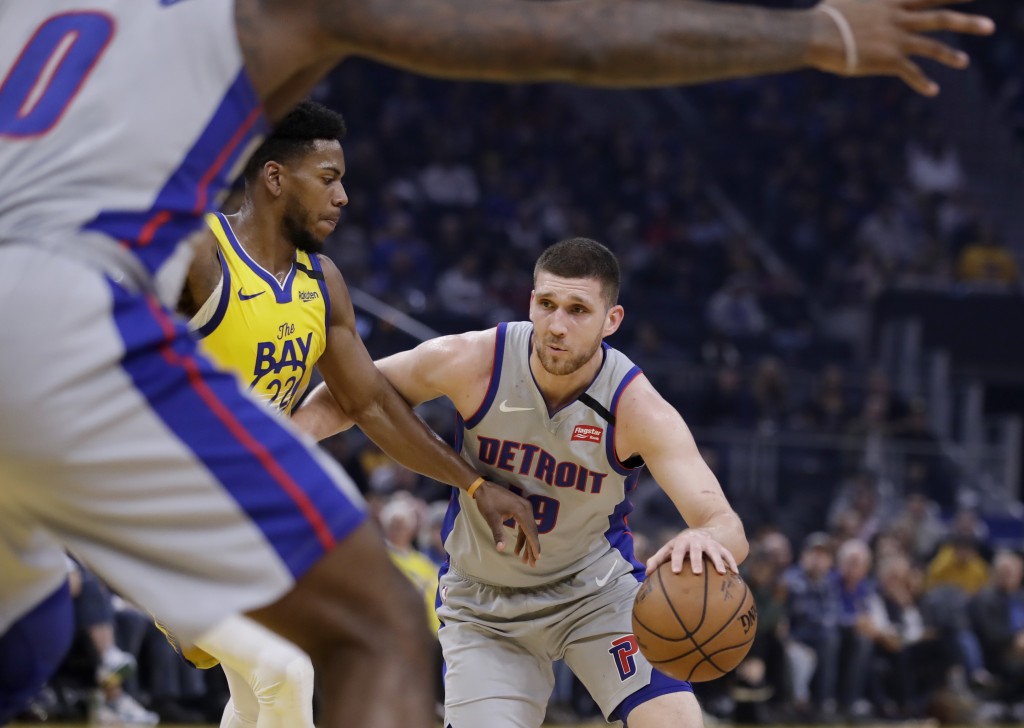 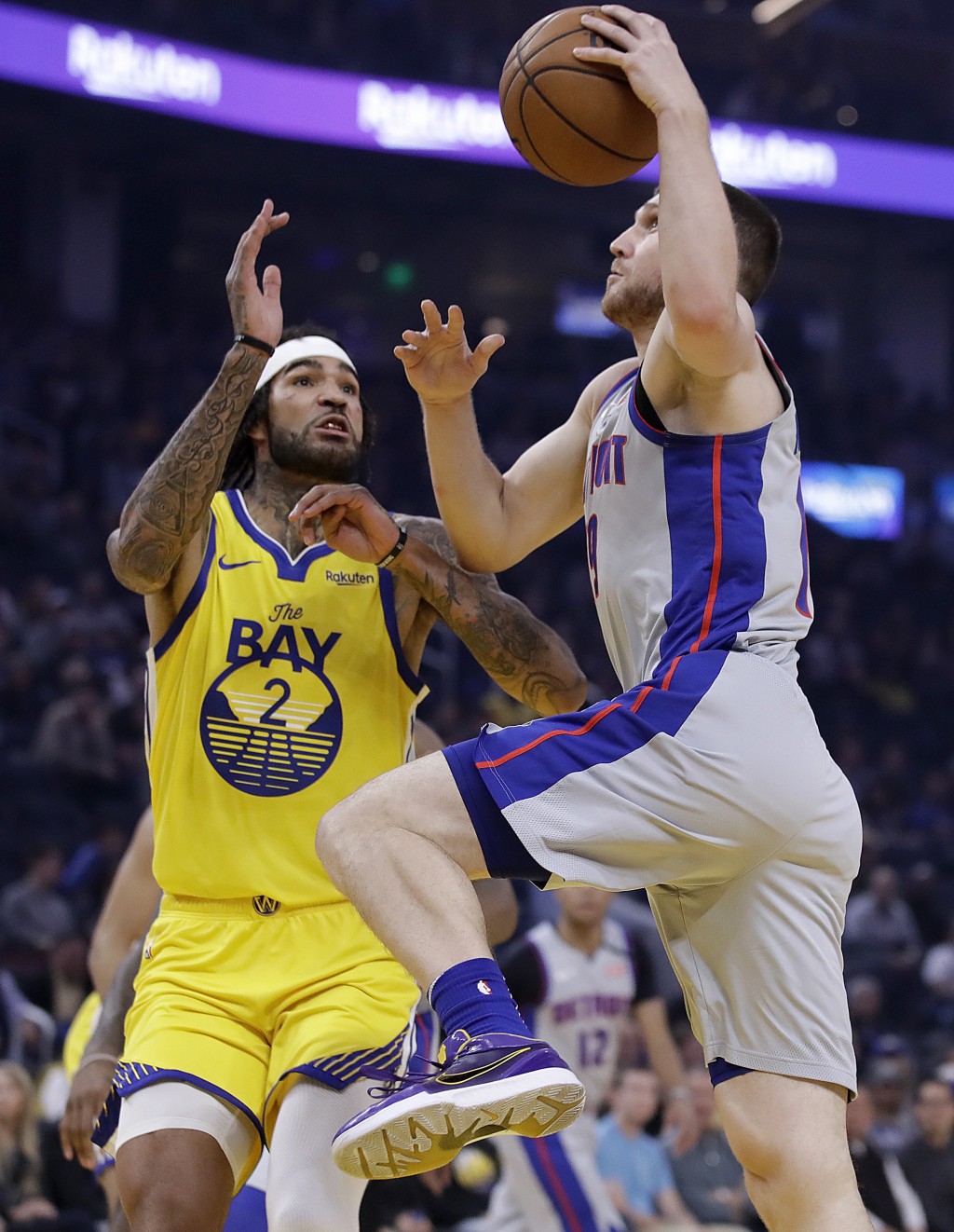 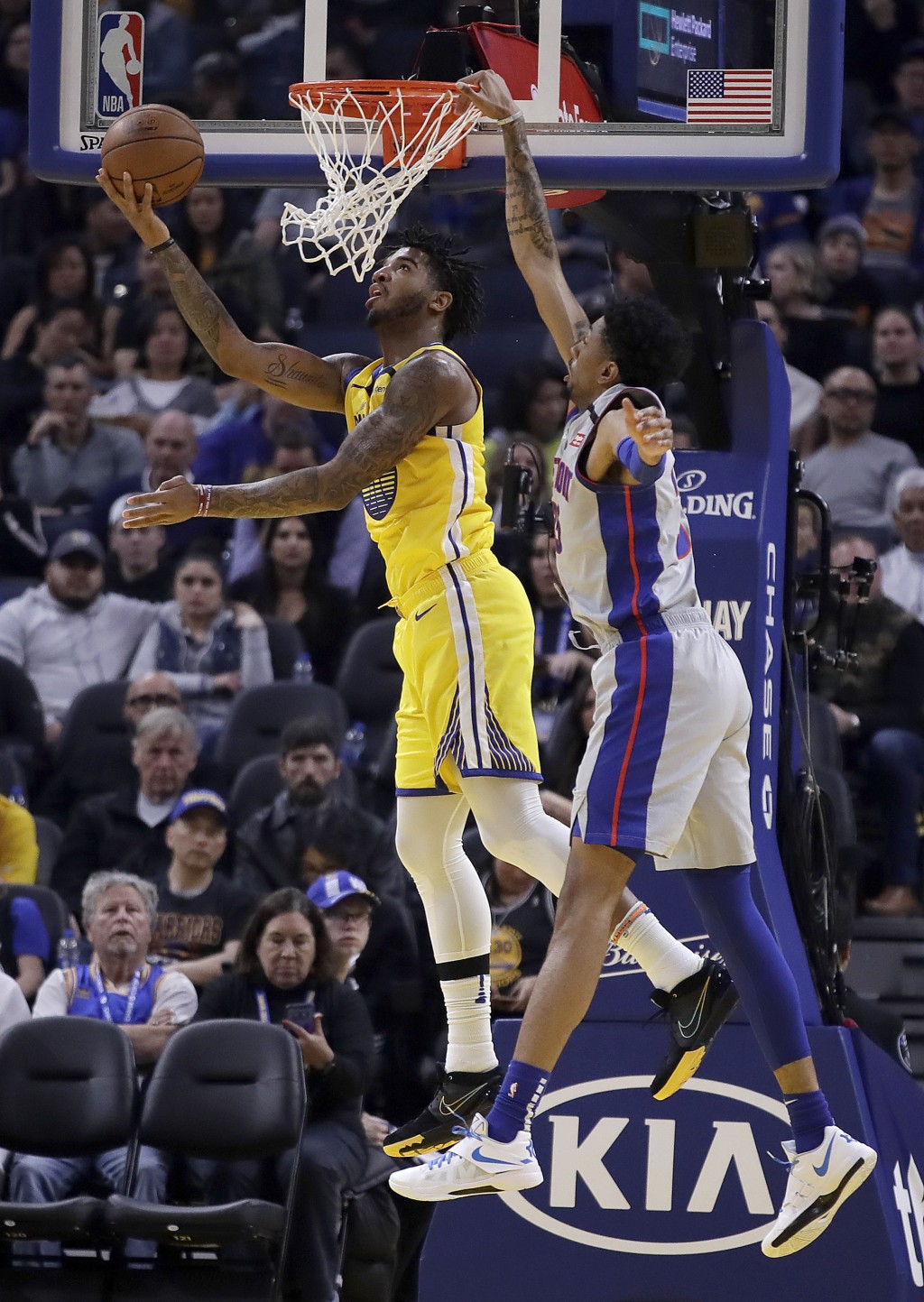 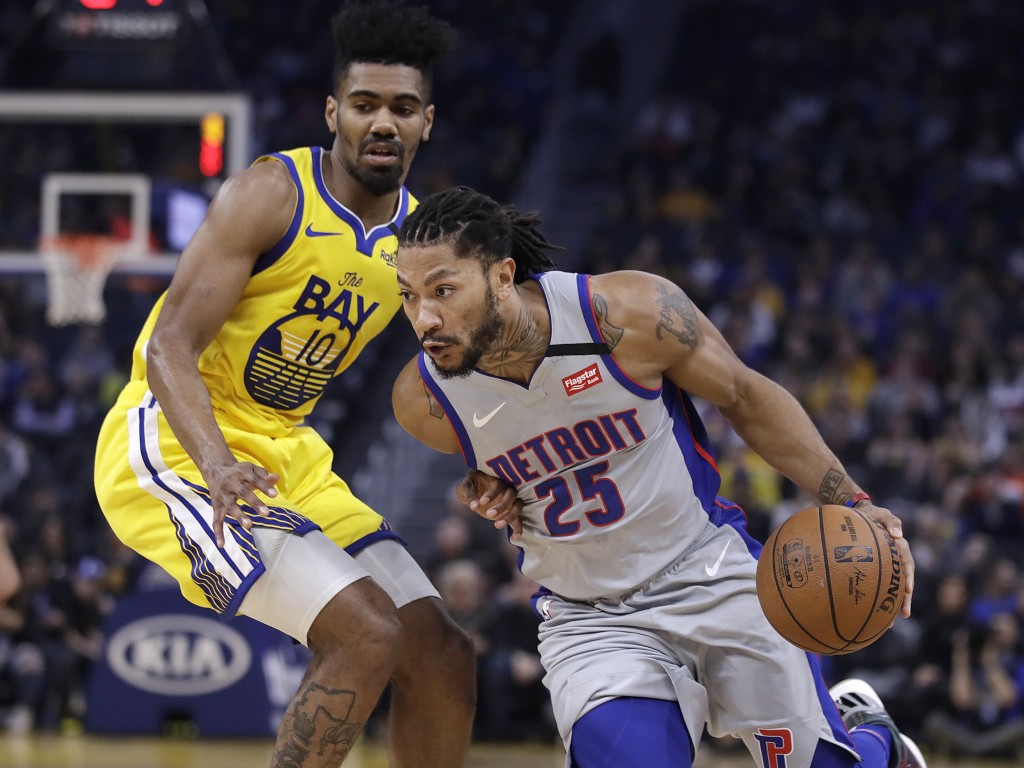 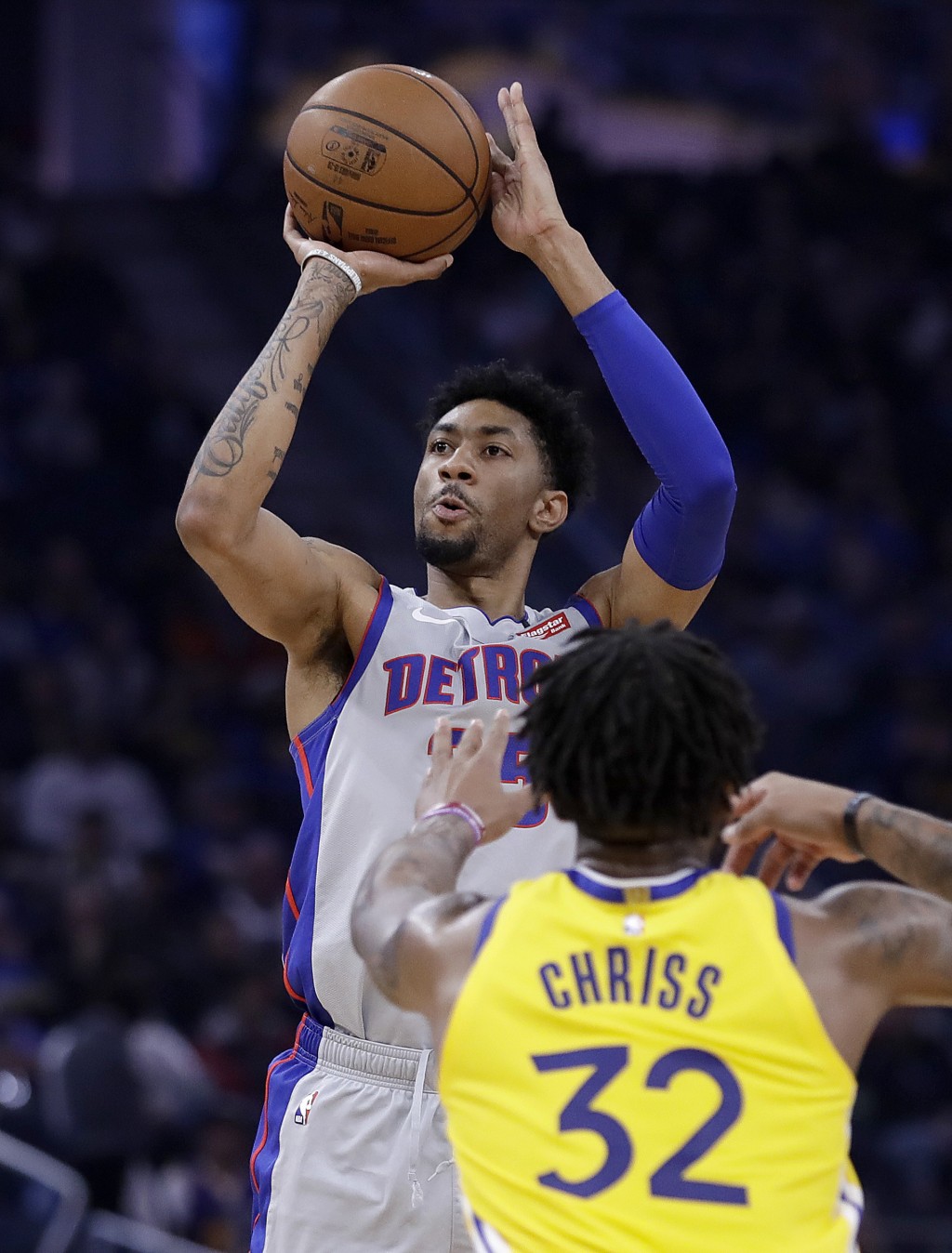 SAN FRANCISCO (AP) — Andre Drummond had 14 points and 18 rebounds before fouling out late, Derrick Rose scored 22 points off the bench, and the Detroit Pistons beat the Golden State Warriors 111-104 on Saturday night to snap a three-game losing streak.

Draymond Green was ejected with 4:57 left in the third. The Warriors had pulled within 73-68 but Detroit responded with a 9-1 burst and led 83-80 going into the fourth.

Rose shot 10 for 16 to help the Pistons finish 51.8% from the floor. They played the first game of a Northern California-Southern California back-to-back and ended a four-game road skid with just their second victory in the past 10 games.

After nine players scored in double figures in a 126-112 loss at the Clippers on Thursday, five players did so in this game.

Golden State’s Glenn Robinson III, who played for the Pistons last season, missed his first 10 shots before finally making his first and only basket with 3:03 left.

They're getting antsy to do far more. Curry has been cleared to travel though coach Steve Kerr doesn't require it for injured players.

Both are on schedule with their respective rehab programs.

Curry has a broken left hand while Thompson is recovering from surgery for a torn ACL in his left knee suffered during the deciding Game 6 of the NBA Finals.

“They're definitely restless. They've been restless this whole season," Kerr said. “I think they have also benefited from the break. The five-year run for those two guys in particular was exhausting, so in an ironic way this has been probably a good chance for them to blow off some steam and to whatever metaphor you want to use, cool their engines. But that can only last for so long. They're both dying to play, and we're dying to have them back."

D’Angelo Russell missed a third straight game because of an inflamed right shoulder but is expected back for Monday's game at Sacramento.

Kevon Looney, who is dealing with left abdominal soreness in his latest setback during an injury-plagued season, could be playing again next week if all goes well. He has been limited to just 10 games so far.

Former Warriors center Zaza Pachulia, now a consultant for the team in the basketball operations department, spent last season with the Pistons before retiring as a player. He caught up with old Detroit teammates and coaches on the court before the game.

Pistons: Detroit improved to 5-13 on the road and 3-3 vs. the Western Conference away from home. This road trip marks the team’s first with at least one game in each time zone since Dec. 5-16, 1979. ... The Pistons won for just the third time in the last 16 meetings with the Warriors, who visit Motown on March 20 for the second matchup.

Warriors: Burks has scored in double figures in 17 of the last 19 games. ... Golden State shot 8 for 21 in the opening quarter. ... The Warriors were outrebounded 46-42. ... C Willie Cauley-Stein returned from a two-game absence because of an illness to play 14 minutes. ... The Warriors recalled rookie Jordan Poole from the Santa Cruz Warriors after he averaged 26 points during his three-game stint in the G League. ... Golden State is 2-8 vs. the Eastern Conference. ... The Warriors had won eight of the last nine meetings with Detroit at home. The teams have split three of the past four season series, with each winning at home in 2018-19.