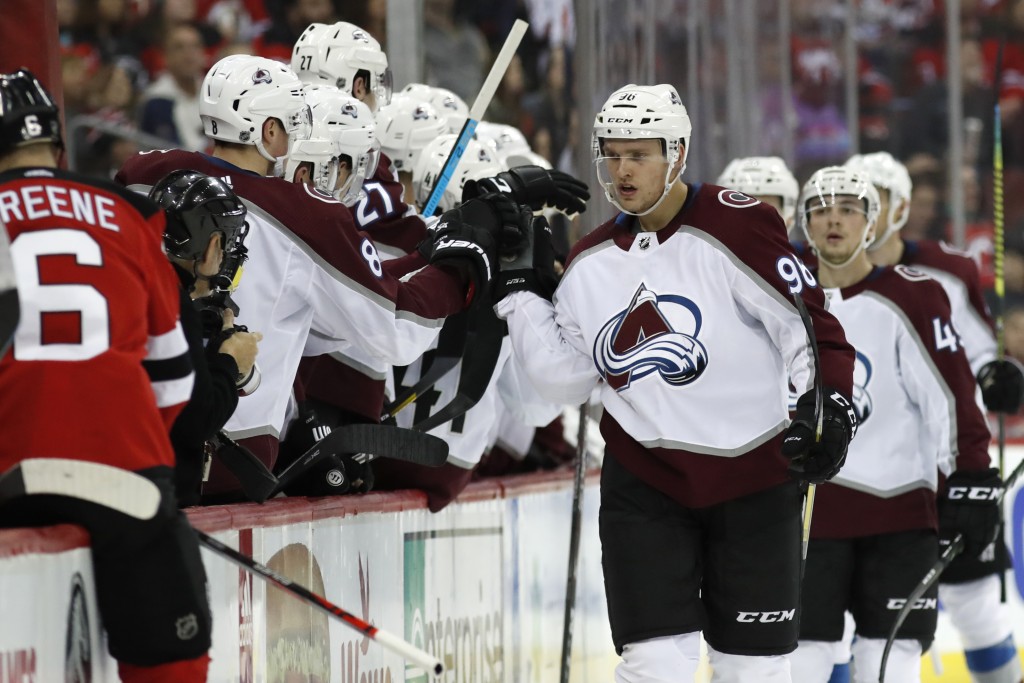 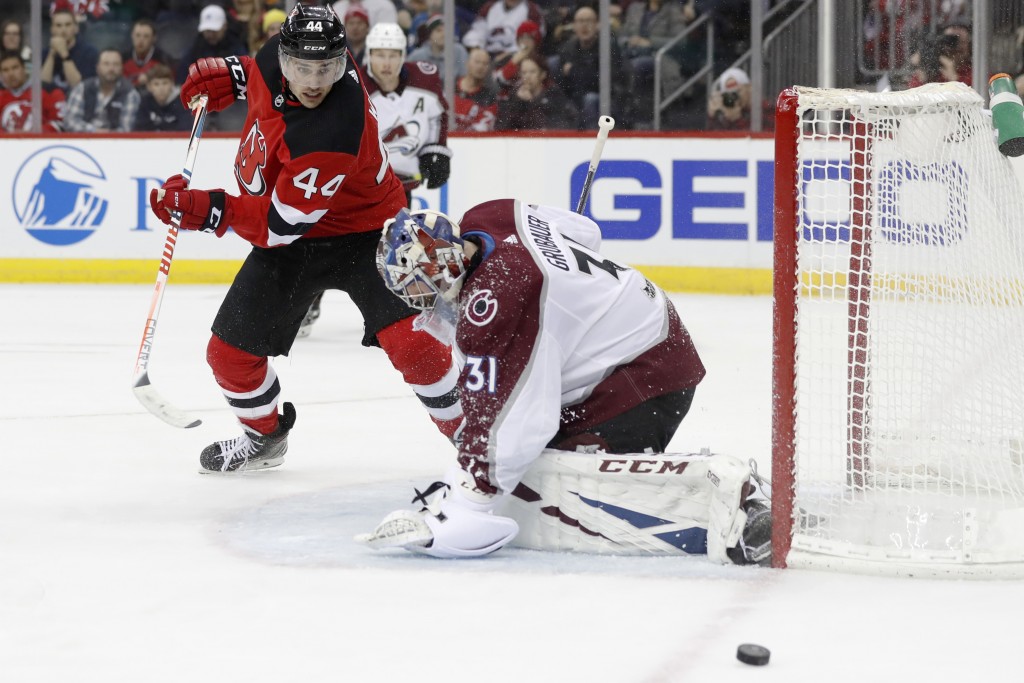 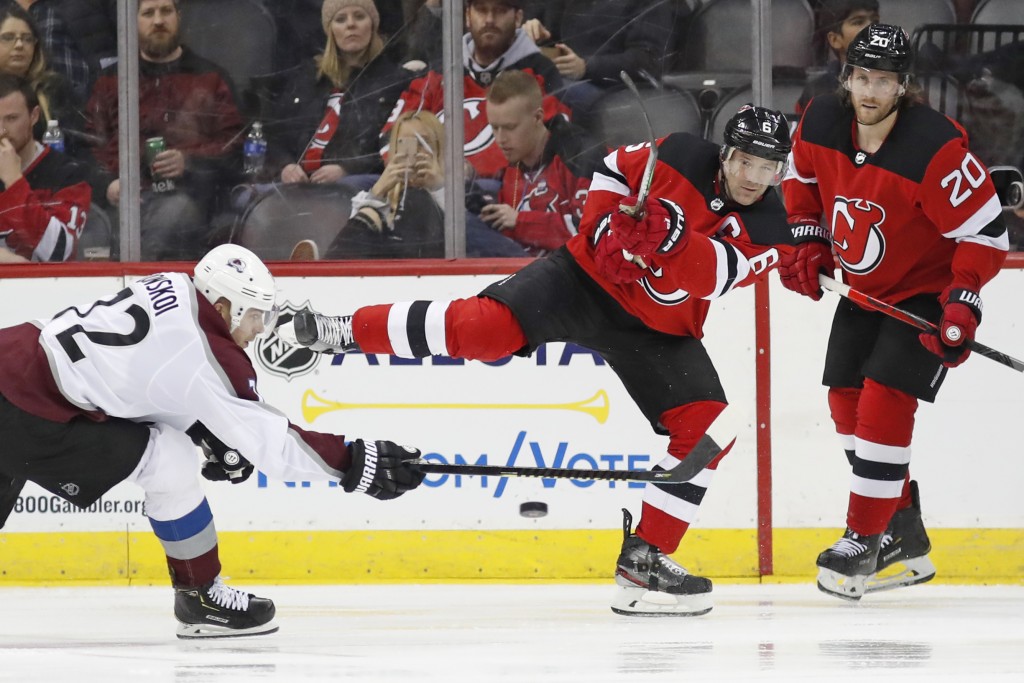 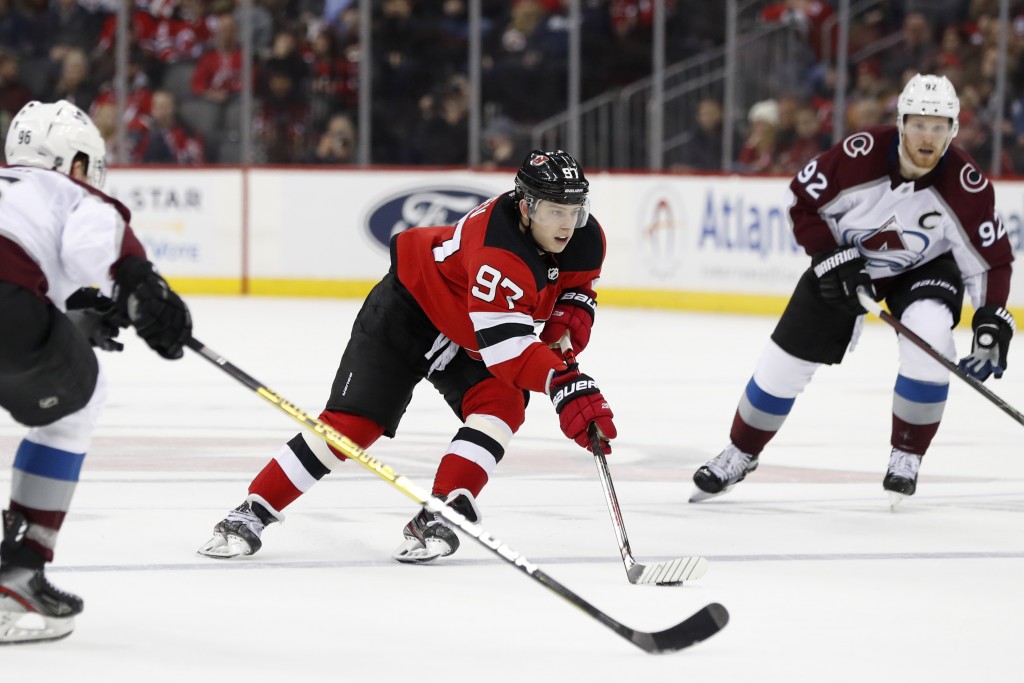 Ian Cole and Pierre-Edouard Bellemare each had a goal and an assist for Colorado. Philipp Grubauer made 28 saves in posting his fourth win over the Devils in four tries.

Blake Coleman and Jesper Boqvist scored in the third period for the Devils, who ended a season-best three-game winning streak. Mackenzie Blackwood made 29 saves.

The hat trick was Rantanen's second. He had one against Montreal on Feb. 7, 2017.

After a scoreless first period, the Avalanche posted a two-goal second period and a goal in the opening seconds of the third.

Rantanen, who has 10 goals in 17 games since returning from an injury that sidelined him more than a month, opened the scoring at 11:23 of the second period. MacKinnon made the play, making a spin move and finding the Finn for a shot from the right dot.

Cole doubled the margin with 4:26 left in the period with a shot from the point shortly after Bellemare won a faceoff.

Rantanen got his second of the game 8 seconds into the final period when he was set up in front by rookie defenseman Cale Makar. The third was put into an empty net with 16 seconds to play.

Coleman made it 3-1 at 6:36, but Bellemare scored a disputed goal at 13:49. Matt Calvert inadvertently tripped Blackwood behind the cage and Bellemare ripped a shot into a open net. The Devils challenged, but the ruling on the ice was not changed.

The Avs had a goal waved off in the first period when Joonas Donskoi used a high stick to knock a rebound out of the air past Blackwood.

Avalanche: At Islanders on Monday night in the second game of New York area tour.