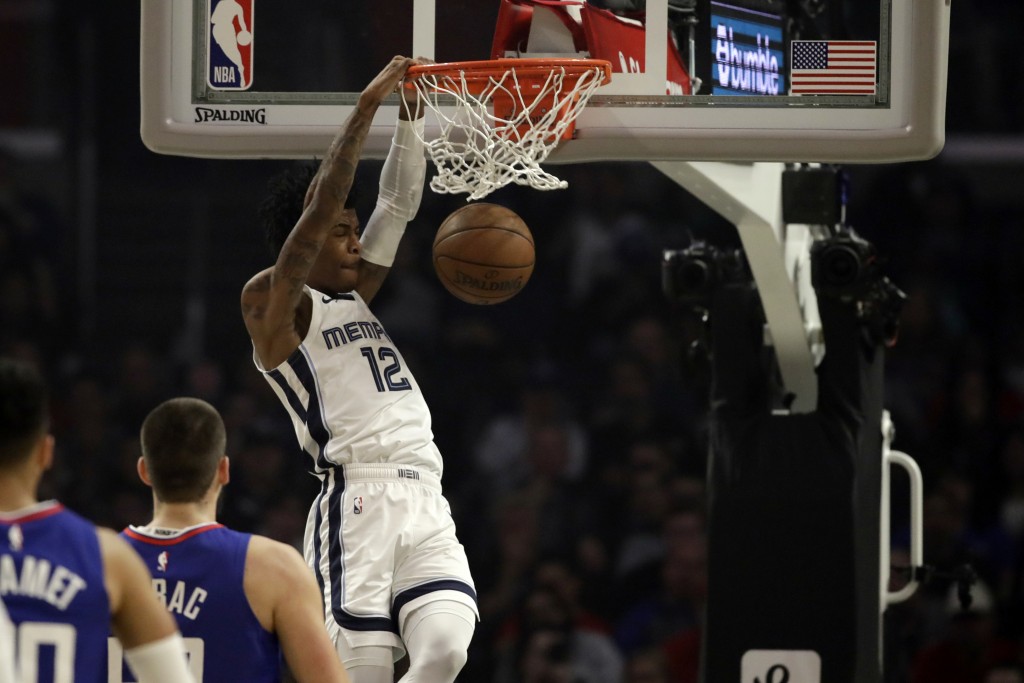 Jaren Jackson Jr. added 24 points, and Ja Morant and Dillon Brooks had 22 points each to help Memphis improve to 7-10 on the road with its highest scoring game of the season.

Montrezl Harrell led the Clippers with 28 points, and Kawhi Leonard and Lou Williams added 24 points each. The team appeared out of sorts from the start without George. He sat out with left hamstring tightness and Los Angeles clearly missed his defense.

The usually stoic Leonard complained to the referees, who hit him with a technical after the halftime buzzer. Coach Doc Rivers stayed on court discussing it and was unhappy about other calls in the game.

The Grizzlies raced to an 18-point lead to open the game, highlighted by a 16-2 run that included four 3-pointers. By the time Williams made the Clippers' first 3-pointer late in the second, cutting their deficit to seven, the Grizzlies had already connected on 10 3s. Los Angeles never got closer.

NEW YORK (AP) — Fred VanVleet had 29 points and 11 assists, Kyle Lowry scored 26 points and Toronto bounced back from its worst offensive performance of the season to beat slumping Brooklyn.

Spencer Dinwiddie scored 23 points for the Nets. They have lost five straight games.