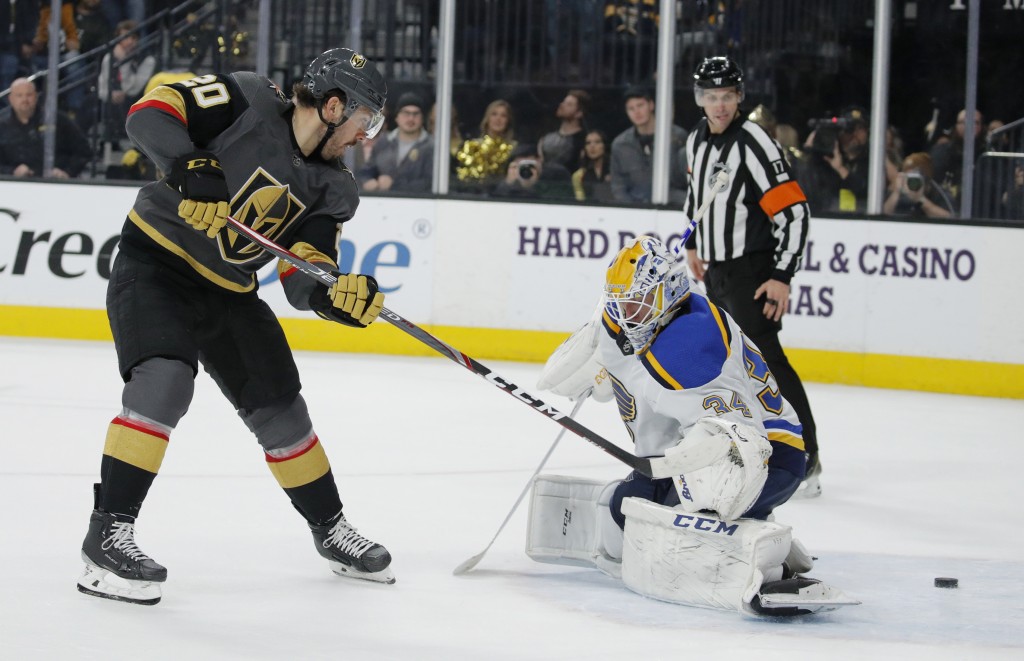 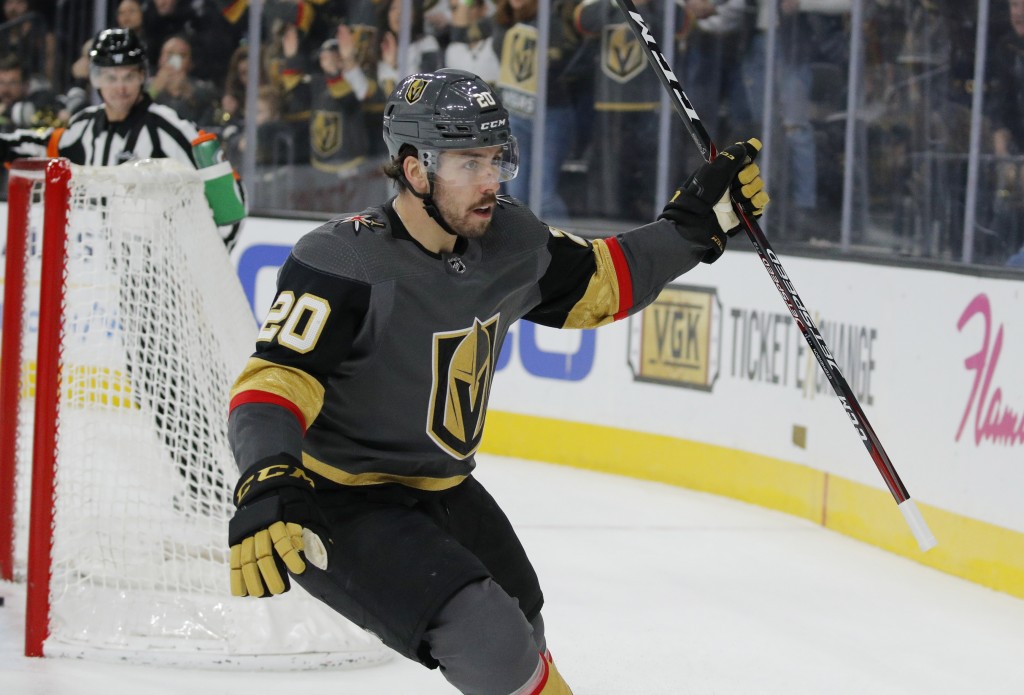 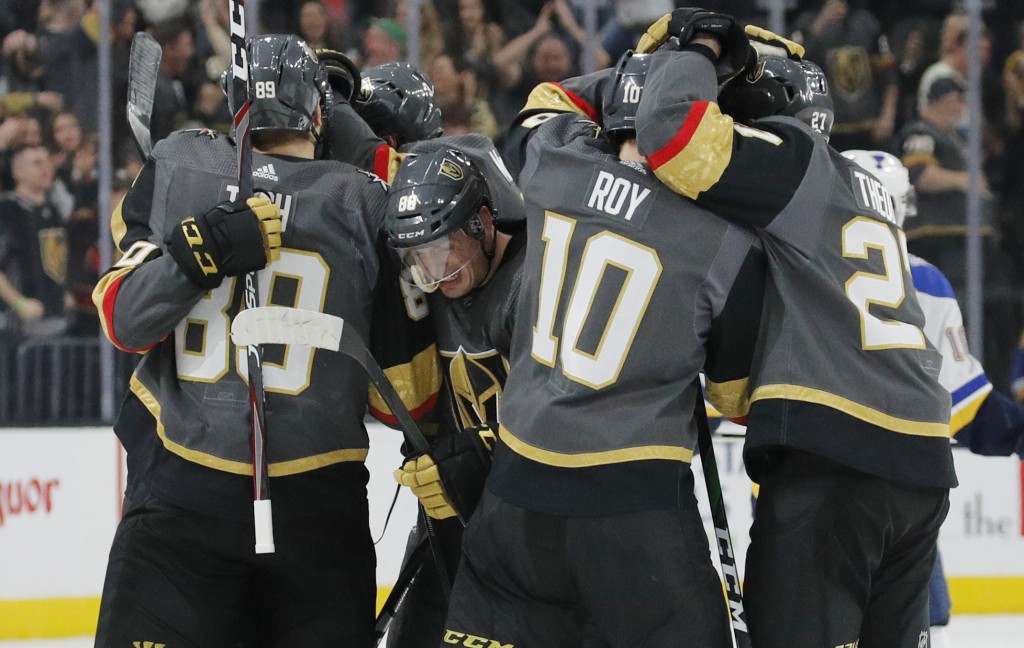 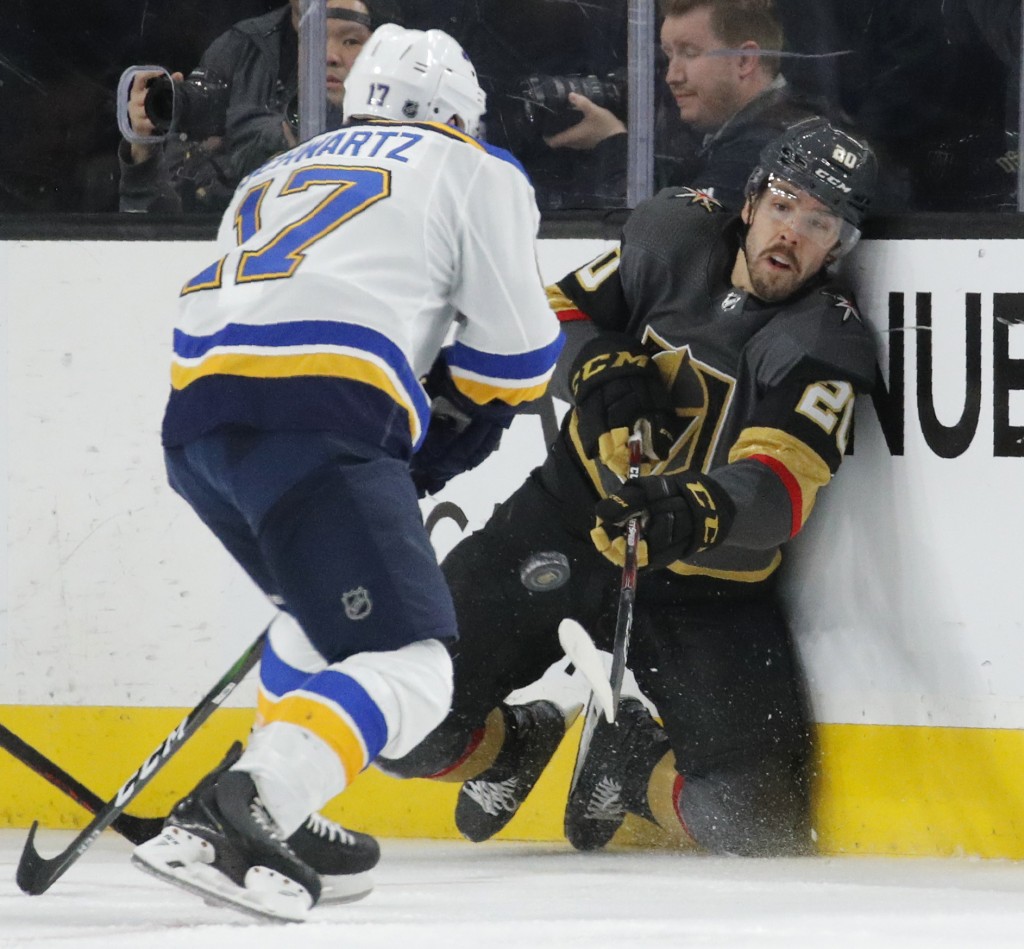 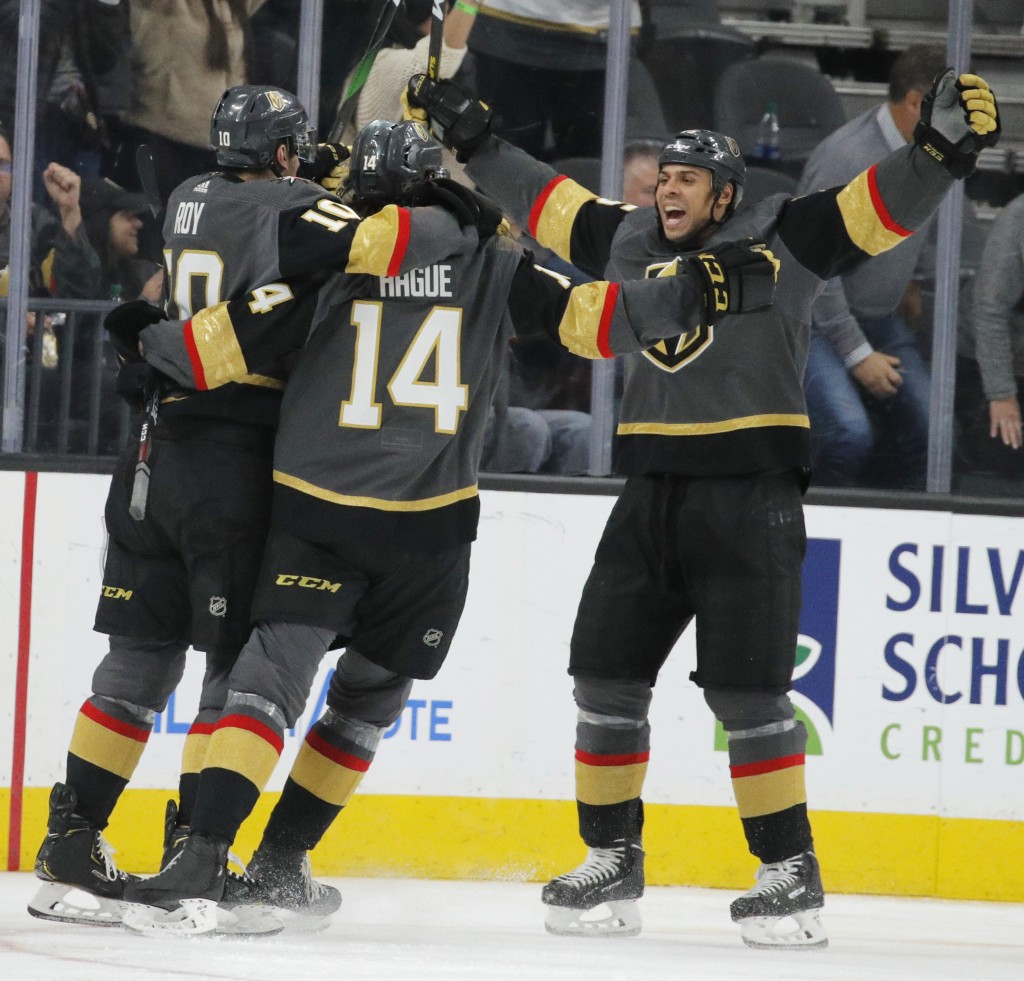 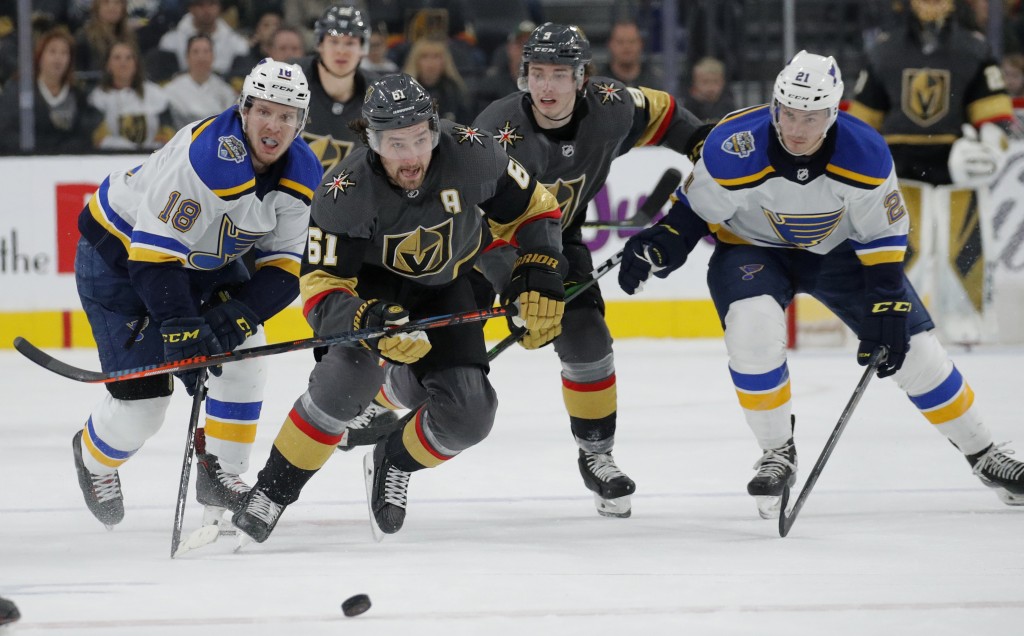 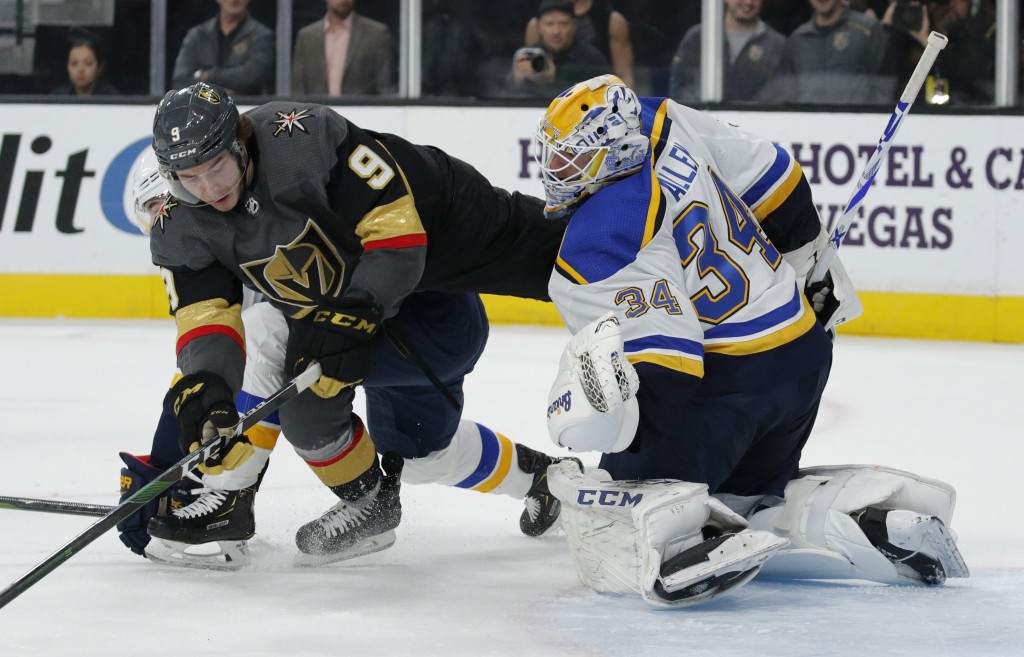 Pacific Division-leading Vegas is 15-6-3 since Nov. 17 and leads the NHL with 33 points in that span.

The Blues are 5-0-3 against the Golden Knights since they entered the NHL in the 2017-18 season and remained the only NHL team that has never lost in regulation against Vegas.

Stephenson streaked in on a breakaway and beat Allen with a backhand with 3:01 into overtime.

Perron made it two straight assists — his first two points in five games against his former team since rejoining the Blues last season — when he entered the offensive zone and passed to Schwartz, who promptly beat Fleury with a wrist shot glove side.

St. Louis extended the margin to three when Sundqvist skated in to the right of Fleury and whacked a bouncing rebound into the net.

Reaves, who started his career with St. Louis, punched in Vegas' first goal through gridlock in front of the net, cutting the Blues' lead to 3-1. It was Reaves' first goal against his former team.

Stastny kept the theme of scoring against former teams going, as he cut St. Louis' lead to one when William Carrier danced his way in and around the defense before finding an open lane. Carrier came from behind the net and passed to Stastny, who spent 3 1/2 seasons with the Blues. Stastny has 12 goals and 31 points against St. Louis.

Roy tied it with his second goal of the season when he gathered a rebound of Nic Hague's rip from the slot, went backhand-forehand and slipped the puck past Allen.

Stephenson set up the go-ahead goal midway through the third period, when he swiped the puck at the blue line and fed Smith, who skated in and beat Allen.

Three minutes later, Perron scored his first goal against Vegas when he slapped one from the right circle that Fleury likely never saw, tying it at 4 with 6:50 left.

NOTES: Since Jan. 2, 2019, the Blues have the best record (56-20-11) and most points (123) in the NHL. ... Vegas' Gerard Gallant and St. Louis' Craig Berube will coach the Pacific and Central Division in this year's All-Star Game. ... Jonathan Marchessault was scratched for the second straight game with a lower-body injury. ... Rookie Cody Glass took a tumble in the third period and was helped off the ice with what appeared to be a lower-body injury and didn't return.