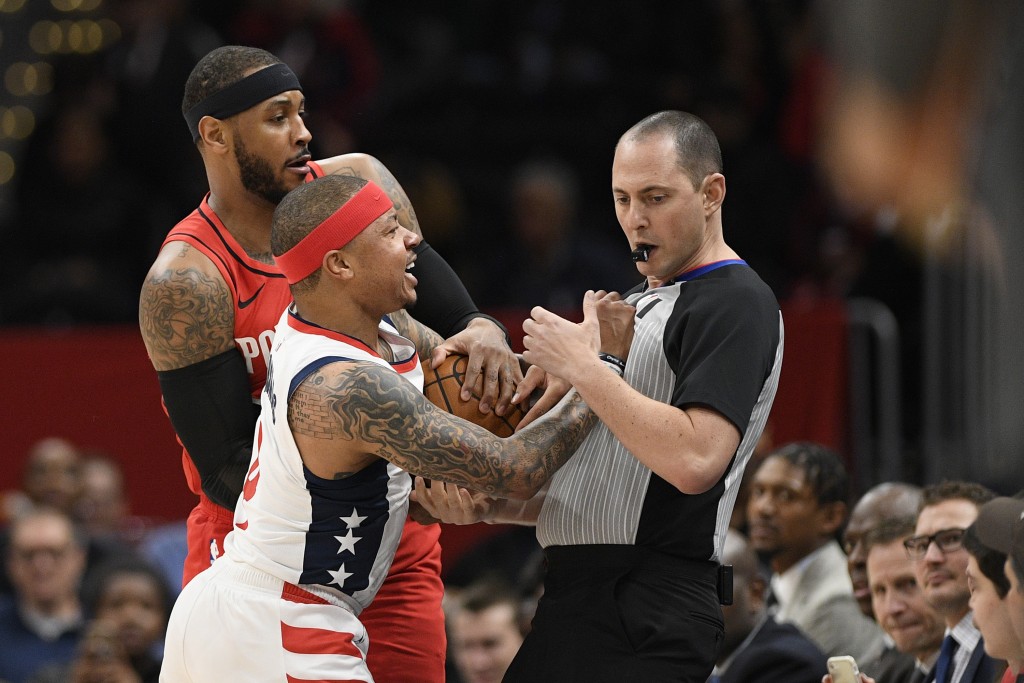 NEW YORK (AP) — Washington Wizards guard Isaiah Thomas was fined $25,000 by the NBA on Saturday for making inappropriate contact with a game official.

Thomas received a technical foul and was ejected early in the Wizards’ 122-103 home loss to the Portland Trail Blazers on Friday night.

Thomas was tied up along the sideline by Portland's Carmelo Anthony. As Thomas broke away from Anthony, he made contact with referee Marat Kogut, who stumbled into the crowd.

Thomas received a two-game suspension after walking into the stands to confront two fans following a timeout in Philadelphia on Dec. 21.