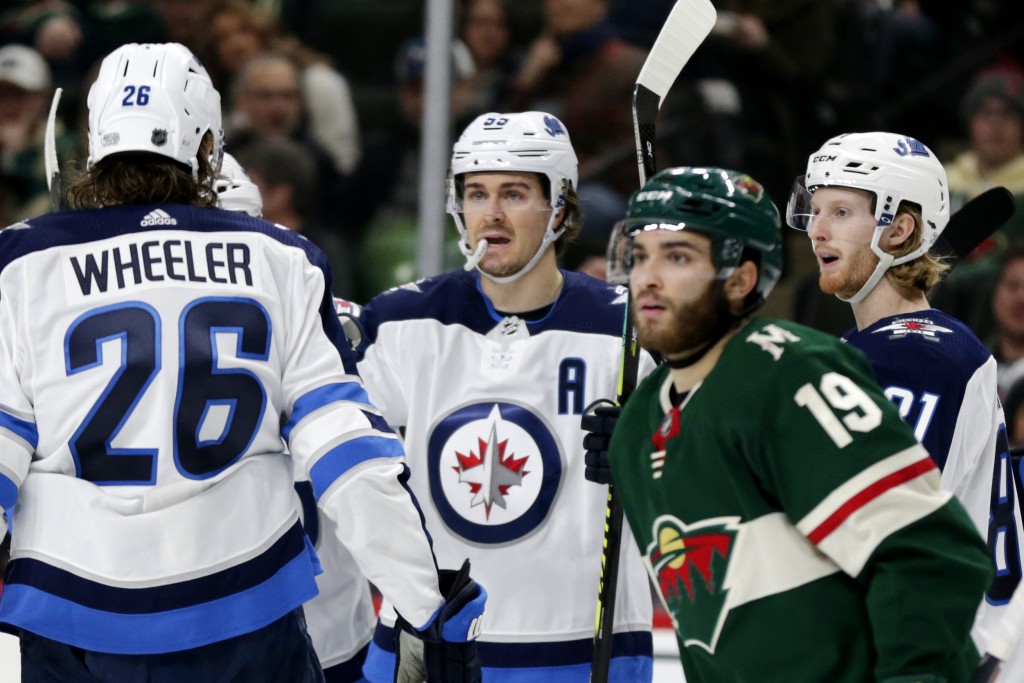 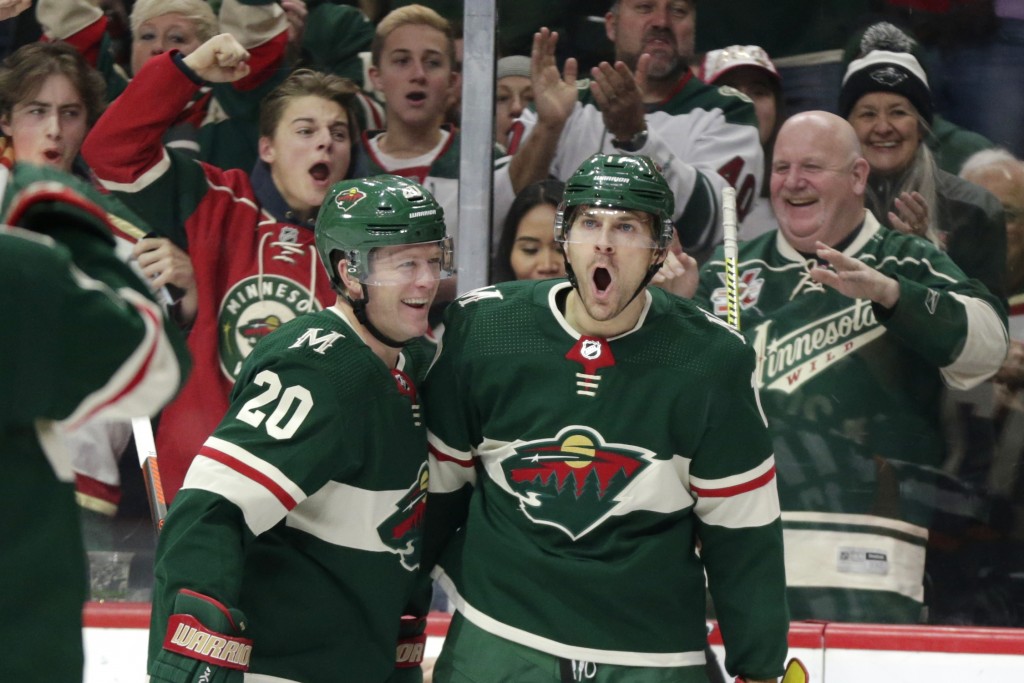 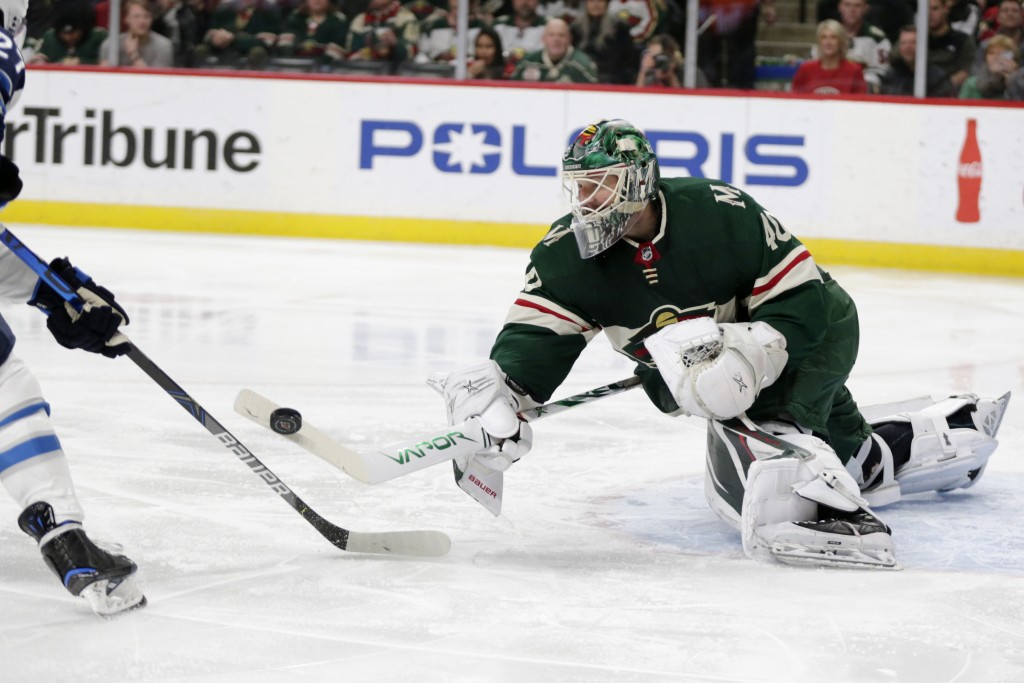 ST. PAUL, Minn. (AP) — Eric Staal poked home a rebound after a scramble in front of the Winnipeg goal on Saturday, sending the Minnesota Wild past the Jets 3-2 in overtime.

Marcus Foligno and Luke Kunin also scored for Minnesota, which put up a season-high 44 shots on goal. Devan Dubynk stopped 19 shots for the Wild, who finally solved Winnipeg's league-worst penalty-kill.

Minnesota was 0-for-5 on the power-play in regulation before scoring on Blake Wheeler's slashing penalty in the extra session.

Wheeler and Mark Scheifele scored for the Jets, who have lost three of their past four games. Connor Hellebuyck made 41 saves for Winnipeg.

The Jets led 2-1 after Wheeler scored a power-play goal 52 seconds into the third period, but Minnesota pressured and pushed the game to overtime with Kunin's goal with 5:32 remaining.

The Wild outshot the Jets 16-4 in the third.

Winnipeg scored both its goals with the man-advantage and has scored on the power-play in six of its past seven games and are 7-for-21 during that stretch.

Meanwhile, Minnesota's power-play had struggled before overtime. The Wild are now 5-for-42 on the power-play in their last 15 games. Minnesota has also allowed 16 power-play goals to opponents in the last 21 games.

Staal's winner was his first overtime goal since Dec. 29, 2011 against Toronto when he was with the Carolina Hurricanes.

Minnesota appeared ready to break its scoring slump when Foligno scored his fifth goal of the season 1:12 into the game. Foligno finished off a series of passes from Luke Kunin and Joel Eriksson Ek with an easy goal into an open net as Hellebuyck tried to slide across the crease.

Hellebuyck shutout the Wild in a 6-0 win in Minnesota on Dec. 21.

One power play was all Winnipeg needed to get going.

Scheifele scored with a quick shot following a cross-ice pass from Wheeler 39 seconds into the second period.

Wheeler scored his 14th goal of the season 52 seconds into the third period. The Jets started the period with the man-advantage following Jordan Greenway’s high-sticking, double-minor penalty near the end of the second.

NOTES: Scheifele reached the 20-goal mark for the fifth straight season. Only Ilya Kovalchuk (eight) and Blake Wheeler (six) have more 20-goal seasons in Atlanta/Winnipeg franchise history. … Jets D Neal Pionk had an assist to give him a career-high 27 points this season. He had 26 points in 72 games last season for the New York Rangers. … Minnesota recalled D Louie Belpedio from Iowa of the American Hockey League, and sent D Nick Seeler to Iowa on a conditioning assignment. Belpedio was not in the lineup.