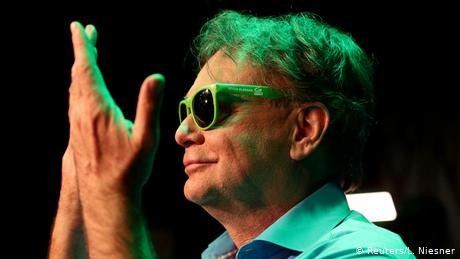 A coalition deal between Austria's center-right People's Party (ÖVP) and the leftist Green party was approved at a meeting of the Greens' Federal Congress in Salzburg on Saturday.

The agreement, reached on Wednesday after months of negotiations, retained much of the hard line on immigration and "political Islam" seen under the last coalition government between Sebastian Kurz's ÖVP and the far-right Freedom Party (FPÖ).

It includes environmental measures such as increasing a tax on flights slightly and expanding Austria's rail network. But the Greens' flagship policy of overhauling taxation to include carbon emissions was put off until at least 2022.

The deal favors extending a ban on headscarves in schools until the age of 14, from around 10 currently, as well as preventive custody for asylum-seekers deemed potentially dangerous.

What else is in the deal?

The so-called Ibiza-gate scandal — involving a video showing Strache offering favors to a fake Russian investor — triggered elections in September, in which disgruntled voters fled from the FPÖ and handed 37.5% of the votes to the ÖVP. The Greens captured 13.9%, a record high for the environmentalists.

Kurz, 33, will return to power after a seven-month hiatus and reclaim the title of the world's youngest serving head of government from new Finnish Prime Minister Sanna Marin, who is 34.
Read more: Austria: Greens enter government for first time, join Kurz's conservatives