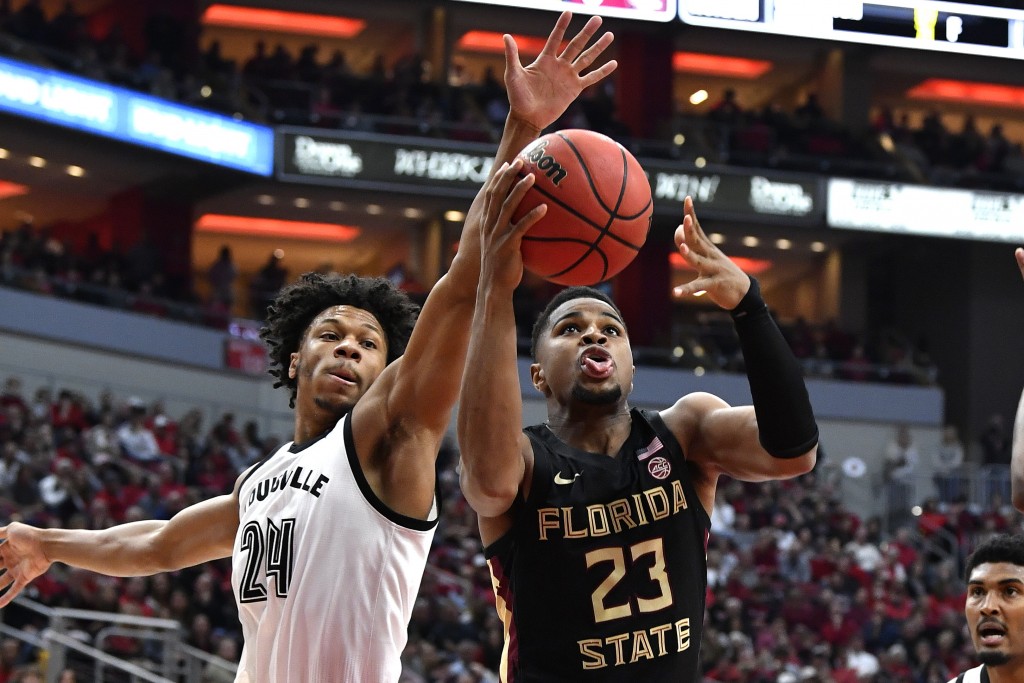 The Seminoles (13-2, 3-1 Atlantic Coast Conference), who were 6 1/2-point underdogs, endured a big game from Louisville's Jordan Nwora to pull the upset. The preseason All-American scored 32 points, matching a career high.

But the Cardinals (11-3, 2-1) could not overcome a 55.2% shooting performance by the Seminoles in losing their second straight. Florida State made a season-best 11 of 23 3-pointers.

Nwora had a hot hand early for Louisville, scoring 21 points in the first half. The junior shot 6 of 9 from the floor, but the Cardinals combined to make just 10 of 37. They went the last 5:04 without a field goal as the Seminoles took 39-32 lead into the break.

Walker helped offset Nwora’s early barrage. The junior came off the bench to score 15 points in the first half on 6-of-8 shooting, including 3 of 5 from 3-point range.

Walker finished one point short of his career high. Trent Forrest added 20 points on 9-of-11 shooting, and Devin Vassell scored 14.

Florida State led 52-42 with 13:43 remaining. Louisville cut that to 54-51 on Nwora's putback, but that was as close as the Cardinals would get.

Florida State: The Seminoles' perimeter shooting not only helped them beat a top-10 team on the road, it also gave them wins at Louisville in consecutive seasons for the first time in a series that dates back to 1968.

Louisville: Playing for the third time in 17 days, the Cardinals had their worst shooting half of the season in the first half. They followed that up by committing 11 of their 16 turnovers in the second.