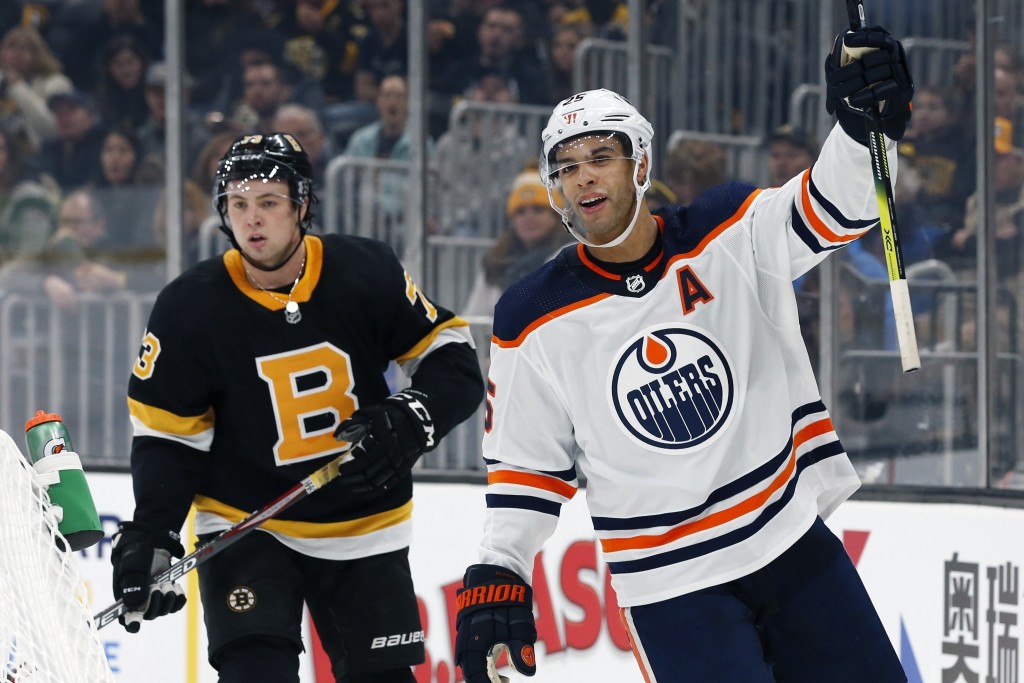 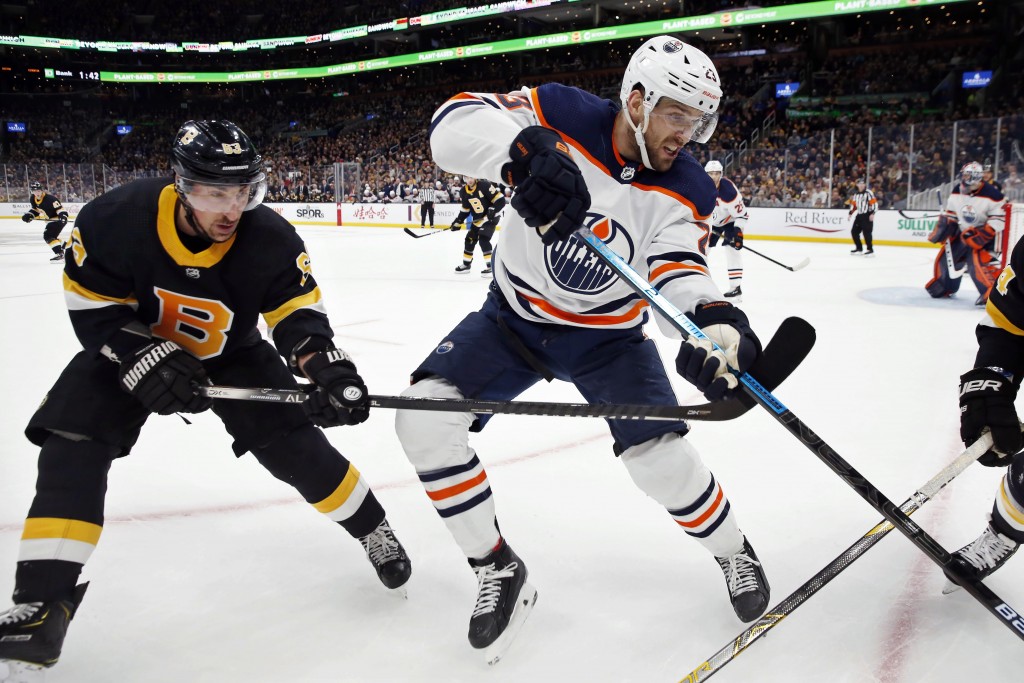 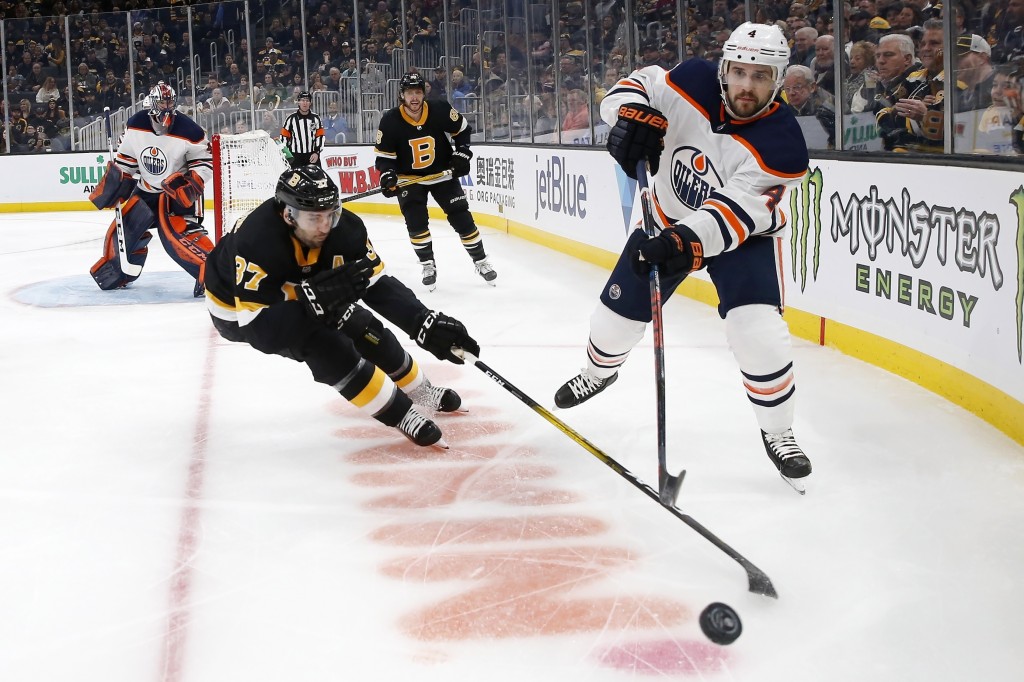 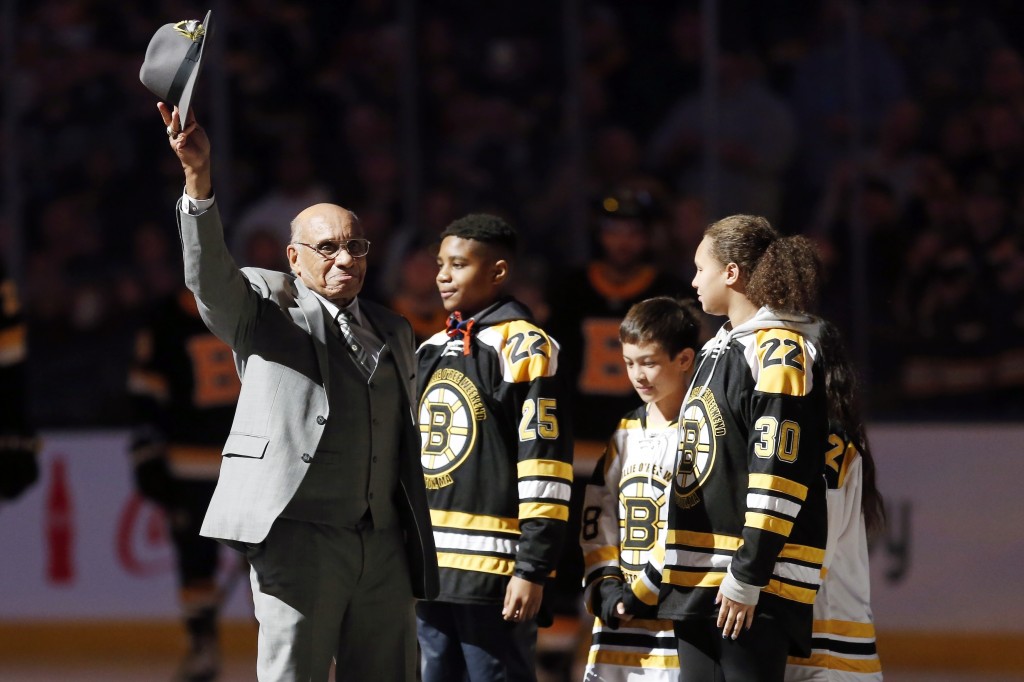 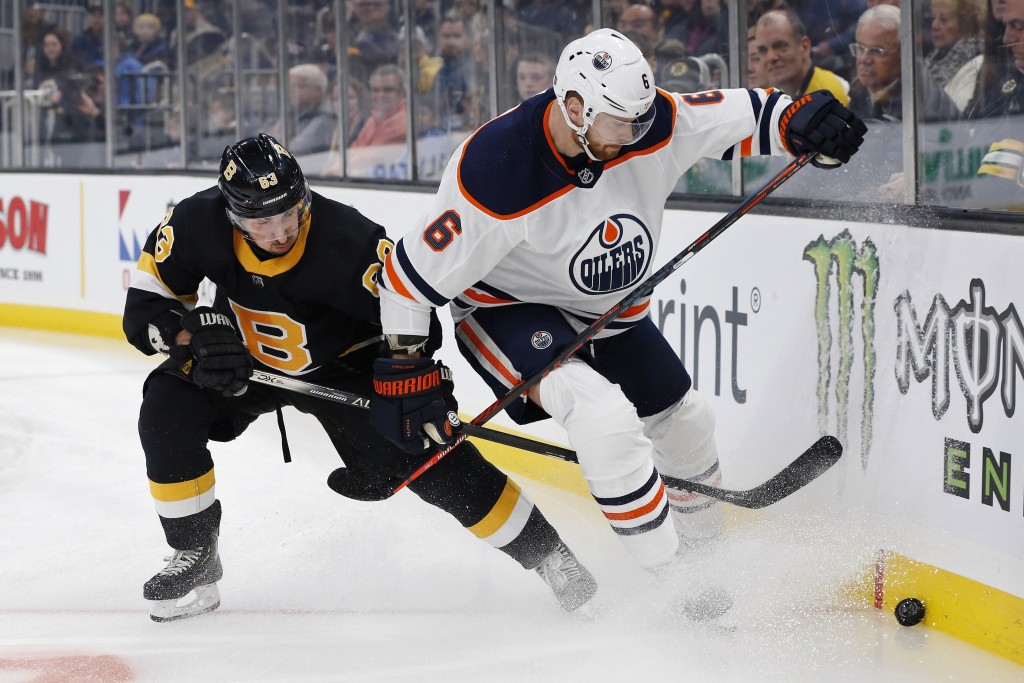 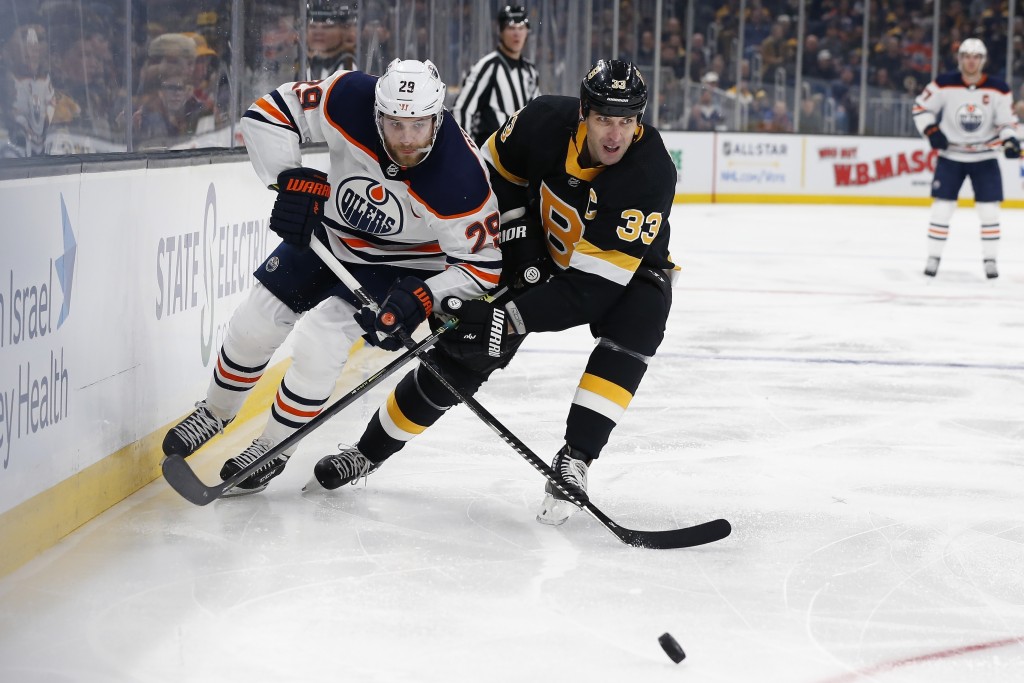 BOSTON (AP) — Darnell Nurse and Gaetan Haas each had a second-period goal off a poor Boston play, Connor McDavid added an insurance score in the third after being stopped twice by Jaroslav Halak and the Edmonton Oilers beat the Bruins 4-1 on Saturday.

Mike Smith made 35 saves for the Oilers, who won for the second time in five games. Leon Draisaitl added an empty-net goal.

David Pastrnak scored his NHL-leading 31st goal for the Bruins, who have won just four times in their past 10 games. Halak made 22 saves.

Nurse’s goal with 6.3 seconds left in the second gave the Oilers a 2-1 edge. He fired what looked like a relatively easy shot to handle from the left circle, but the puck slipped into the net between the post and Halak’s right shoulder.

McDavid cut down the slot after taking a pass from Zack Kassian and slipped a wrister into the net for his 23rd goal 1:48 into the third period.

The Oilers tied it at 1 in the second when Boston winger Jake DeBrusk turned the puck over right in front of his own net — whiffing on a pass — and Haas slipped a shot under Halak 7:41 into the period.

Halak made a pair of splendid stops on McDavid in the opening period. On the first, he flashed his right pad when the center came in alone down the left wing. The second was even better; the goalie quickly slid across the crease to block his wrister from the right circle at the end of a 2-on-1 break when McDavid had a wide-open shot after a cross-ice pass.

The Oilers entered the day with the league’s best penalty-killing unit at 91%, but the Bruins need just 5 seconds to score on their first opportunity.

With Draisaitl in the box for elbowing Torey Krug, Pastrnak fired a wrister from the left circle that hit the stick of Edmonton defenseman Kris Russell and popped into the right corner of the net under the crossbar 3:10 into the game, extending his point streak to 10 games.

Pastrnak and Brad Marchand are the first set of Boston teammates to reach 60 points before the team’s 45th game since Bobby Orr and Phil Esposito in 1974-75.

NOTES: McDavid (65 points) and Draisaitl (65) entered the day as the NHL’s top two scorers, and with Pastrnak and Marchand it was four of the top five. … Boston captain Zdeno Chara is three games away from his 1,000th with the Bruins. … Draisaitl came into the game minus-26 over his past 18. … Hall of Famer Willie O’Ree dropped the ceremonial first puck. The 84-year-old was the NHL’s first black player. … Bruins D Charlie McAvoy went down briefly after getting hit in the right shoulder with a hard shot. Play stopped, he went to the bench and returned for his next shift. … The teams meet again in Edmonton on Feb. 19.

Oilers: At the Toronto Maple Leafs on Monday.

Bruins: At the Nashville Predators Tuesday.