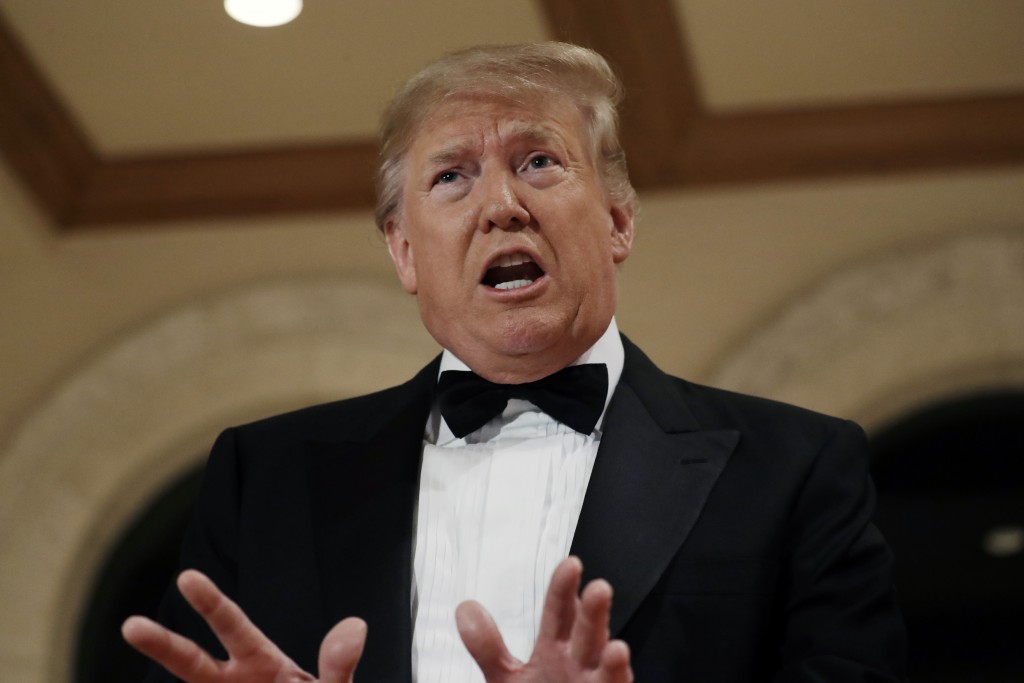 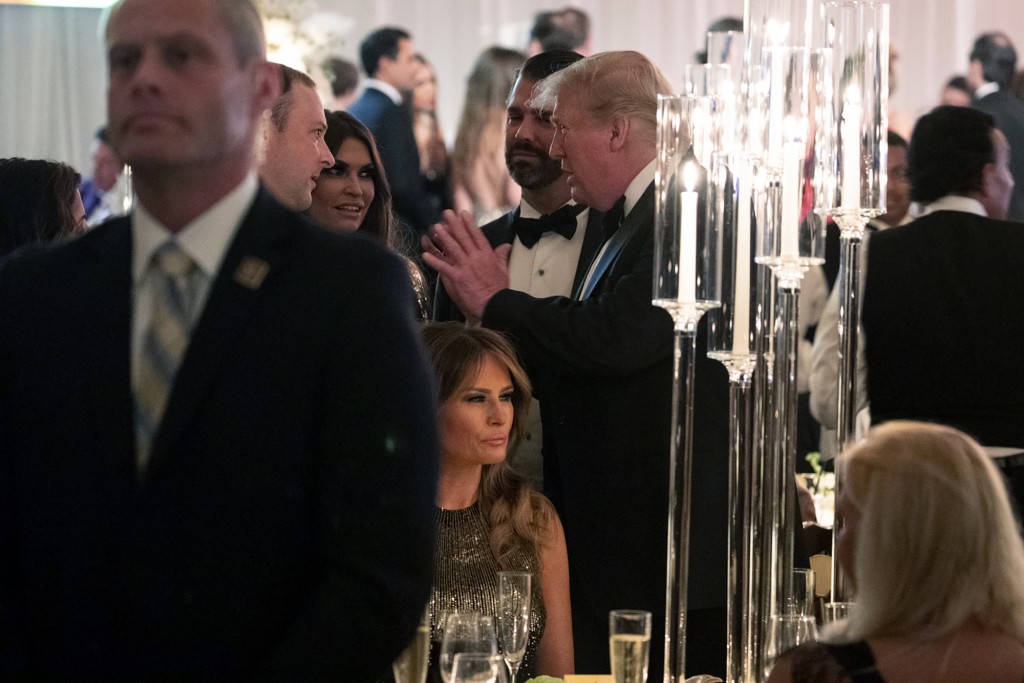 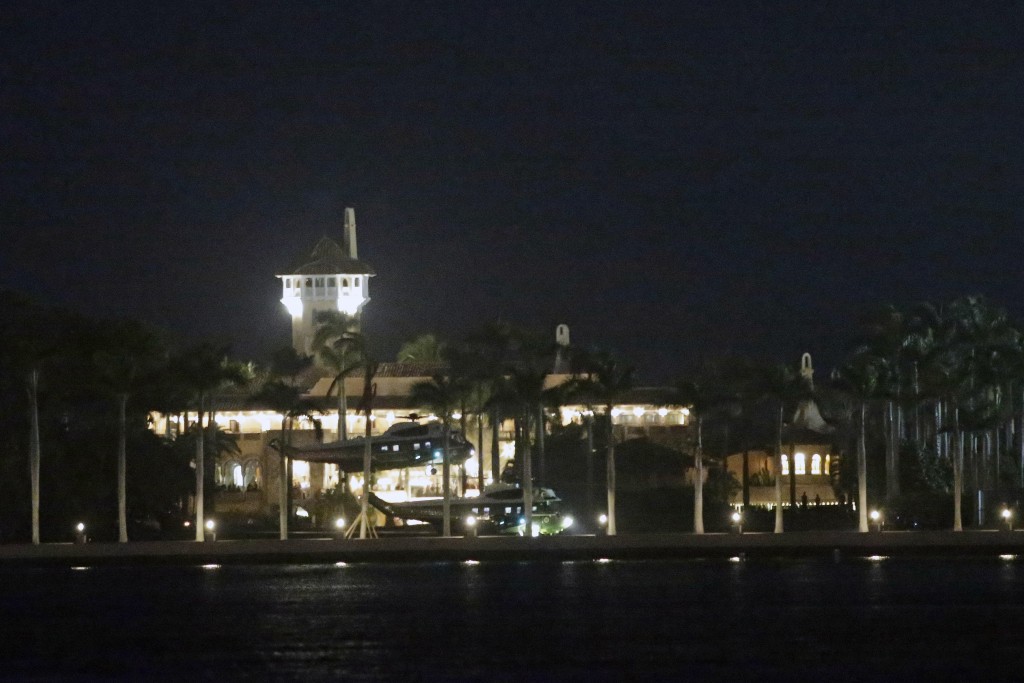 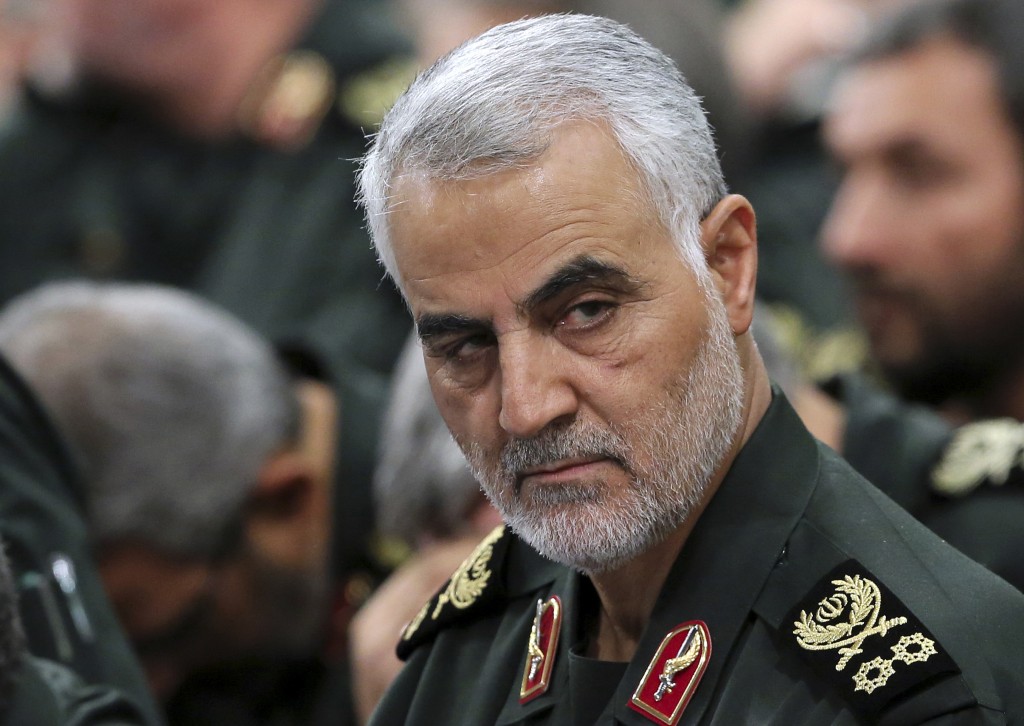 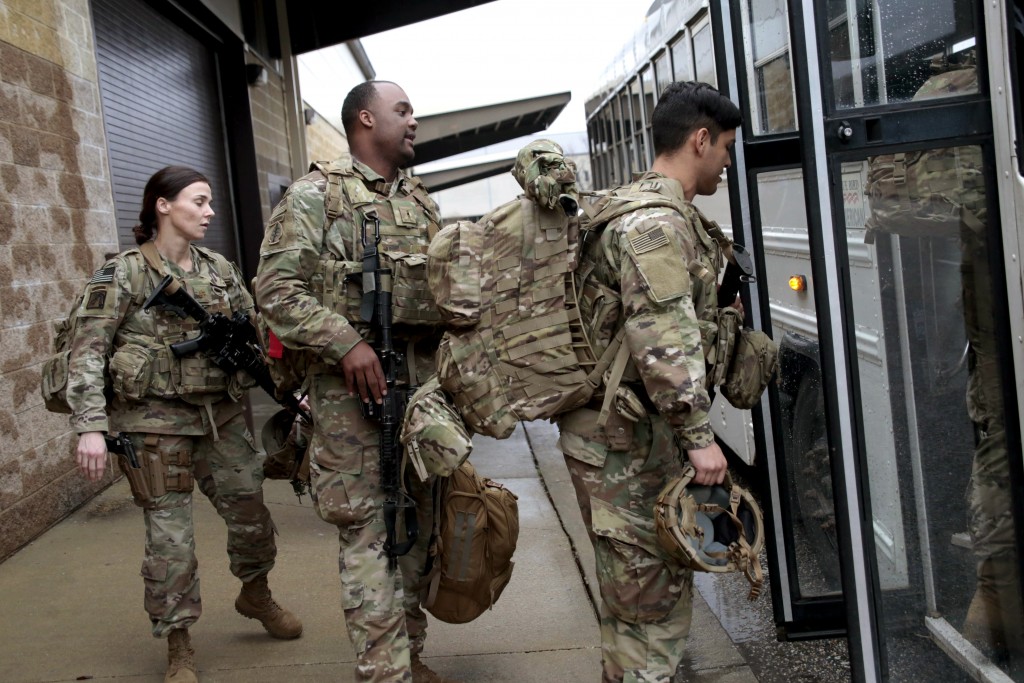 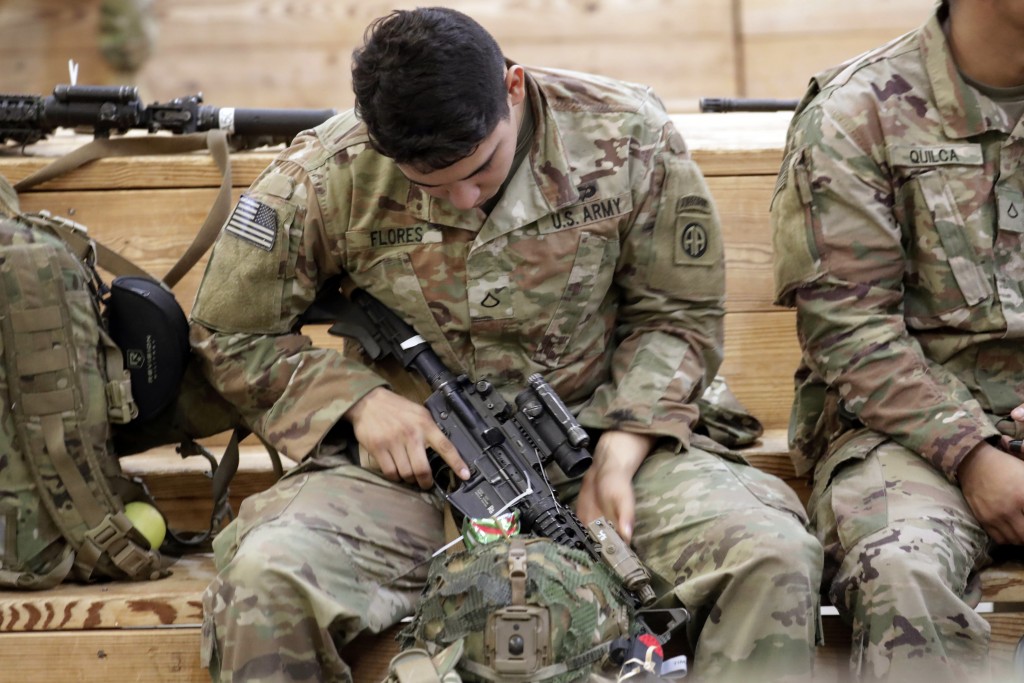 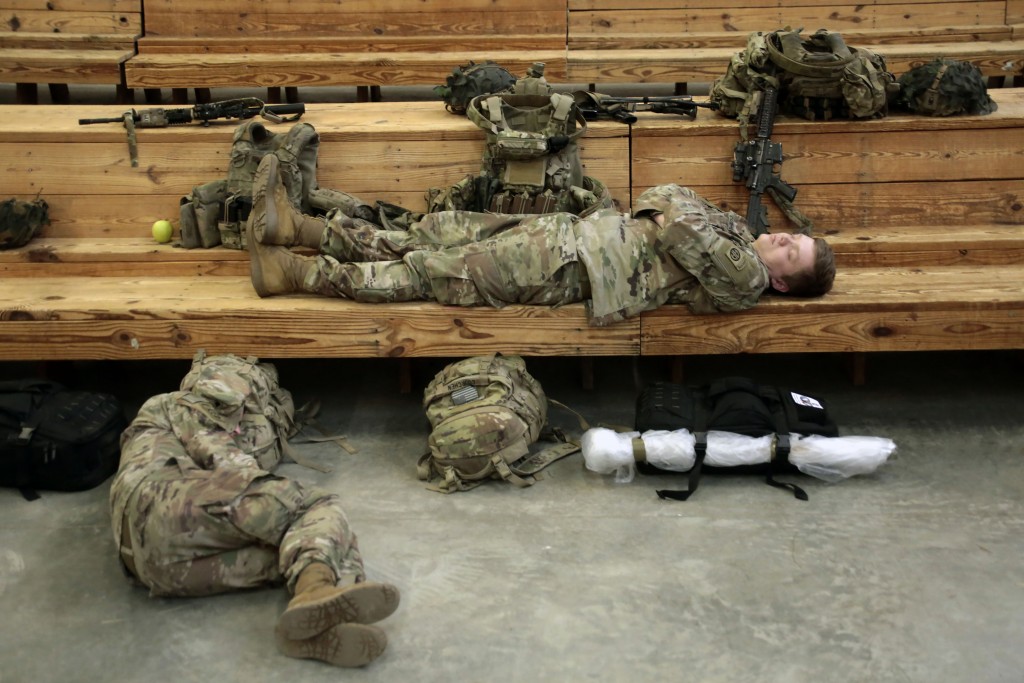 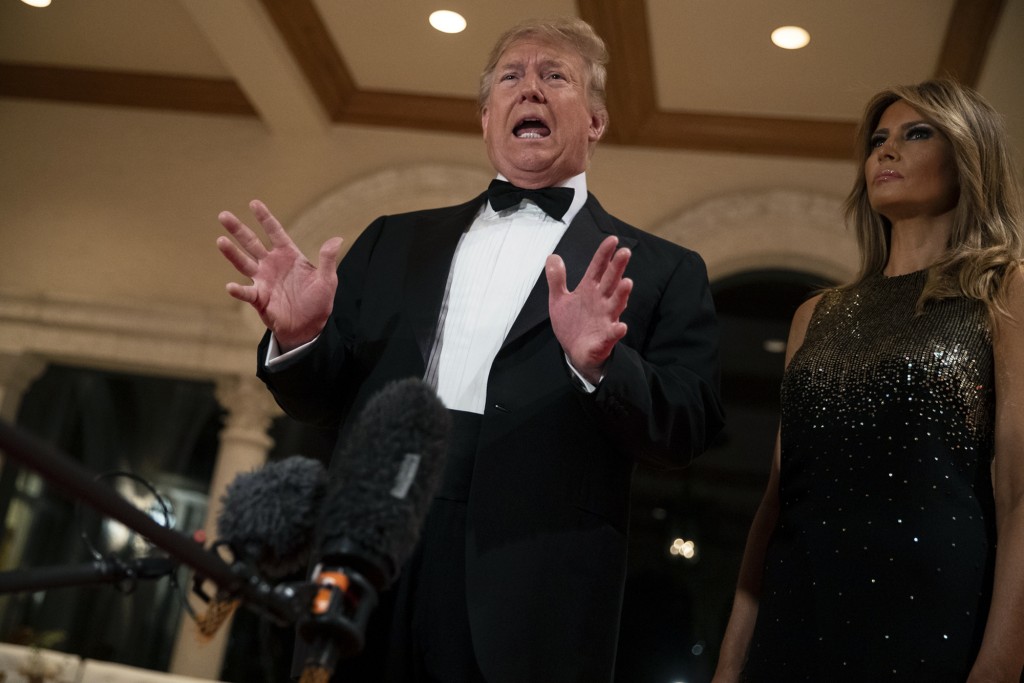 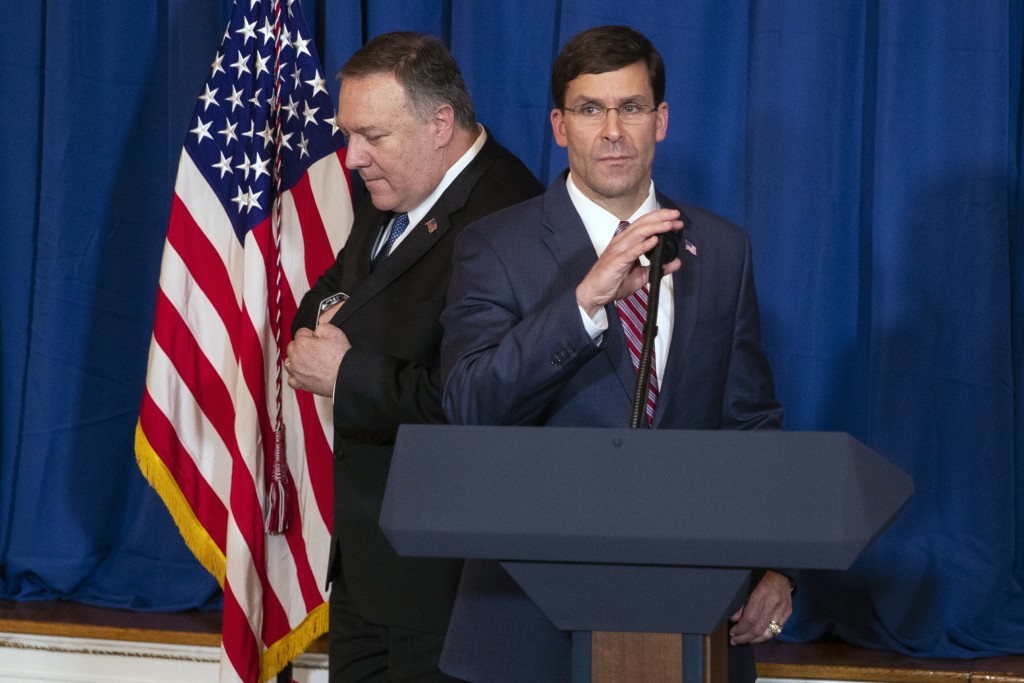 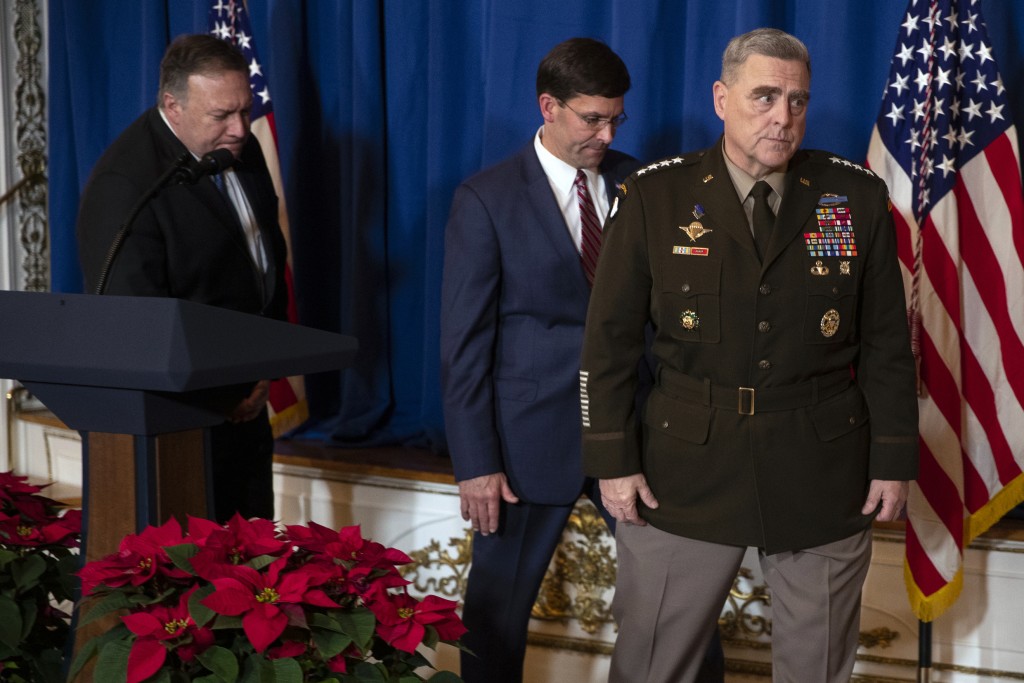 WEST PALM BEACH, Fla. (AP) — At the midway point of his annual Christmas vacation, President Donald Trump huddled at his Florida club with his top national security advisers. Days earlier, a rocket attack by an Iranian-funded group struck a U.S.-Iraqi base, killing an American contractor and wounding several others.

Trump’s advisers presented him with an array of options for responding, including the most dramatic possible response: taking out Gen. Qassem Soleimani, the head of Iran’s elite Quds force and the man responsible for hundreds of Americans deaths.

Trump immediately wanted to target Soleimani. It was a decision his predecessors had avoided and one that risked inflaming tensions with Tehran. Some advisers voiced concern about the legal justification for a strike without evidence of an imminent attack in the works against Americans. So other options were discussed in the coming days with Secretary of State Mike Pompeo, Defense Secretary Mark Esper and national security adviser Robert O’Brien, including bombing the base of the group blamed for killing the U.S. contractor.

But Trump remained focused on the option to target Soleimani, a preference that surprised the small circle of aides because the president had long been reluctant to deepen U.S. military engagement around the world. By Thursday, officials believed they had intelligence indicating Soleimani was plotting against Americans, though it’s unclear when that intelligence became known to U.S. officials.

Trump slipped out of a meeting with political advisers that day to give the final go-ahead. His decision to authorize the drone strike has sent shockwaves throughout the Middle East and dramatically escalated tensions between the U.S. and Iran.

It wasn't the first time that Trump’s lush Mar-a-Lago resort, with its $200,000 annual membership and Atlantic Ocean vistas, had been the backdrop for a momentous national security decision.

In February 2017, Trump huddled on the patio with Japan’s Shinzo Abe, in full view of club members eating dinner, to weigh a response to a North Korean missile test. Two months later, Trump authorized a U.S. missile strike on Syria, then shared chocolate cake with China’s President Xi Jinping, who was visiting Mar-a-Lago for meetings.

Trump spent much of this vacation angry about the attack on the American contractor. He stayed largely out of sight in Florida, emerging only for rounds of golf at his other nearby club and mingling with guests at a New Year’s Eve party.

Wearing a tux, Trump was asked by a reporter if he foresaw a chance of war with Iran. Raising his voice to be heard over the holiday revelers, Trump said he wanted “to have peace.”

“And Iran should want peace more than anybody,” he said. “So I don’t see that happening. No, I don’t think Iran would want that to happen. It would go very quickly.”

He betrayed no indication of the momentous decision he was already weighing. More than a half-dozen administration officials, congressional staffers and advisers close to the White House described Trump’s decision-making. Most spoke on the condition of anonymity because they were not authorized to publicly discuss private deliberations.

After Trump leaped at the option to take out Soleimani, national security officials debated about where the targeted strike should happen if they proceeded. Most did not want to attack Soleimani in Iraq, given the presence of U.S. troops there and the already tenuous situation on the ground. Some argued for the operation to occur when Soleimani was traveling in Lebanon or Syria. But when they learned Soleimani would be traveling to Baghdad on Jan. 2, they decided targeting him at the airport was their best opportunity.

Earlier that day, Trump was meeting with his political advisers about his reelection campaign when he was summoned to give the final go-ahead. Officials believed they had a legal justification and would cite intelligence suggesting that Soleimani was traveling in the Middle East to put final touches on plans for attacks that would have hit U.S. diplomats, soldiers and American facilities in Iraq, Lebanon and Syria.

U.S. officials have not been more specific about the intelligence. A congressional aide briefed by the administration on Friday said officials offered compelling details about Iran’s intentions and capabilities, but not about the timing of the supposed attacks on Americans.

The deliberations and Trump’s final decision came quickly enough that in the hours before the attack Thursday night, contingency plans for a potential Iranian response were still being finalized. The White House communications team was not given a heads-up about the strike, leaving the staff scrambling as news of the explosion spread.

The president told one confidant after the attack that he wanted to deliver a warning to Iran not to mess with American assets. Trump said he was also eager to project global strength and replicate the message he believed he sent last year after approving the raid to kill Islamic State leader Abu Bakr al-Baghdadi: the U.S. would find its enemies anywhere in the world.

Still, administration officials acknowledged that Soleimani’s killing carried a high risk of Iranian retaliation. The Pentagon is sending nearly 3,000 more Army troops to the Mideast and some troops are on standby to travel to Beirut if more security is needed at the American Embassy there.

Hundreds of soldiers deployed Saturday from Fort Bragg, North Carolina, to Kuwait. A loading ramp was filled with combat gear and restless soldiers. Some tried to grab a last-minute nap on wooden benches. The wife of a member of the 82nd Airborne who deployed earlier this past week said his departure was so abrupt she didn’t have the chance to say goodbye in person or by phone. “The kids kept going, ‘When’s dad going to be home?’” said April Shumard, 42. “It’s literally thrown me for a loop. And him as well. He’s still in disbelief of where he’s gone. Our heads are spun.”

At Trump addressed the nation Friday for the first time after Soleimani’s killing, he declared that the Iranian general’s “reign of terror was over.”

"We took action last night to stop a war. We did not take action to start a war,” he said.