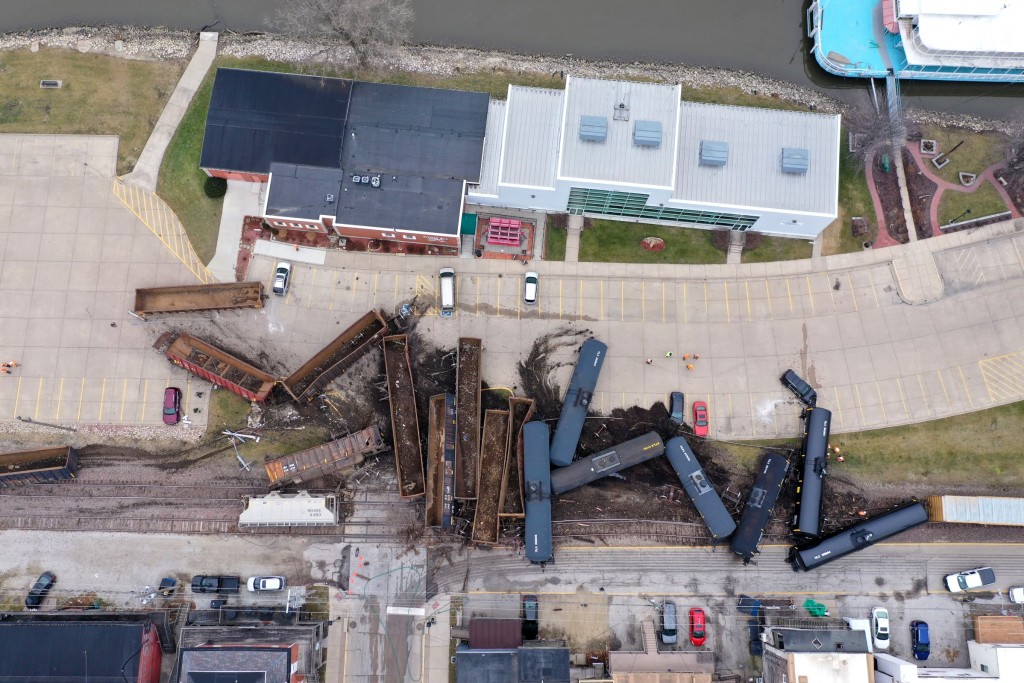 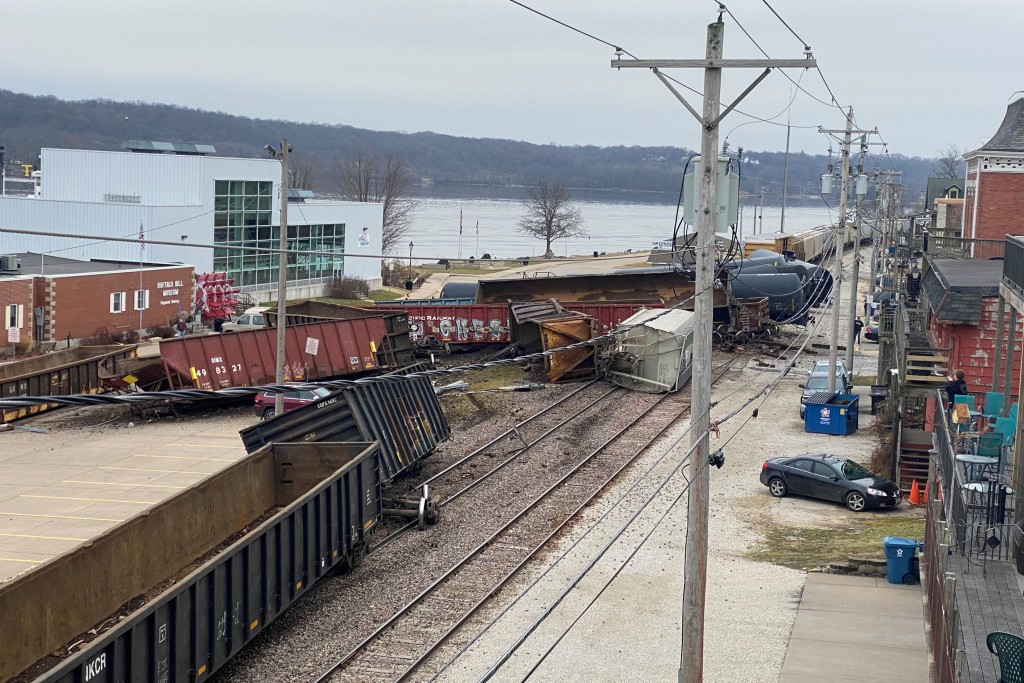 LECLAIRE, Iowa (AP) — Train traffic resumed early Saturday in an eastern Iowa city a day after a derailment sent more than a dozen freight cars and tankers off the tracks just yards from the Mississippi River.

The LeClaire Fire Department said in a news release that all derailed cars had been moved away from the main track and would be hauled away by tractor-trailers throughout the day. Canadian Pacific Railroad had found no significant air or water contamination from the Friday morning derailment, officials said.

Officials warned that traffic will remain congested in LeClaire's downtown area as cleanup from the derailment continues.

No one was injured and no buildings were damaged in the derailment, but some vehicles in a nearby parking lot were damaged.

Officials have not said what might have caused the derailment. LeClaire is a city of roughly 3,800 located about 175 miles (281.6 kilometers) east of Des Moines.