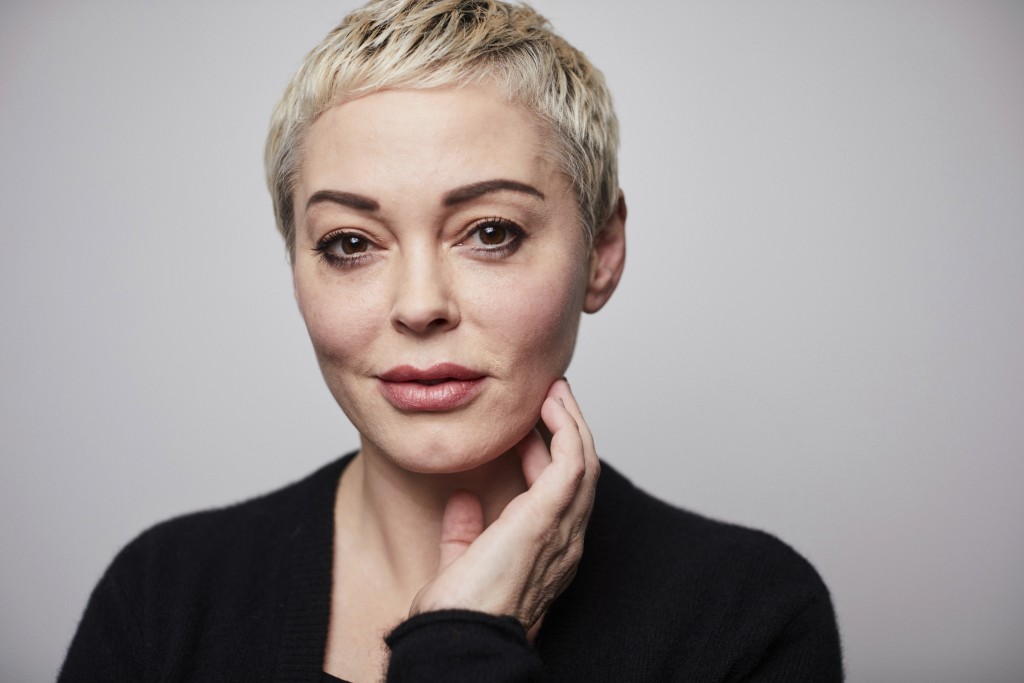 NEW YORK (AP) — Rose McGowan's tweet that apologized on behalf of the U.S. to Iran for “disrespecting their flag and people” in the wake of an airstrike that killed the country's top general was not anti-American, the actress said in the face of harsh criticism.

"I don't support Iran over America. I want America to be better," McGowan said during an exclusive interview with The Associated Press on Friday.

Her tweet read: “Dear #Iran, The USA has disrespected your country, your flag, your people. 52% of us humbly apologize. We want peace with your nation. We are being held hostage by a terrorist regime. We do not know how to escape. Please do not kill us.”

The head of Iran's elite Quds force and mastermind of its regional security strategy, Gen. Qassem Soleimani, was killed in a U.S. airstrike early Friday. The attack has caused regional tensions to soar.

“I woke up, I stupidly looked at Twitter. I was going to the bathroom, and I was like, ‘what?’” She added that she doesn't believe the governments of either Iran or the U.S.

“So, I just thought I would do something a little strange or unusual ... bloodshed should be avoided if you can,” she said. “And I kind of just thought, what if I take a really bizarre way around this. A very strange thought, I understand.”

McGowan, 46, who is known for her role in the “Scream” movie franchise, was one of the earliest of dozens of women to accuse Hollywood producer Harvey Weinstein of sexual misconduct, making her a major figure in the #MeToo movement. Jury selection is scheduled to start this week in New York in a sexual assault case against Weinstein based on allegations from two other women. Weinstein has pleaded not guilty in that case and denies any maintains any sexual activity was consensual.

McGowan has filed a federal lawsuit alleging Weinstein and two of his former attorneys engaged in racketeering to silence her and derail her career before she accused him of rape. An attorney for the mogul has called the suit meritless.