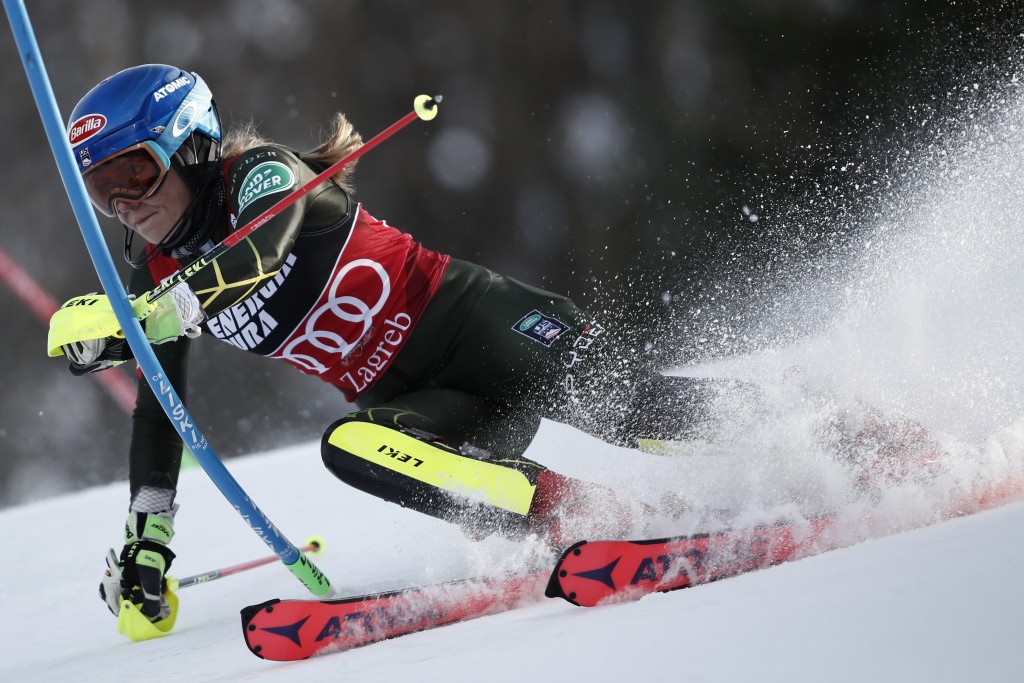 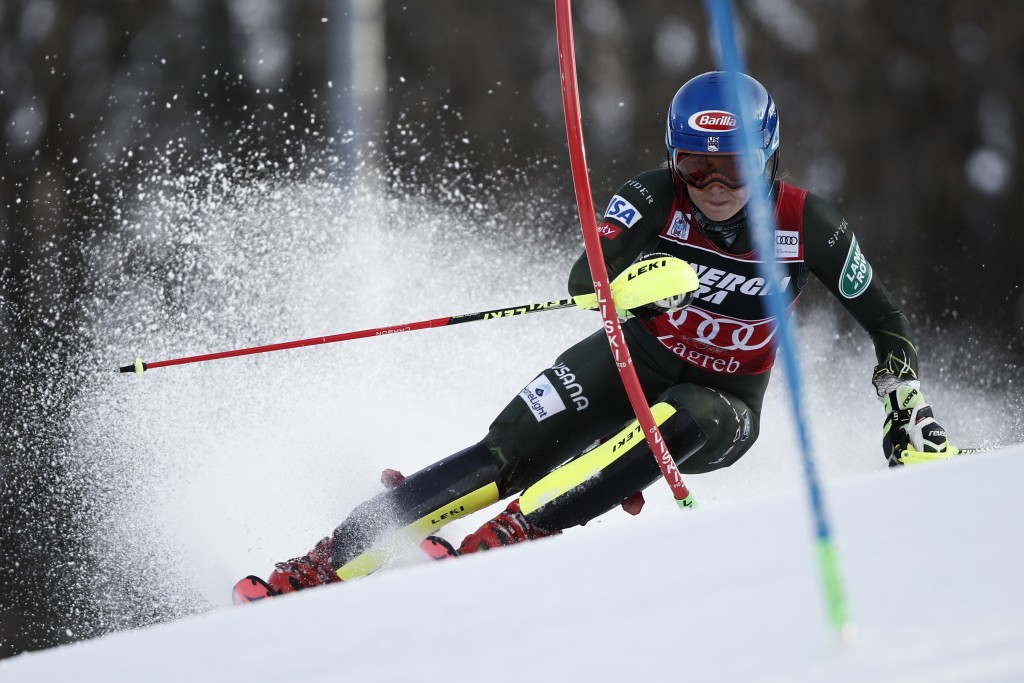 ZAGREB, Croatia (AP) — Mikaela Shiffrin’s winning slalom streak, which has lasted almost a year, was under threat Saturday after the opening run of the first women’s World Cup race of 2020.

Vlhova was the last racer to beat Shiffrin in a major slalom, in Flachau on January 8, 2019. Shiffrin has won all six World Cup races and the world championship event in the discipline since.

Shiffrin and Vlhova have won all 23 World Cup slaloms since Frida Hansdotter triumphed in January 2017. The Olympic champion from Sweden retired last year.

Vlhova opened Saturday's race with a near-flawless run. While several racers, including Shiffrin, were faster at the first split time, no one matched the Slovakian’s consistency on the steep section of the course.

Vlhova, who is chasing her 11th career victory and sixth in slalom, has not won on this hill before, but was runner-up in 2017 and again last year.

Shiffrin held a slim lead of 0.03 seconds at the first intermediate time but was nearly thrown off the course soon after.

While she saved her run with her left hand in the snow to make the next gate, her speed and rhythm were gone.

Shiffrin was then eight-tenths behind at the next split time.

The race came one day after Shiffrin posted a video on Instagram of a crash during slalom training in Obdach, Austria.

The footage showed her falling sideways after her skis crossed as she hit a gate, but according to the U.S. team she was unhurt “apart from a bit of a sore hip.”

Shiffrin has won the race on the Crveni Spust course, on the outskirts of the Croatian capital, four out of the last five times it has been held.

Another win would leave her one short of the record for most consecutive World Cup slalom victories of eight, by Switzerland’s Vreni Schneider in 1989-90 and Croatia’s Janica Kostelic in 2000-01.