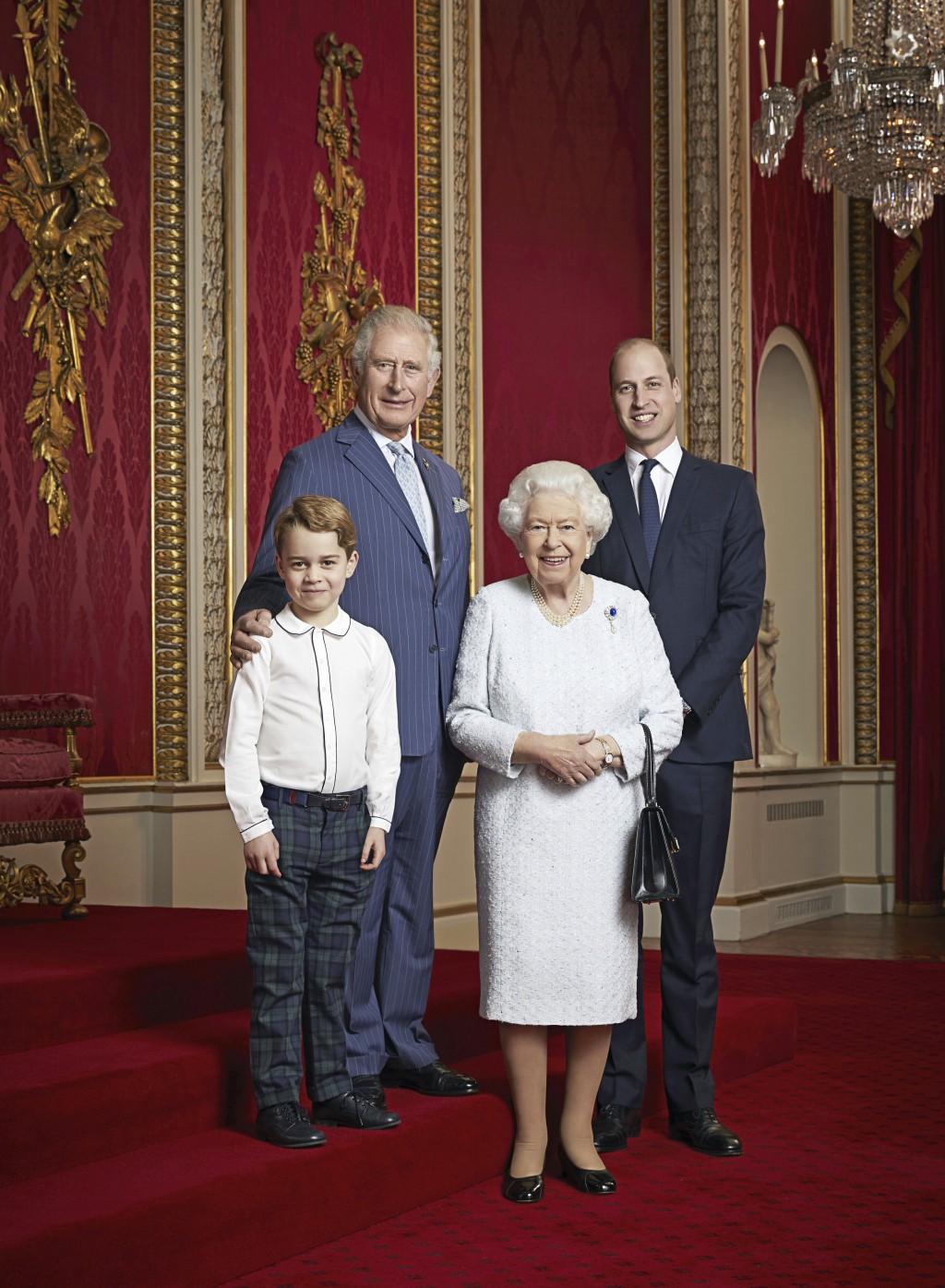 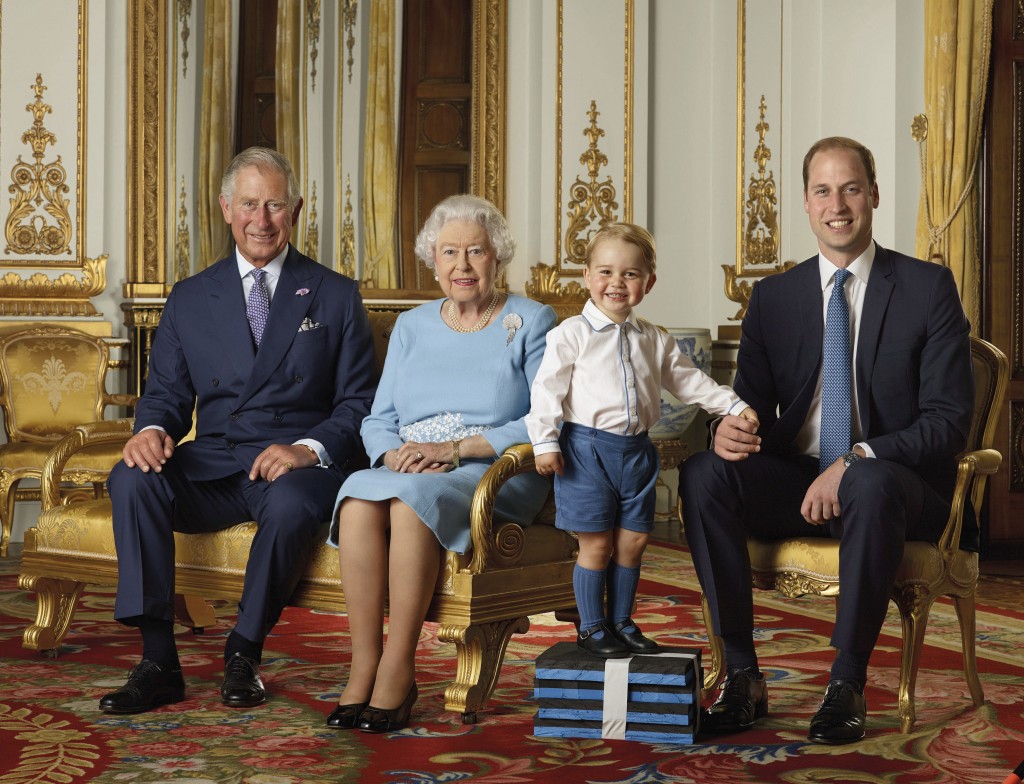 LONDON (AP) — Britain's Queen Elizabeth II has marked the start of the decade with a new formal photograph of her and the first three heirs to the throne: son Prince Charles, grandson Prince William and great-grandson Prince George.

The portrait of the four was taken in Buckingham Palace's throne room a week before Christmas. The palace released it on Saturday night.

For the photo, Elizabeth, wearing a white dress with a blue brooch and with a signature handbag hanging from her forearm, stood in the front. Charles posed with an arm around George's shoulder as the two stood next to the queen on a red-carpeted step. William was behind the monarch on her other side.

It's only the second time Buckingham Palace has issued a portrait of the queen and her three heirs together.

The first, taken by the same photographer, was released 2016 to mark Elizabeth's 90th birthday and used on commemorative stamps.