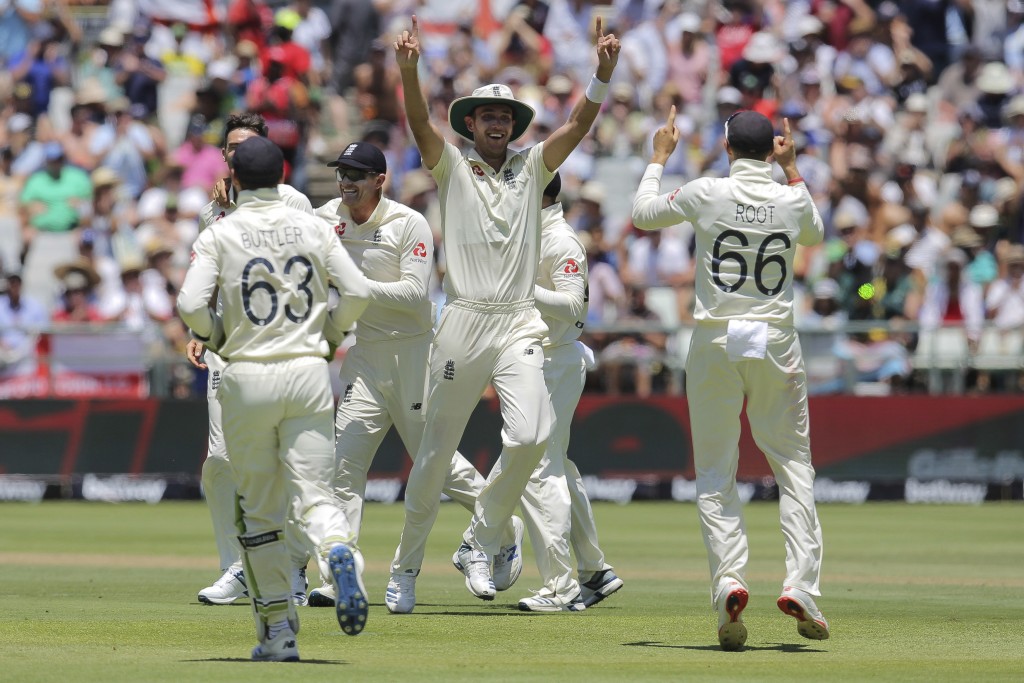 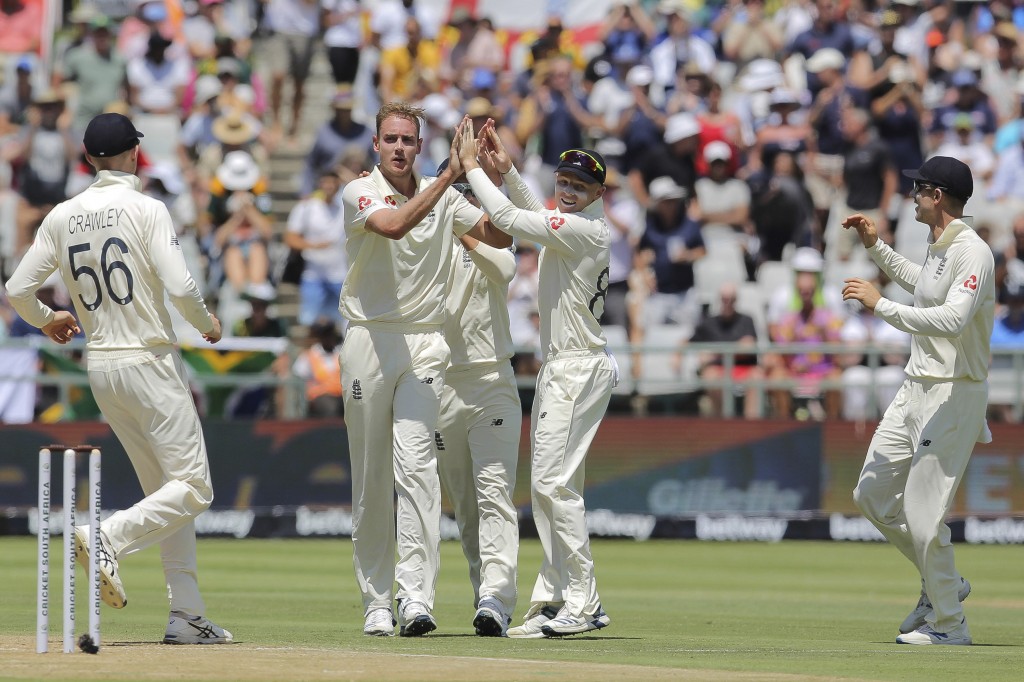 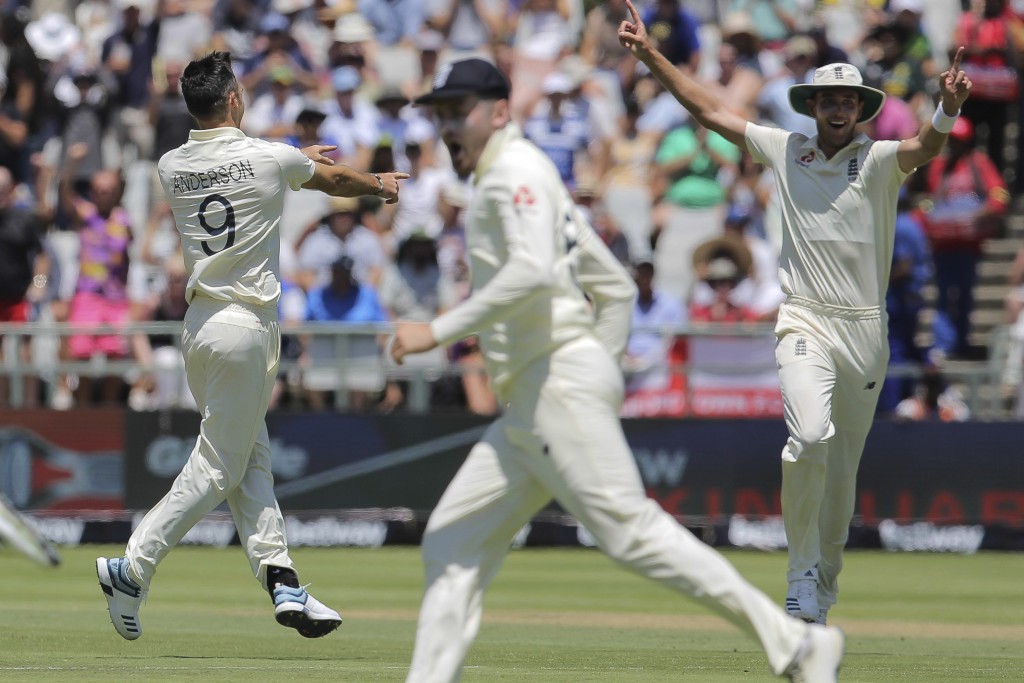 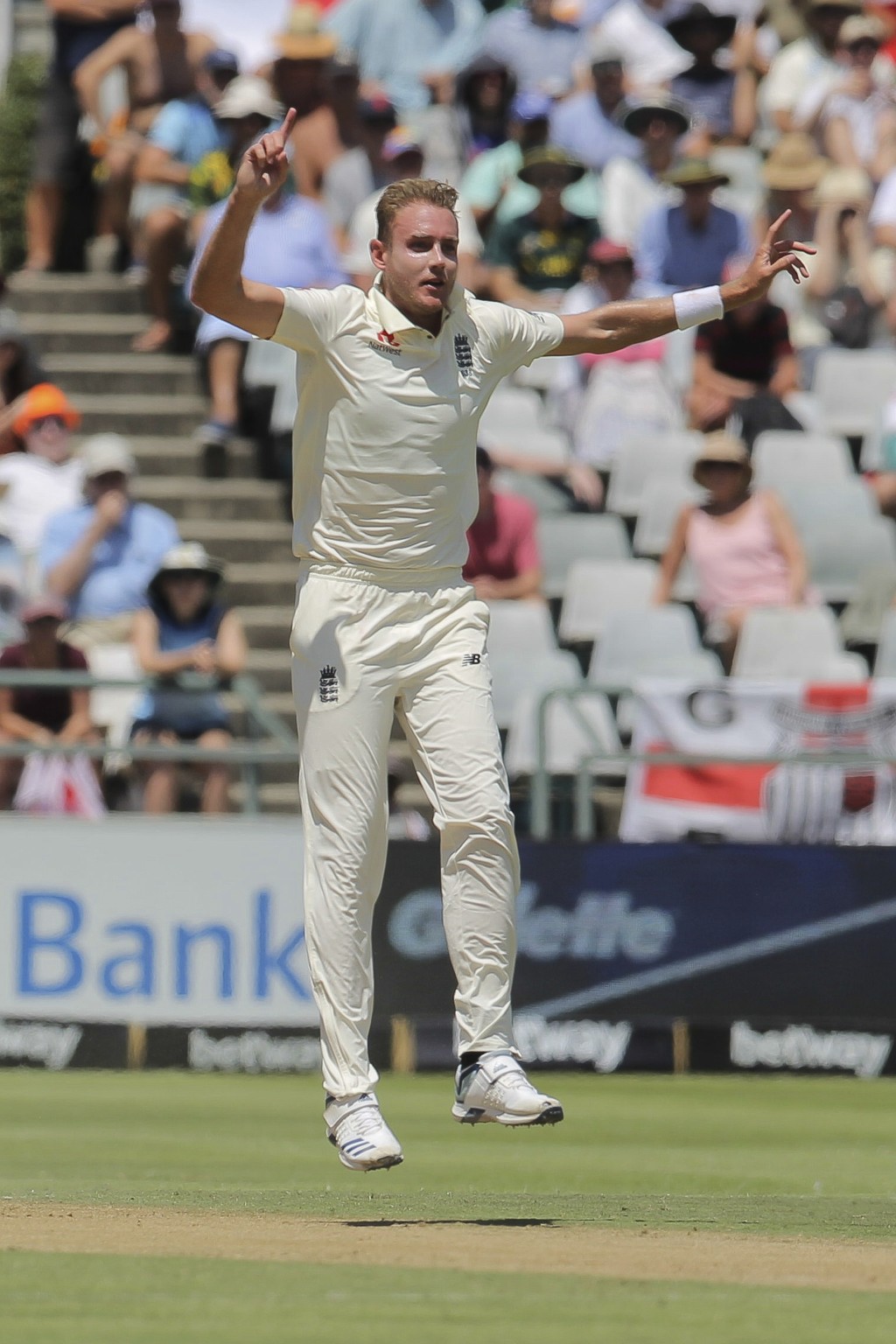 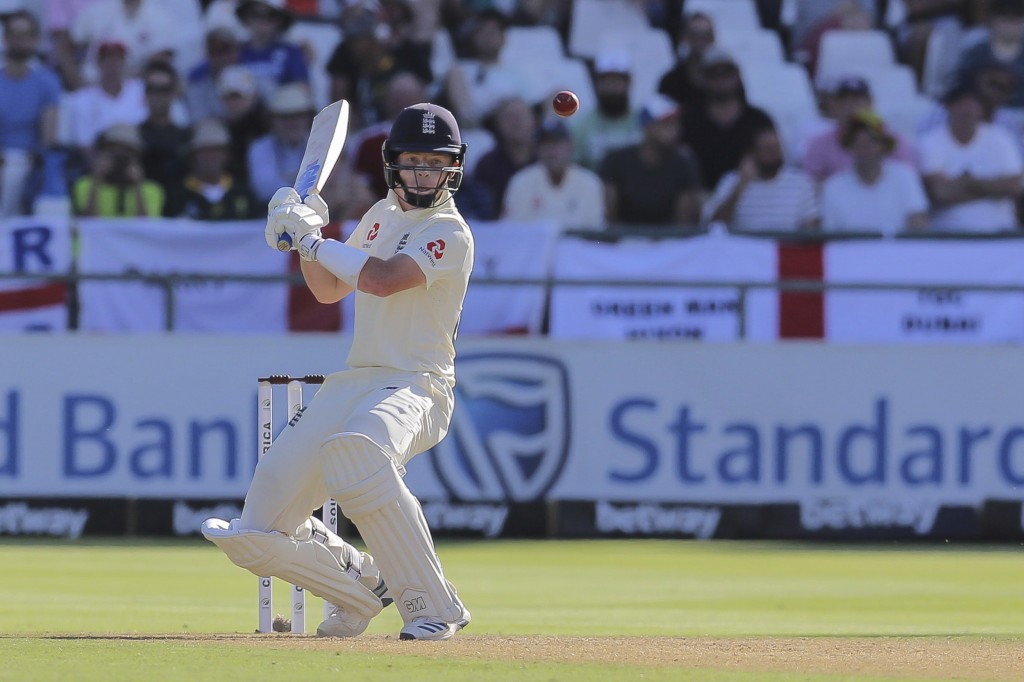 Broad struck twice before lunch, helped by a dazzling diving catch by Ben Stokes in the slips, and Anderson followed up with the wicket of South Africa captain Faf du Plessis.

The home team went to lunch at Newlands 209 runs behind England's first-innings score of 269.

England had arguably its best session of the series, a contest characterized for the touring team by off-field illness and injury crises.

The revival was led by its two most experienced players.

Broad, in his 136th test, removed South Africa debutant Pieter Malan for 5 with an edge to captain Joe Root at first slip. The England paceman then removed Zubayr Hamza for 5 in his next over, thanks to Stokes' lunge to his right at second slip to scoop the ball up inches off the ground.

Anderson, who marked his 150th test in the first match when England had little else to celebrate in defeat, dismissed Du Plessis for 1 and Root's side was buoyant. This time Stokes accepted a regulation catch.

Dean Elgar was 35 not out and Rassie van der Dussen 10 not out at the break. Van der Dussen reviewed successfully when he was given out lbw off Anderson. TV replays showed a clear inside edge onto his pad, which umpire Paul Reiffel missed first time round.

Both teams are fielding inexperienced batting lineups and the four-test series may come down to which one of them finds its feet quickest.

Compared to the nearly 300 tests of experience of England's opening bowlers, the top three batsmen had only 15 appearances between them coming into the game. Add to that No. 6 Ollie Pope, who ended 61 not out to top score in the first innings, is playing just his fifth test.

South Africa quick bowler Kagiso Rabada wrapped up England's innings at the start of the day by having No. 11 Anderson caught at first slip. Root's team added seven runs to its overnight score and failed to get to 300 for the third time in three innings in the series.

England's batting struggles on tour have been exacerbated by issues of illness and injury. As many as 11 squad members fell ill with a flu-like bug in the buildup to, or during, the first test.

Pope was one of them and missed the game as a result while half the lineup that did play in Centurion were also sick at some point. The team also lost opening batsman Rory Burns and fast bowler Jofra Archer to injury in the run-up to the second test.

Burns' freak tour-ending ankle injury sustained playing soccer in a warm-up at training forced Zak Crawley, with just one test appearance, into an already struggling lineup. He had to open for the first time in test cricket.

Malan is making his debut as an injury replacement. No. 3 Hamza, South Africa's replacement for retired great Hashim Amla, is playing his fourth test and No. 5 van der Dussen played for the first time in the series opener.