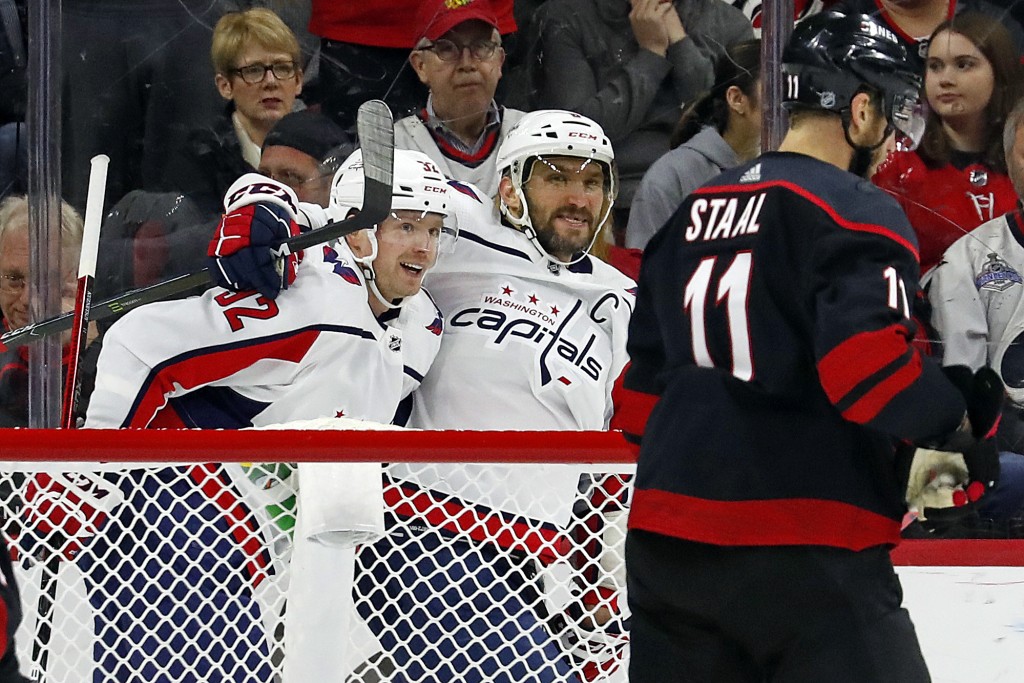 RALEIGH, N.C. (AP) — Evgeny Kuznetsov and Lars Eller each had a goal and an assist, and the Washington Capitals held off the Carolina Hurricanes for a 4-3 win Friday night.

Richard Panik and Jakob Vrana also scored for the Capitals, who had dropped two in a row. Rookie goalie Ilya Samsonov stopped 38 shots.

Washington led 4-1 early in the third period before Carolina rallied on power-play goals by Teuvo Teravainen and Ryan Dzingel. Samsonov stopped Warren Foegele late in the game to preserve the win.

The NHL-leading Capitals (28-9-5) had dropped their last four games against the Hurricanes dating to Games 6 and 7 of the Eastern Conference semifinals last season.

DALLAS (AP) — Joe Pavelski had a goal and an assist, and Dallas earned its fourth straight come-from-behind win.

Pavelski was honored before the game for playing in his 1,000th NHL game last month, and then showed why he has lasted so long in the league.

He assisted on Roope Hintz’s tying goal in the first period and added the Stars’ third goal in the second. He had an apparent goal disallowed in the third because of goalie interference.

Dylan Larkin scored his 10th goal for Detroit. Jonathan Bernier finished with 23 saves in his first start since he beat San Jose 2-0 on Tuesday night for his first shutout of the season.