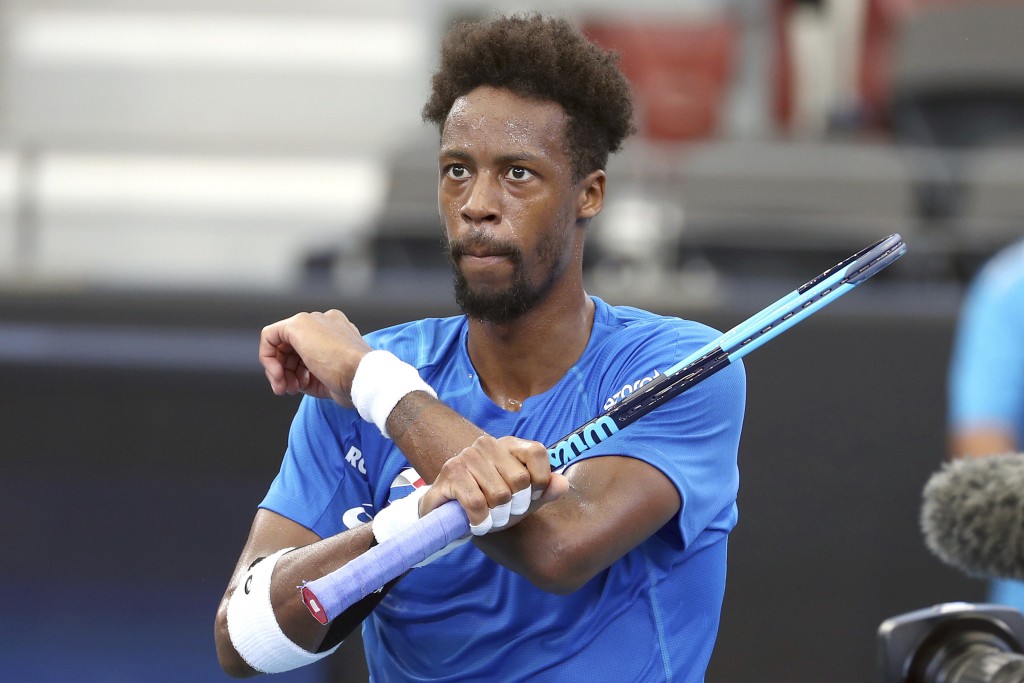 BRISBANE, Australia (AP) — Gael Monfils secured France's first victory at the ATP Cup, rallying from a break down in the second set and saving three breakpoints as he served for the match in a 6-3, 7-5 win over Cristian Garin.

Benoite Paire opened the Group A encounter against Chile with a 6-7 (3), 6-3, 6-3 win over Nicolas Jarry and Monfils clinched the best-of-three match encounter ahead of the doubles on Saturday in Brisbane.

The new 24-team men's tournament started Friday in Sydney, Brisbane and Perth and will conclude with a final in Sydney on Jan. 12, leaving players time to fine-tune for the Australian Open in Melbourne.

The 33-year-old Monfils had a minor injury in the off-season and was content with his form against Garin, despite a lapse in the second set.

He had to save three breakpoints while serving for the match at 6-5, and then converted his first match point when the Chilean sent a forehand volley out.

Monfils and Paire hugged and high-fived in the team zone beside the court to celebrate. Monfils said he was motivated because he didn't want to let down Gilles Simon, who is nominated as a player-captain for France.

“It was great today. I think (Garin) had a good period in the second set, like, actually a strong period. It shook me a little bit but I think slowly I got back in shape," Monfils said. “I'm happy to be well, but my goal is to have my peak for the Aussie Open, so I'm still working quite hard on it, even when we play matches.”

The 35-year-old Simon, who finished last year ranked No. 55, isn't sure if he's ready yet for coaching, so being closer to the action at courtside during the ATP Cup was better than being in the stands.

“It's the first time. Maybe the last time, also, so, I never know,” Simon said. “But I just, I just like the team. It's very nice atmosphere all together since we are here and they have like strong personalities and very different personalities also. But it's, yeah, it's a nice experience.”

Argentina was playing Poland in Sydney in the first of the Group E matches on day two, and Japan was playing Uruguay in Group B in Perth.