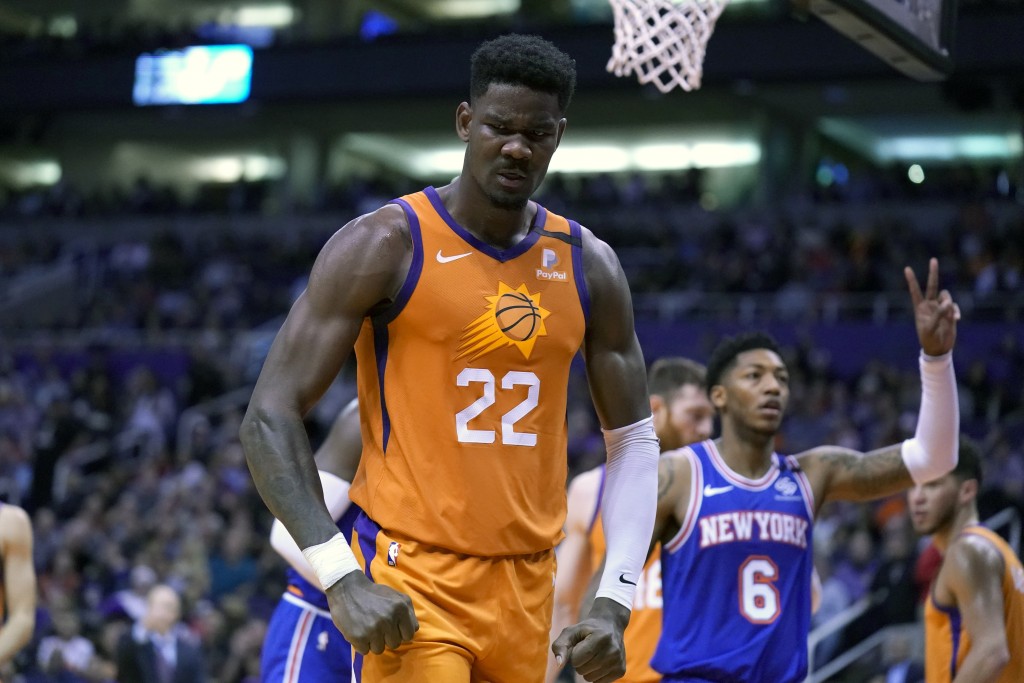 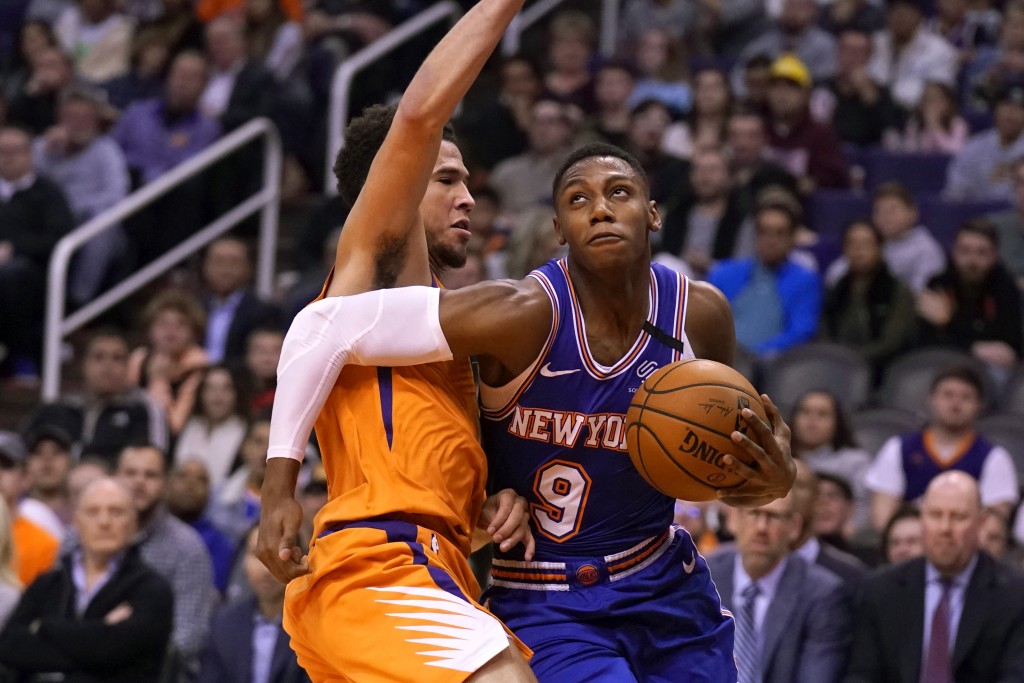 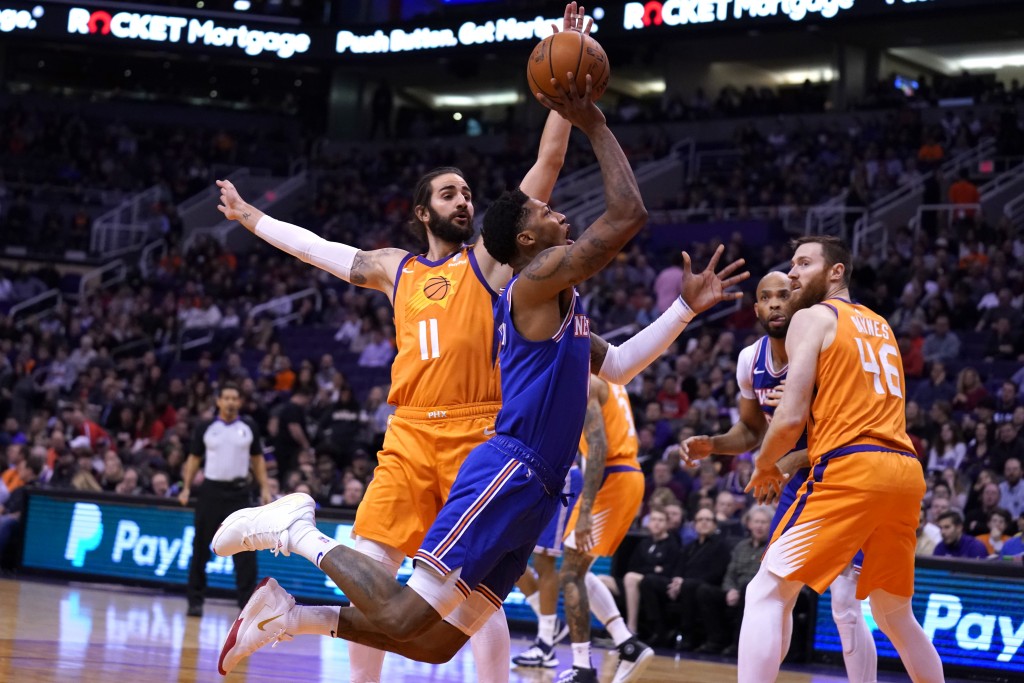 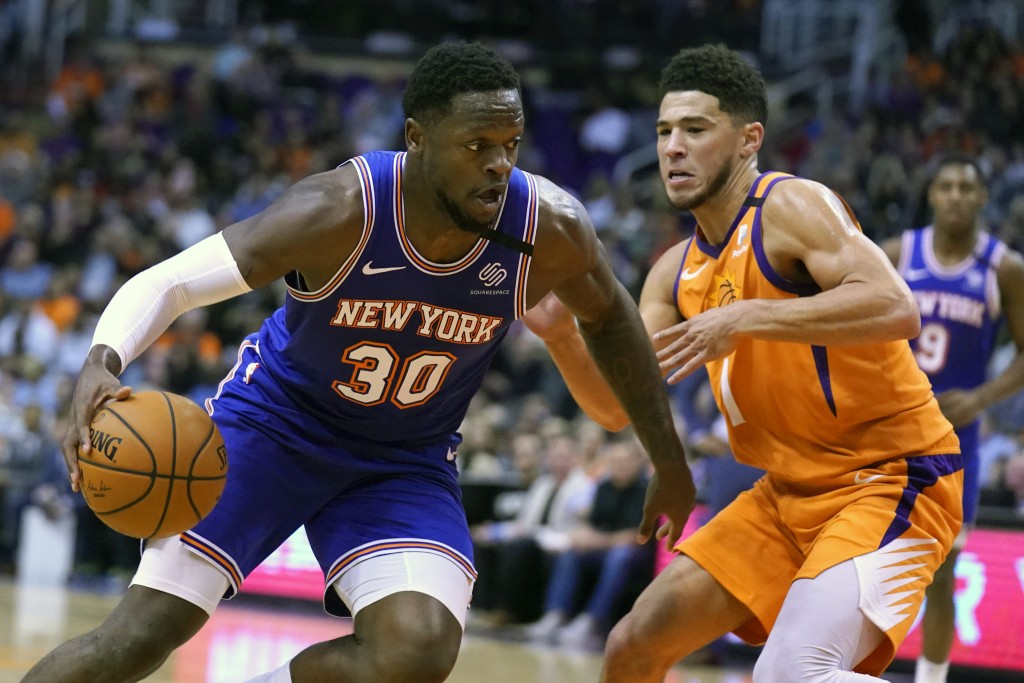 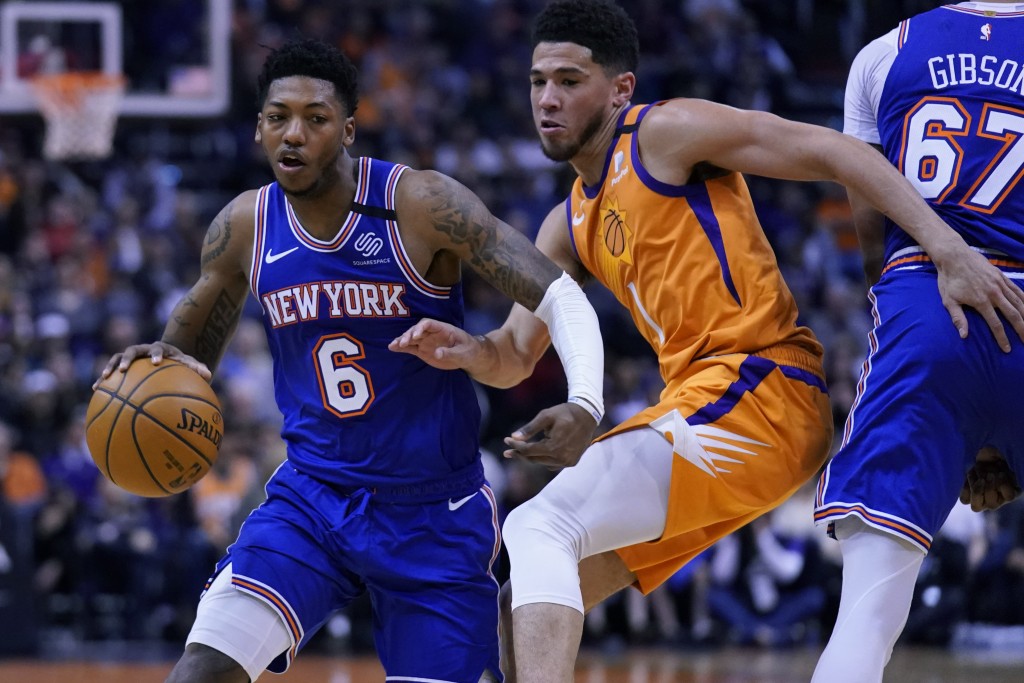 PHOENIX (AP) — Devin Booker scored 38 points, Kelly Oubre Jr. added 29 and the Phoenix Suns rallied in the fourth quarter for a 120-112 victory over the New York Knicks on Friday night.

Phoenix won for the third time in four games. Aron Baynes added 20 points and 12 rebounds, while Deandre Ayton had 15 points and 13 boards.

Booker scored at least 30 points for a fifth straight game, the longest streak of his career and tying a franchise high. Oubre shot 11 of 16 from the field, including 5 of 7 from 3-point range.

Marcus Morris scored 25 points and Bobby Portis added 20 off the bench for the Knicks, who were trying to win four straight for the first time in more than two years. Julius Randle had 13 points and 13 rebounds.

The Knicks led for a big chunk of the game, including 87-83 after three quarters, but the Suns rallied to take a 94-93 lead on Ricky Rubio's 3-pointer with about 8 minutes left. The teams traded the lead for the next few minutes, but the Suns pushed ahead for good on a short jumper by Baynes with 5:22 left.

Coming off victories over Brooklyn, Washington and Portland, the Knicks got off to another good start and led 61-51 at halftime. Portis scored 11 points in the half and Randle had 10.

Phoenix had another lethargic first half, two nights after falling behind by 33 points against the Lakers. Booker scored 17 points before the break but the Suns missed all nine of their 3-point attempts.

Knicks: G Dennis Smith Jr. (left oblique strain) didn't play for a fourth straight game. ... New York had a 30-19 rebounding advantage in the first half. ... The Knicks fell to 10-25 this season.

Suns: F Frank Kaminsky III (knee soreness) didn't play for a third straight game. He's averaging 11 points this season. ... Rubio (hip) started two nights after a scary fall in the fourth quarter against the Lakers. ... Ayton has had at least 10 rebounds in all five of his games this season. It's the first time a Suns player has done that since Shawn Marion in 2007. ... The Suns improved to 14-21.