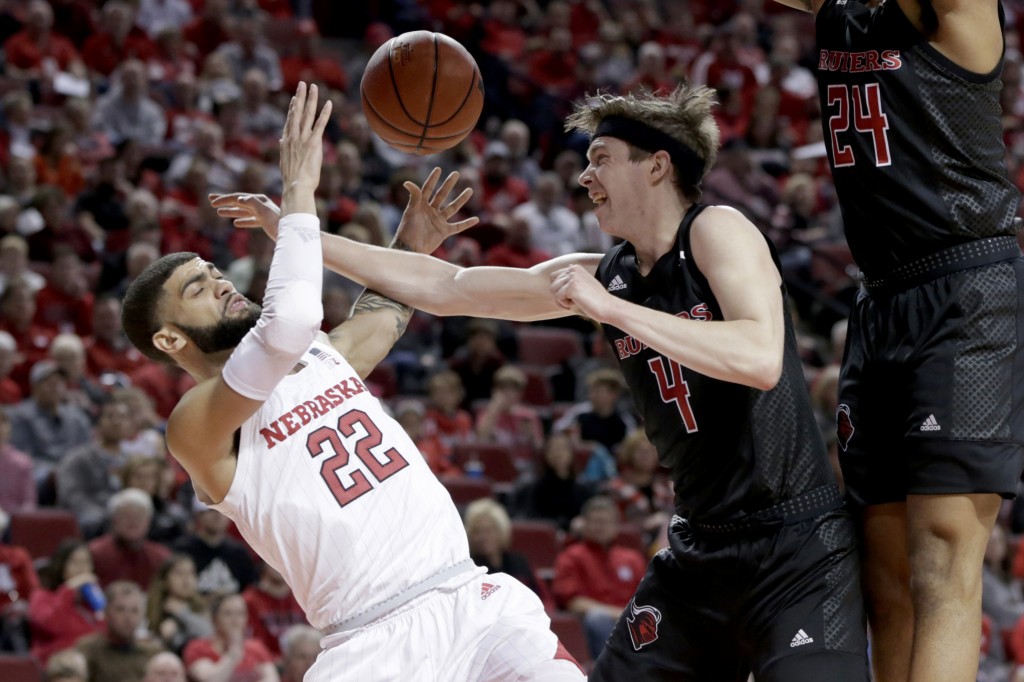 LINCOLN, Neb. (AP) — Caleb McConnell made all eight of his shots from the field and scored a season-high 20 points starting in place of the injured Geo Baker, and Rutgers beat Nebraska 79-62 on Friday night for its fifth straight win.

Baker, the Scarlet Knights' team leader and No. 2 scorer, is out indefinitely with a left thumb injury. McConnell, who typically starts when the Knights go with a four-guard lineup, took Baker's place at the point as Rutgers opened with three guards, a forward and center.

McConnell made his first seven shots, including two 3-pointers, and finished with season highs for points, assists (five) and minutes (34).

Rutgers went on an 18-1 run in the middle of the first half to turn a 15-10 deficit into a 28-16 lead. The Huskers went nearly eight minutes without a field goal — Dachon Burke hit the side of the backboard with an attempt — before reeling off seven straight points to get within four points.

The Knights outscored the Huskers 13-4 the rest of the half, with McConnell making a jumper just ahead of the buzzer to make it 41-28.

Rutgers held a 48-31 rebounding advantage. Its dominance in the paint was best illustrated by a five-shot sequence when Akwasi Yeboah was off with a 3-pointer and Johnson missed three times from under the basket, got his rebound each time and then scored on his fourth chance.

Rutgers: The Knights have struggled on the road since joining the Big Ten, so this was a big accomplishment to win without Baker. For all the improvement Rutgers appears to be making, its road play is the biggest question mark. The Knights have won only five Big Ten road games in five-plus seasons.

Nebraska: No one expects much of the Huskers in coach Fred Hoiberg's first season, not with 14 new players in the program. There could be a lot more nights like this now that the conference grind has started. The Huskers miss shots in bunches and struggle to rebound against bigger and physical teams.

Nebraska's Mack and Rutgers' Yeboah had a scary face-to-face collision going for a loose ball when the Knights' Young batted a rebound into the backcourt late in the first half. Both crumpled to the floor.

Mack walked to the locker room with help from an athletic trainer while rubbing the left side of his head. Yeboah walked to the bench on his own. Both players were back on the floor to start the second half.

Nebraska: Hosts No. 23 Iowa on Tuesday.