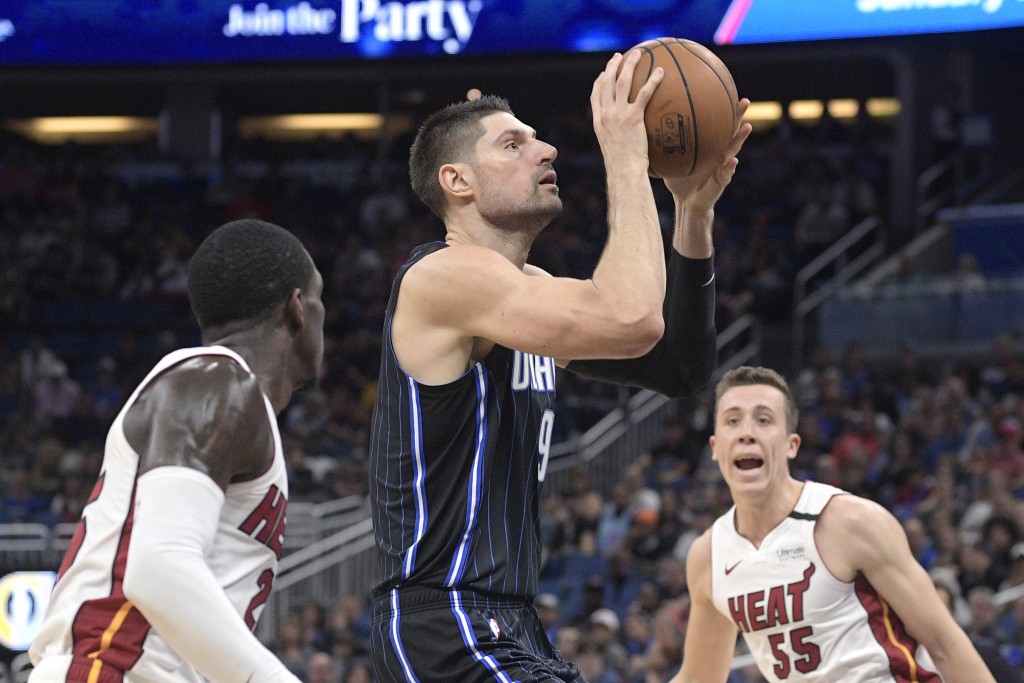 ORLANDO, Fla. (AP) — Terrence Ross scored 25 points, Nikola Vucevic had 20 points and 11 rebounds and the Orlando Magic shut down the Miami Heat in the fourth quarter in a 105-85 victory Friday night.

Miami scored only six points in the fourth quarter, going 3 for 19 from the field. Jimmy Butler had 23 points and 10 rebounds for the Heat.

Aaron Gordon had 16 points and eight rebounds for the Magic, and Evan Fournier scored 15 points.

One day after holding the Toronto Raptors to 6-of-42 shooting from 3-point range in a victory in Miami, the Heat shot 7 for 37 from long range and 37.5% overall.

Marcus Smart started in place of the flu-ridden Kemba Walker and scored 15 points, adding nine assists and hitting a 3-pointer that gave Boston a four-point lead with 43 seconds left. Gordon Hayward scored 18 points, and Enes Kanter had 14 points and 11 rebounds.

Trae Young scored 28 points with 10 assists for the Hawks. They beat Orlando on Monday to snap a 10-game losing streak.

Jordan McCrae scored a season-high 35 points, for Washington. Wizards guard Isaiah Thomas was ejected less than 1 1/2 minutes into the game for making contact with an official. Thomas was tied up along the sideline by Portland's Carmelo Anthony. As Thomas broke away from Anthony, he made contact with referee Marat Kogut, who stumbled into the crowd.