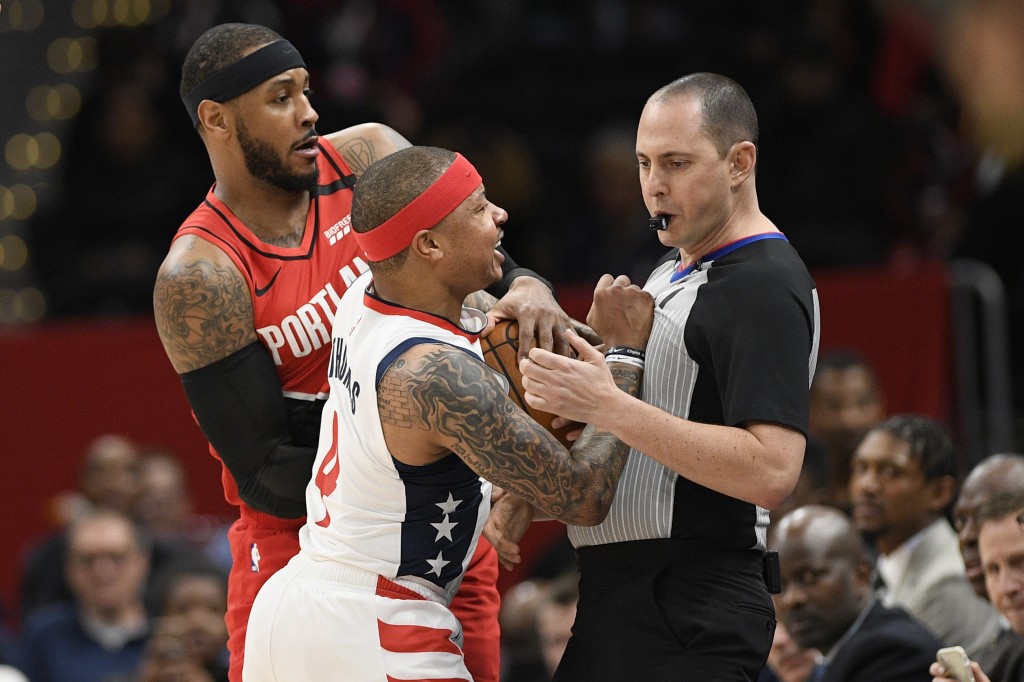 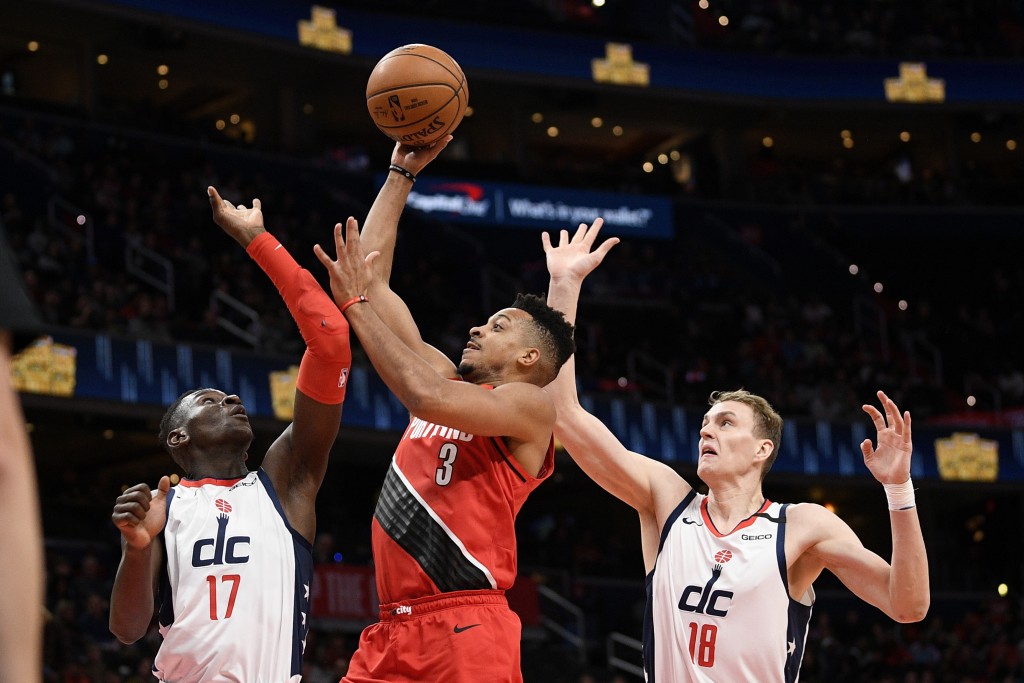 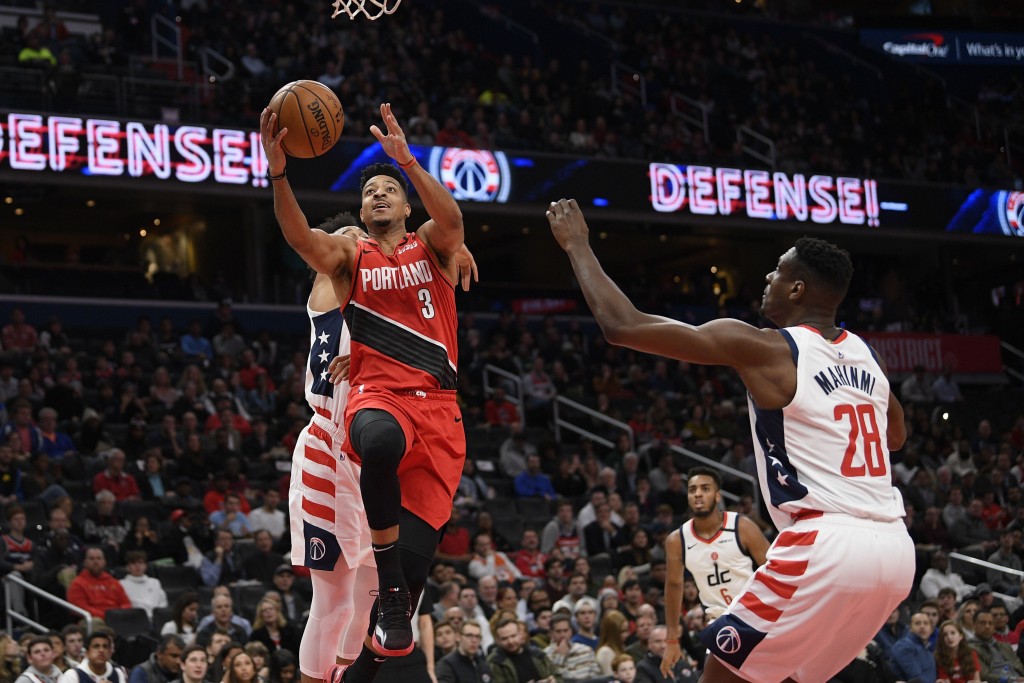 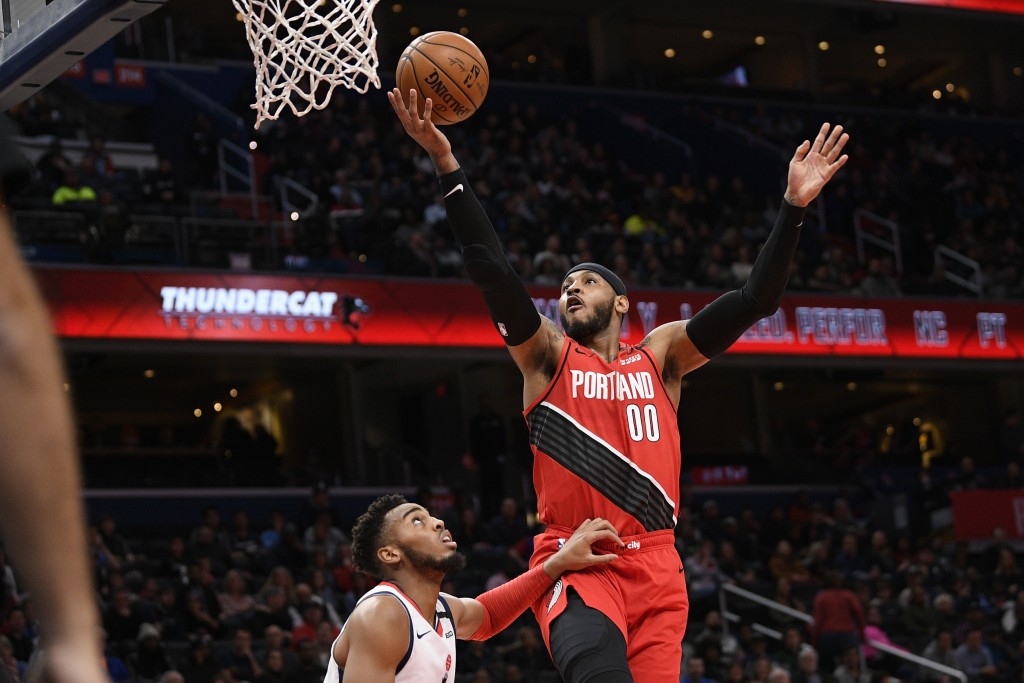 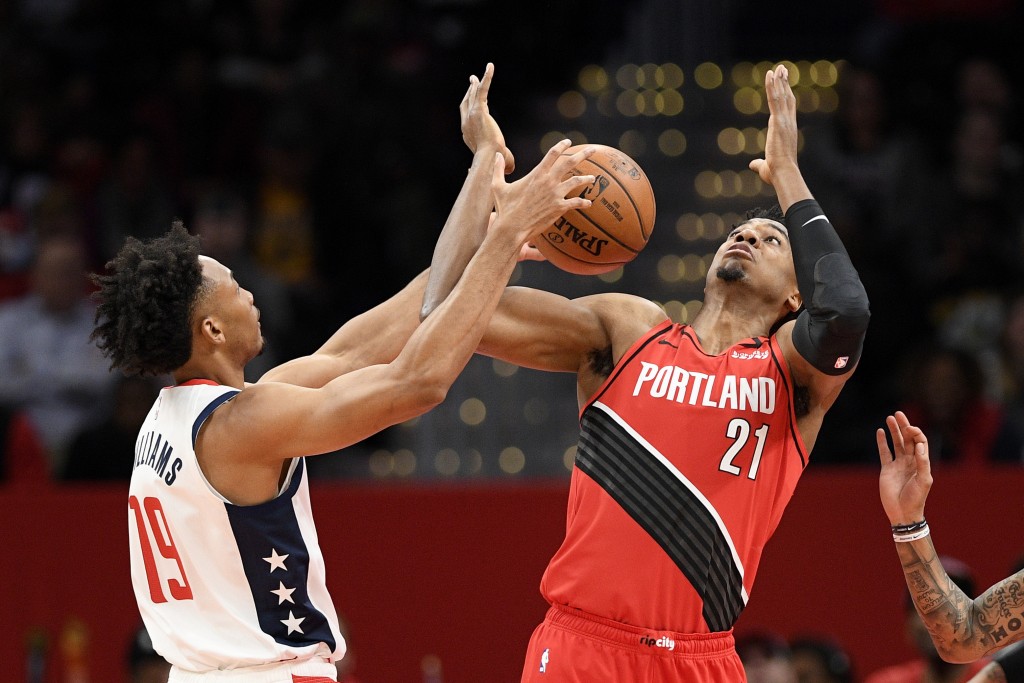 WASHINGTON (AP) — Damian Lillard scored 35 points and CJ McCollum added 24 in the Portland Trail Blazers' 122-103 victory Friday night over the Washington Wizards, who were short-handed even before losing Isaiah Thomas to a first-quarter ejection.

Thomas was ejected less than 1 1/2 minutes into the game for making contact with an official. Thomas was tied up along the sideline by Portland's Carmelo Anthony. As he broke away from Anthony he made contact with referee Marat Kogut, who stumbled into the crowd.

Jordan McRae scored a season-high 35 points, including 13 in the fourth quarter, for Washington. Garrison Mathews added 18 points and Ish Smith scored 16 for the Wizards, who have lost four of five.

McCollum started an 11-1 run in the third quarter with a jumper and then added a 3-pointer to make it 73-64. Whiteside scored four straight points on a tip-in and layup and, after a Washington free throw, Lillard hit two foul shots to put Portland up 79-65.

Trail Blazers: Forward Mario Hezonja returned after missing four games because of lower back pain. … Lillard has scored at least 29 points in the teams’ last six matchups. … Whiteside has 26 double-doubles

Trail Blazers: Continue road trip on Sunday when they visit the Miami Heat.