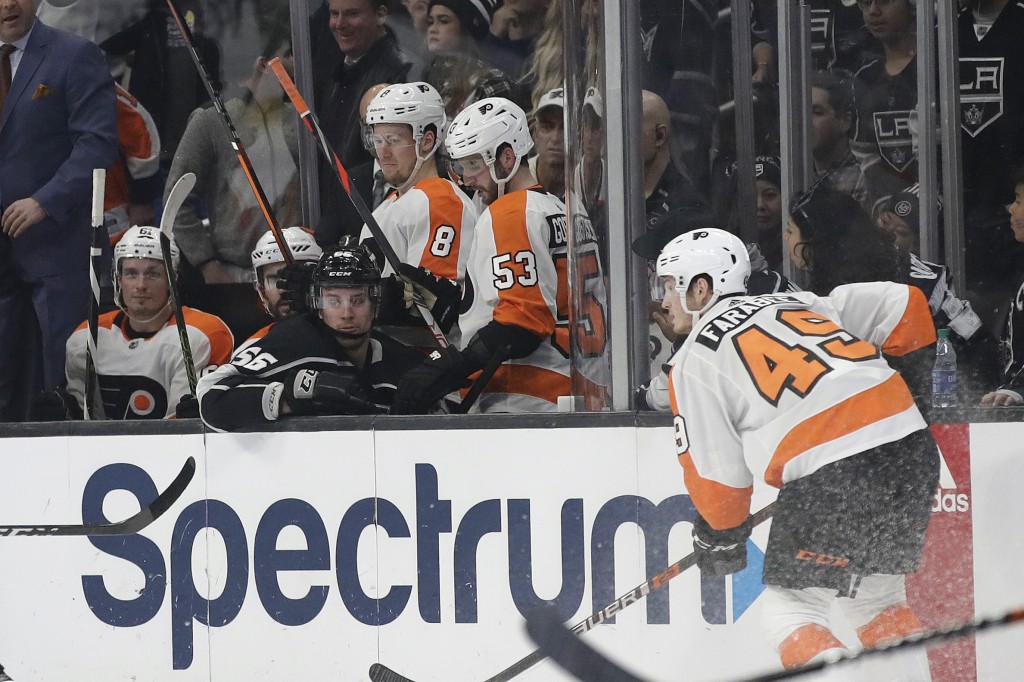 LOS ANGELES (AP) — Kings defenseman Kurtis MacDermid was suspended for two games without pay by the NHL on Friday for an illegal check to the head during the second period of Los Angeles' win over Philadelphia.

The league's player safety department ruled that MacDermid delivered a forceful check to the head of Flyers defenseman Ivan Provorov on Tuesday when it was avoidable. This is MacDermid's first suspension. He will lose $7,258.06, with the money going to the league's players' emergency assistance fund.

MacDermid has two goals and two assists in 26 games this season.