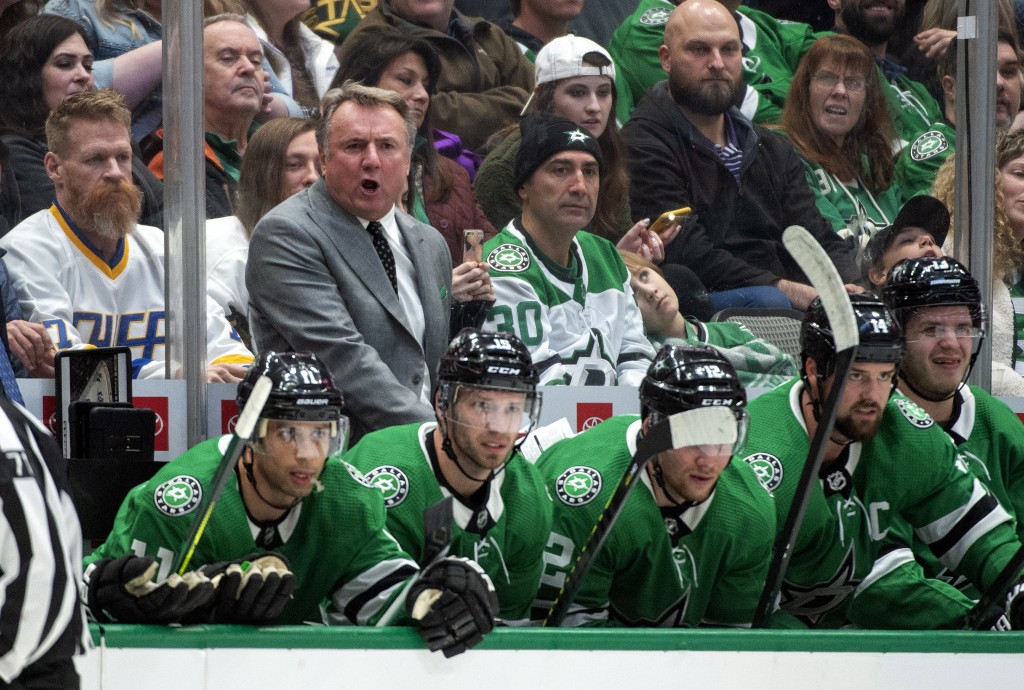 Montgomery's statement was his first public comment since he was fired Dec. 10 for unspecified unprofessional conduct. He said the firing was “a wake-up call.”

"It was also the appropriate call," Montgomery said. "I let the team's front office, staff and players down.

“More importantly, I let my wife and my family down. The team's decision to end my role forced me to look into the mirror and decide whether I wanted to continue living a damaging lifestyle or get help. I decided to get help.”

Montgomery said he entered a rehab facility Friday, addingit has “been an overwhelming and a very humbling experience knowing that I am not alone."

General manager Jim Nill wouldn't get into specifics when he announced the firing of the third coach he has hired since taking over in April 2013.

“We are supportive of this decision by Jim and we hope that by pursuing this help, he and his family will be stronger for it," Nill said in a statement issued by the team. "Out of respect for him and his family, we will not be commenting on this situation further.”

The 50-year-old Montgomery was in his second season with Dallas after making the rare jump from college coaching at the University of Denver. The Stars made the second round of the playoffs with their rookie coach.

Montgomery had two years left on his contract at $1.6 million per season.

The Stars were 17-11-3 when Montgomery was fired, having recovered from a dismal 1-7-1 start by going 14-1-1. They have since gone 6-3-1 under interim coach Rick Bowness and entered Friday's games in third place in the Central Division.