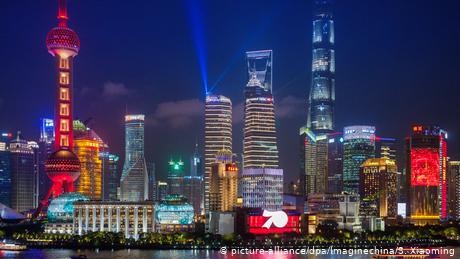 International media reported on Shanghai's awe-inspiring and environmentally friendly display to ring in 2020 — in which drones, not fireworks, were used to create dazzling patterns and shapes.

However, it emerged on Friday, this spectacle was entirely pre-recorded. Though no one told this to the people in Shanghai, who went out in droves on the evening of December 31, only to stare up at the empty skyline.

According to local news outlet Shanghaiist, the video was widely publicized by Chinese state broadcasters, showing how 2,000 drones "took over the night sky."

However, local residents took to social media and discussion website Reddit to post pictures of hundreds of people with their phones out, waiting to capture the display that never came. Each user who was in Shanghai on New Year's Eve confirmed that the show on the Huangpu River did not take place.

Locals wrote online that they had been looking forward to the festivities, as New Year's celebrations in the city have been muted after a fatal stampede several years ago.

On December 31, 2014, 36 people were killed and 49 injured when 300,000 people gathered in Shanghai's popular Bund waterfront area to take part in New Year's festivities. Police believe that a stairwell leading up to a viewing platform became dangerously overcrowded, with many people trying to go up and down at the same time, prompting a panic.

In response to international media requests, the company behind the display confirmed that it was pre-recorded.

The oldest video of the drone show on YouTube is dated December 29.

While many residents decried the spectacle as "fake news,", some social media users took the more charitable view that maybe plans to do the display properly on New Year's Eve had to be nixed due to safety concerns.