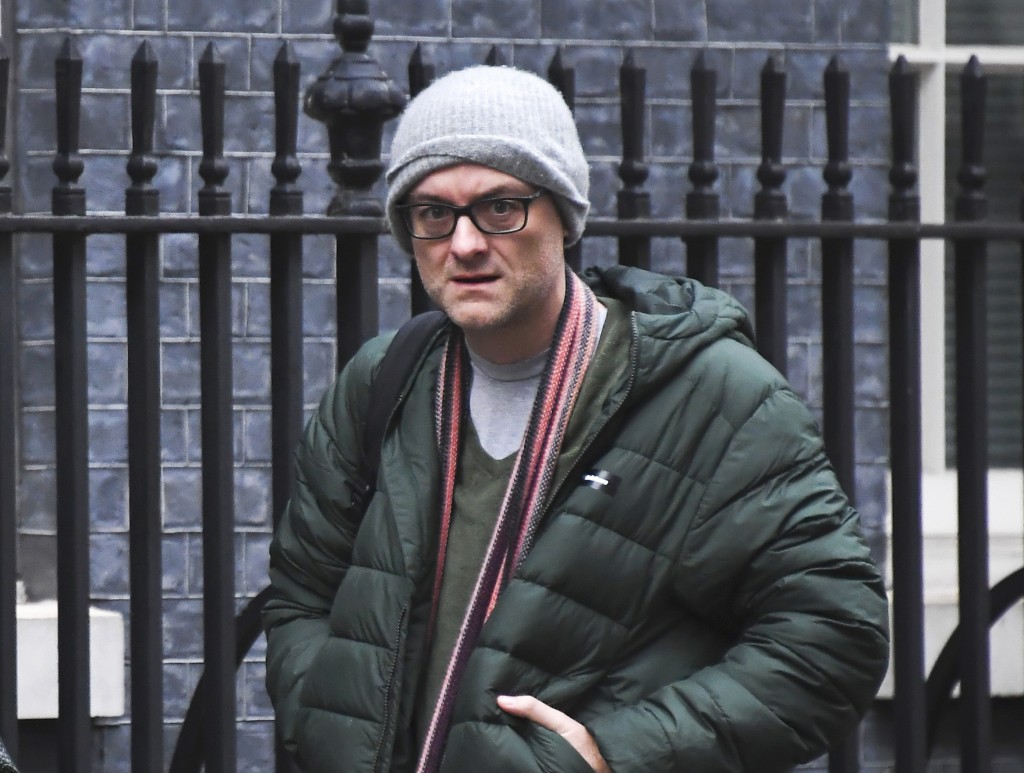 LONDON (AP) — Britain is looking for a few good weirdos.

That's the word from one of Prime Minister Boris Johnson's top advisers, who in a lengthy blog post Friday appealed for a wide range of applicants for government positions.

Dominic Cummings said one of his goals is to attract “super-talented weirdos” to government posts.

“We need some true wild cards, artists, people who never went to university and fought their way out of an appalling hell hole, weirdos,” said Cummings, who has been a lightning rod for controversy during his tenure at 10 Downing Street.

He is a former director of the campaign to lead Britain out of the European Union who has helped shape many of Johnson's policies. Cummings' blog post is something of a screed against Britain's elites, even though Johnson was educated at Britain's uppermost educational institutions.

“If you want to figure out what characters around Putin might do, or how international criminal gangs might exploit holes in our border security, you don’t want more Oxbridge English graduates,” he blogged.

He said change is needed because there are “some profound problems at the core of how the British state makes decisions.”

Cummings' strategy helped Johnson win an impressive victory in the Dec. 12 election. He said in the blog that the government's strength in Parliament means it can concentrate on vital matters.

He described it as “a new government with a significant majority and little need to worry about short-term unpopularity while trying to make rapid progress with long-term problems" and urged people to apply for positions.