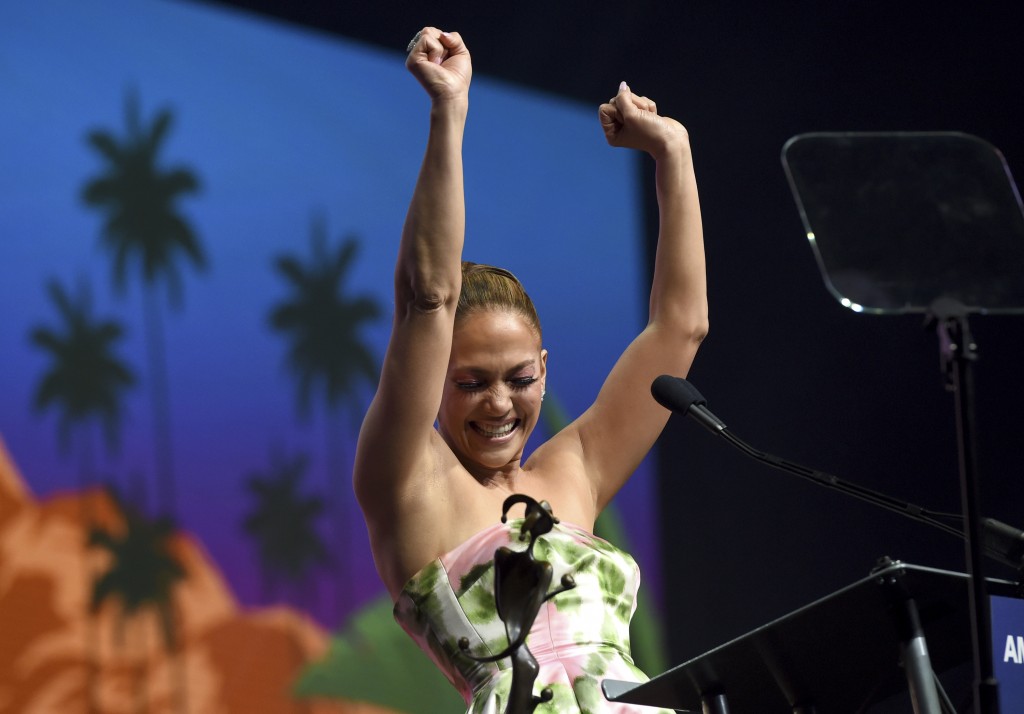 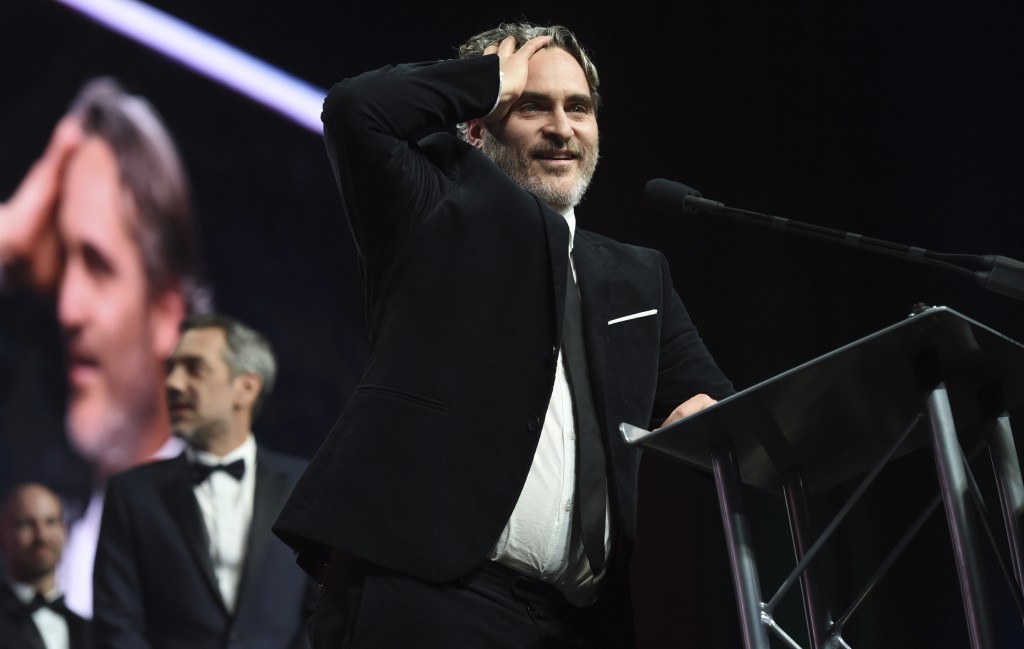 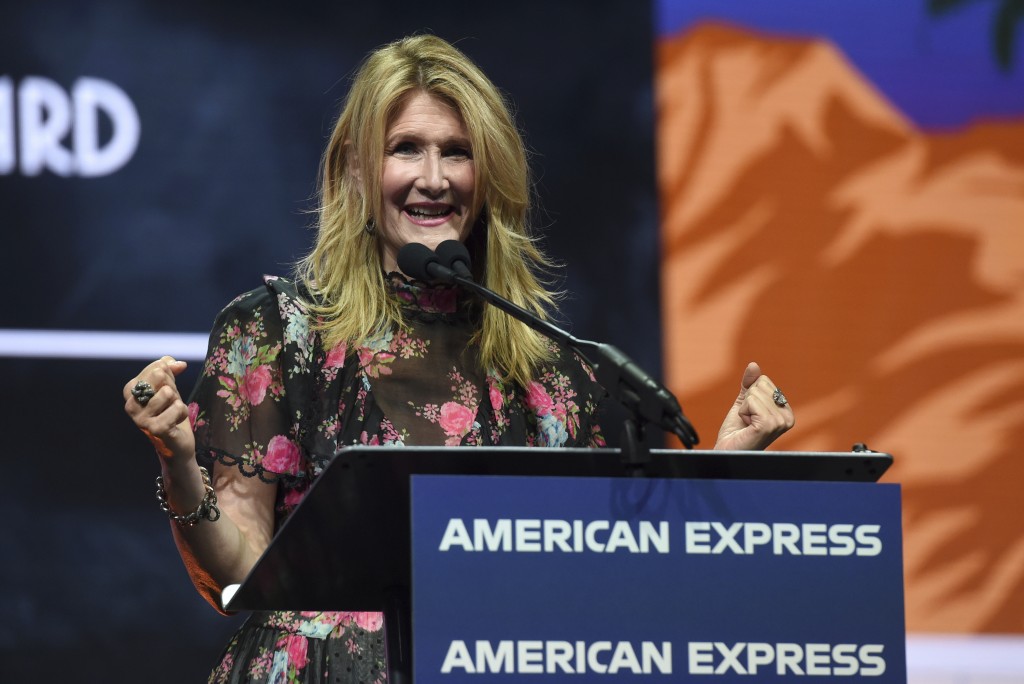 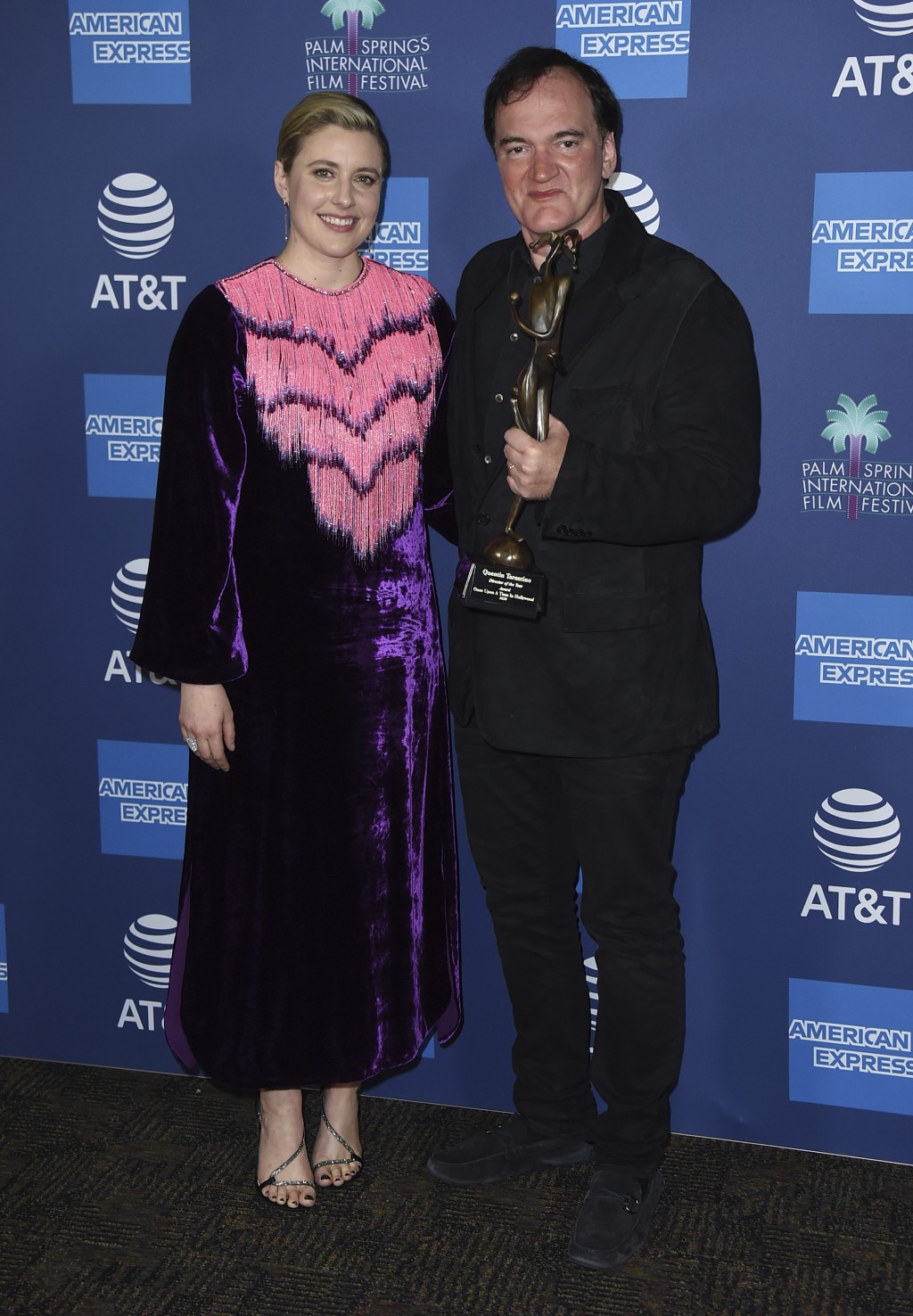 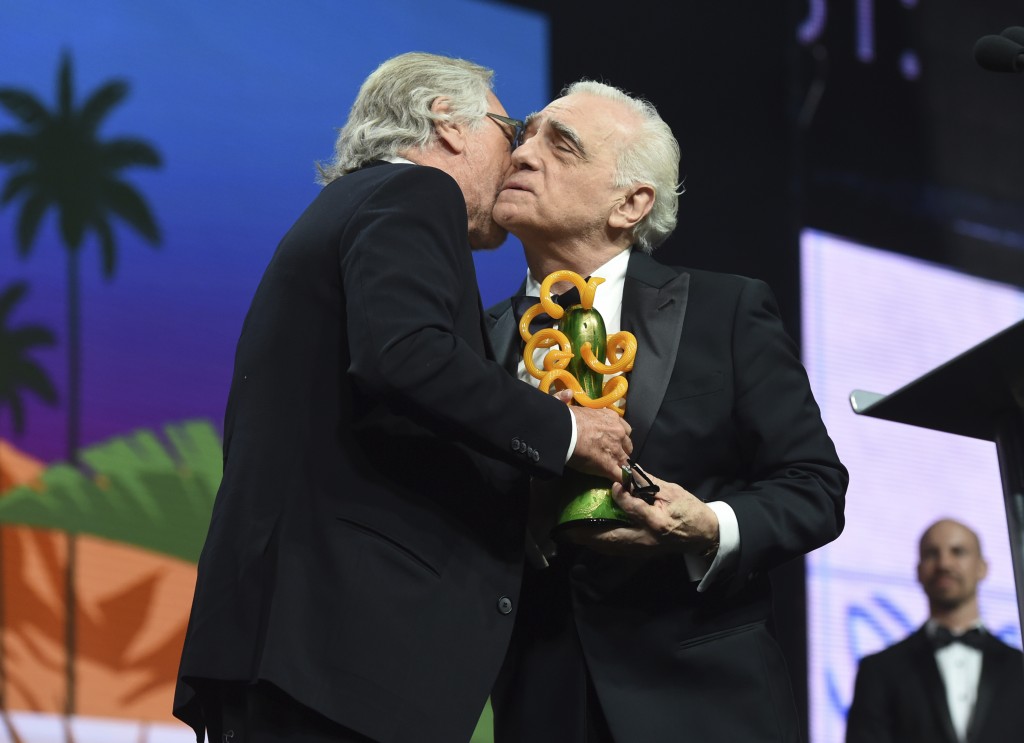 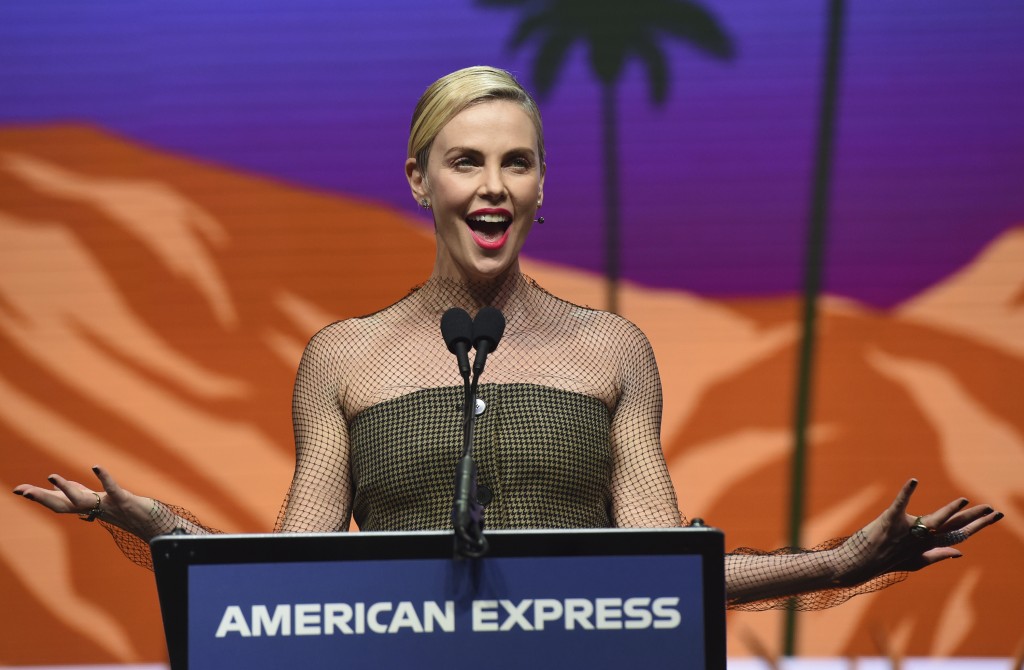 PALM SPRINGS, Calif. (AP) — Hollywood kicked off the year's compressed awards season with an emotional night in the desert.

Dern, presented with the career achievement award, was surprised with a video of her divorced parents Bruce Dern and Diane Ladd high-fiving as they praised her, saying “You got game.”

"That was really moving for me," the 52-year-old actress said. "And every kid kind of wants to see their parents together."

Dern, who stars in "Little Women" and "Marriage Story," then told the crowd of more than 2,000 dinner guests that she'd been conceived in the nearby mountain town of Idyllwild during production of the 1966 Roger Corman biker movie "The Wild Angels."

Lopez apologized for being overcome with emotion after an introduction from "Hustlers" writer-director Lorene Scafaria.

The 50-year-old performer, likely to land her first Oscar nomination later this month, noted that women held key roles both behind and in front of the camera on the crime drama.

"To all the talented women out there writing films, producing films and directing films, support one another. And tell your stories," she said.

"Little Women" director Greta Gerwig introduced "Once Upon A Time ... in Hollywood" writer-director Tarantino with effusive praise, saying he "makes movies as if movies could save the world." The 56-year-old director wiped a tear from his eye.

“My joke that I say when people are going to talk about me is I say, ‘Speak about me as if I were dead.’” Tarantino said. “And they never do! And you did! Thank you, Greta.”

"Sonny was a Republican, back in the days when Republicans still supported the arts, believed in science, and could put partisanship aside to champion what's best for our country. It's a different time," he said.

The non-televised gala was a low-pressure affair, with winners named in advance and presented with sculpture trophies by friends and directors. But it comes at a key time: Academy voters began casting ballots for Oscar nominations on Thursday, and many honorees will gather again in three days for the Golden Globe Awards.

Hollywood's awards season, which has typically stretched over more than two months, is shorter than usual this year. In an effort to reduce awards fatigue, the U.S. film academy announced last summer that it had moved the date of this year's Academy Awards to Feb. 9 from its typical late February or early March slot.