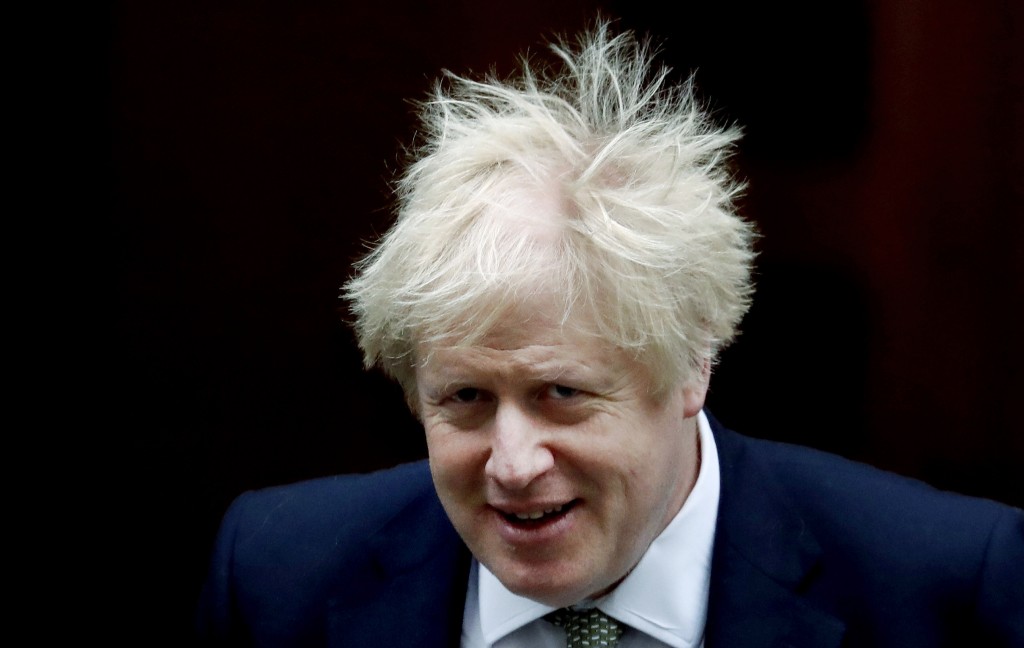 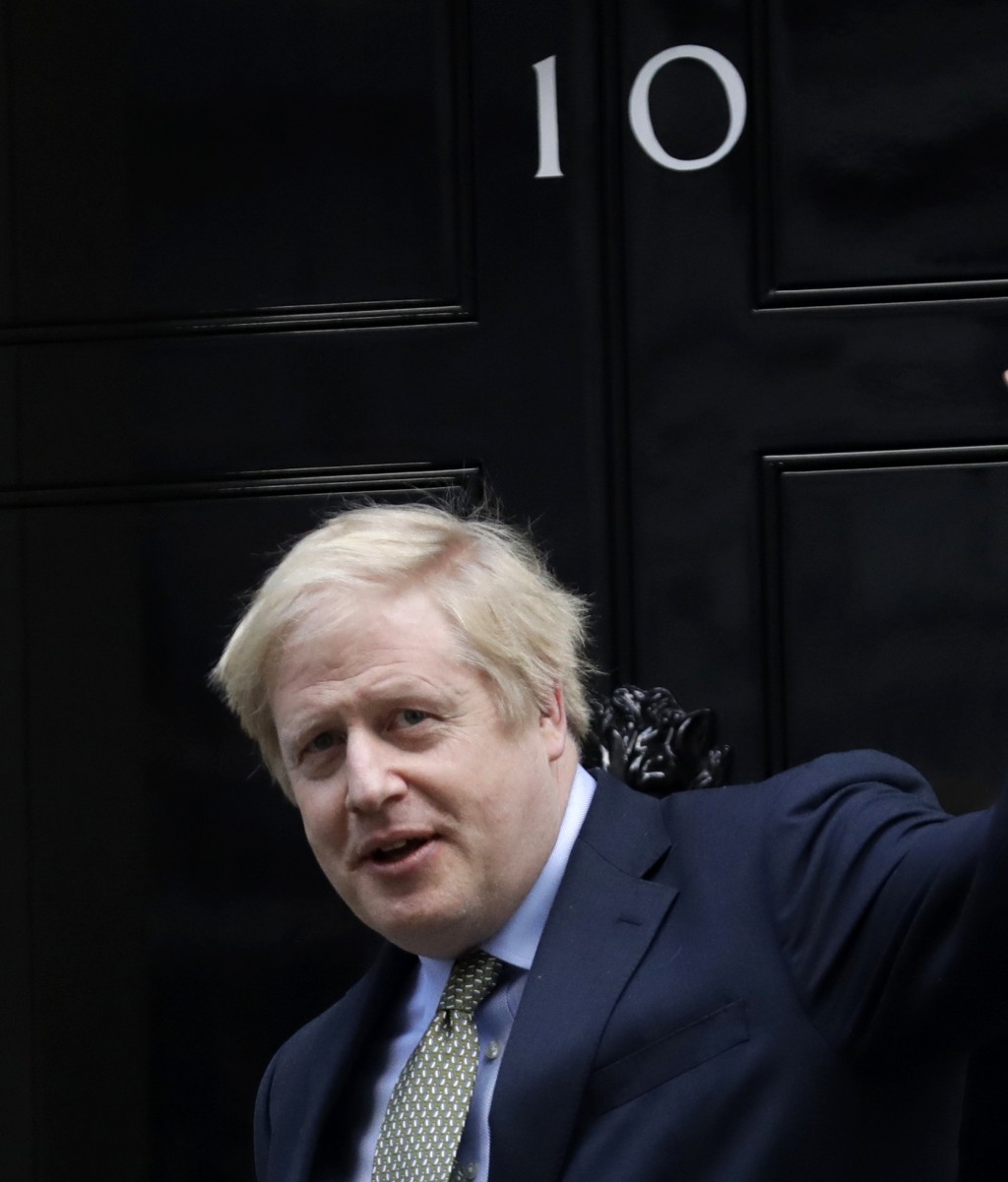 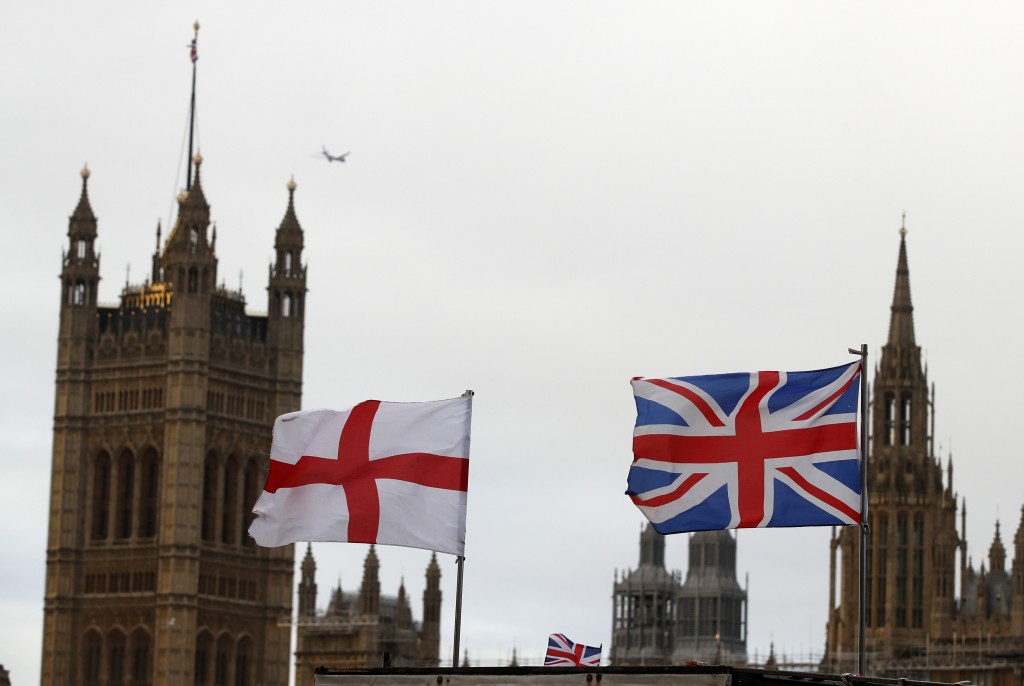 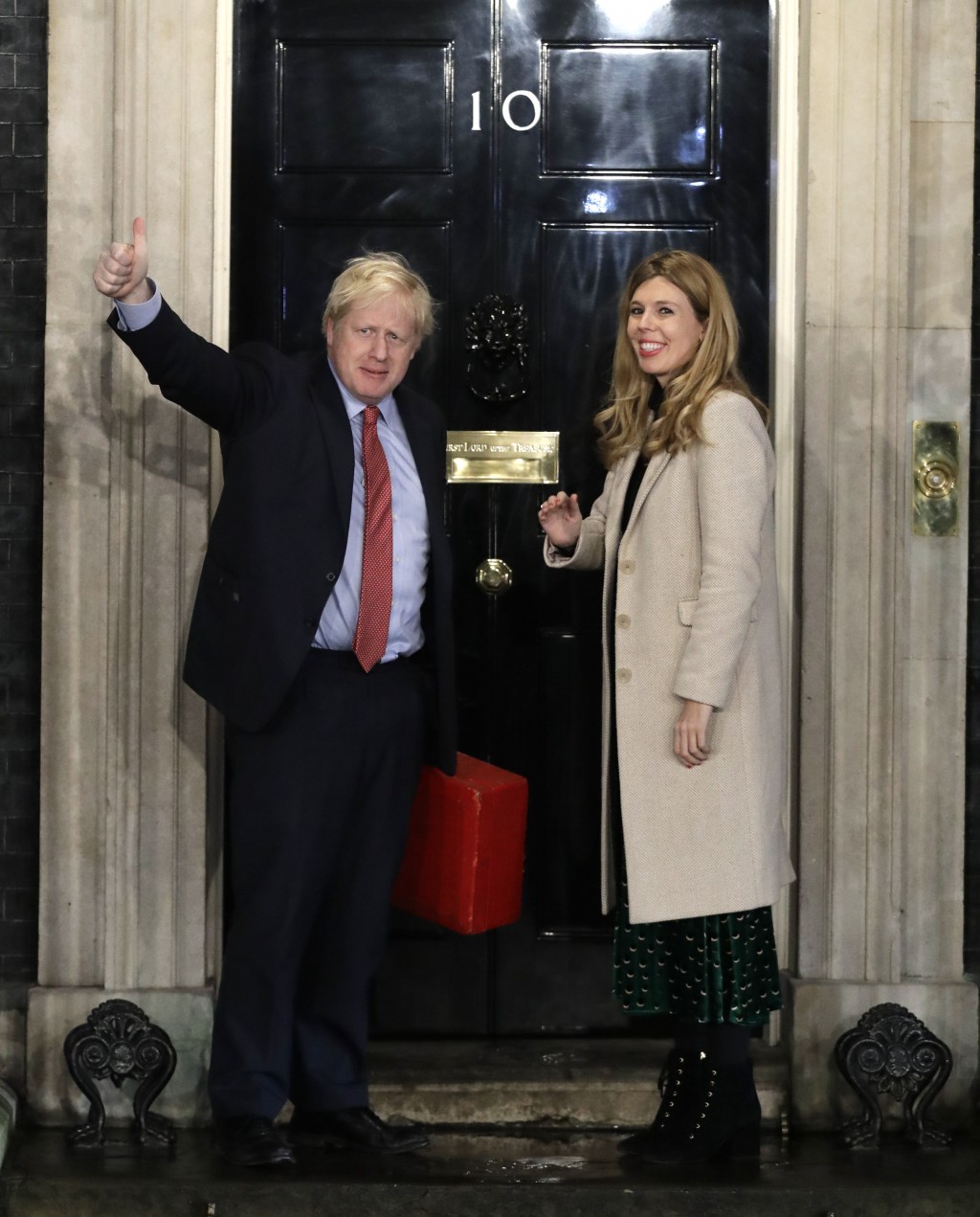 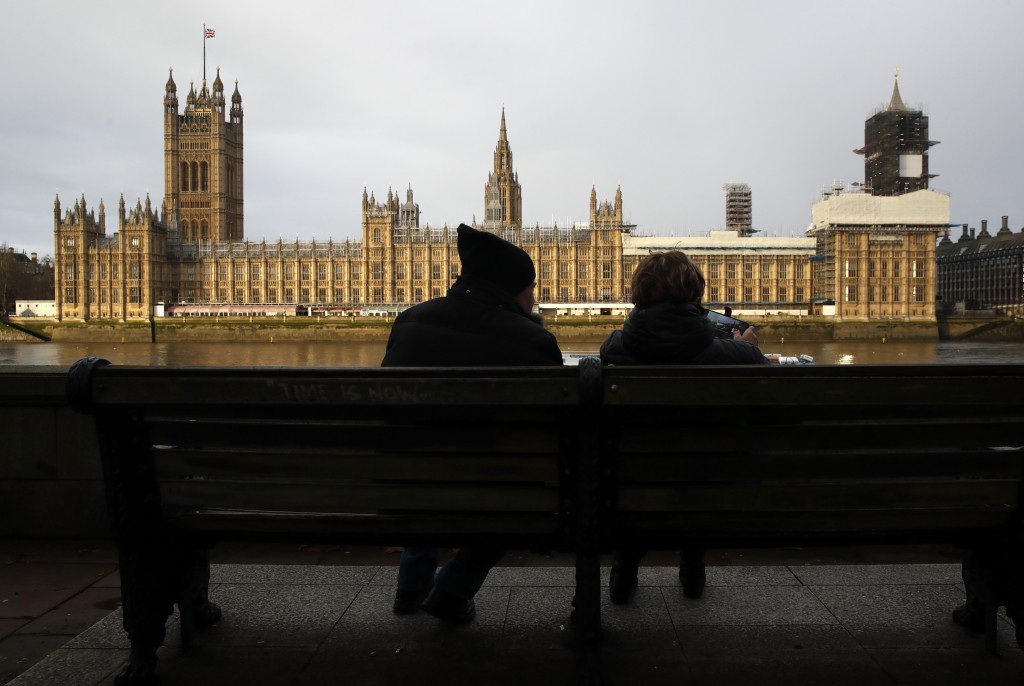 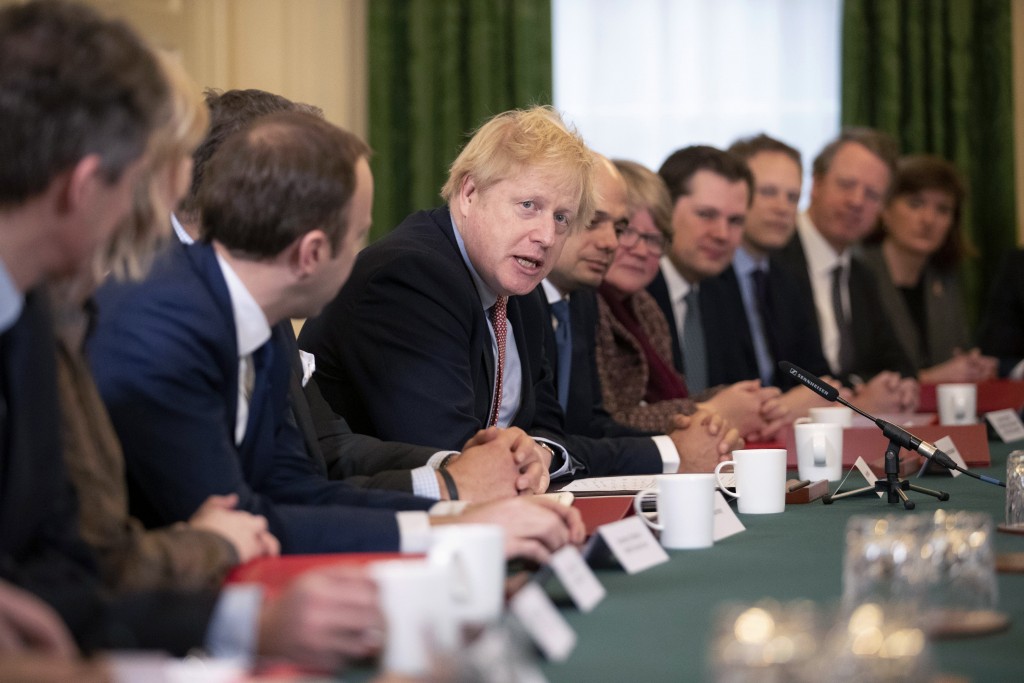 LONDON (AP) — After a remarkable political turnaround, Prime Minister Boris Johnson is on the verge of taking Britain out of the European Union with the enthusiastic support of a strong majority in Parliament.

After suffering a string of parliamentary defeats over Brexit — plus the ignominy of being told by Britain's Supreme Court that his suspension of Parliament last year was unlawful —Johnson cruised to victory in the country's Dec. 12 election and finally got his landmark Brexit bill passed before Christmas.

Expectations for the coming year are high, fueled by Johnson’s upbeat approach. He promised in his New Year’s message that resolving the Brexit stalemate means Britain “can start a new chapter in the history of our country, in which we come together and move forward united, unleashing the enormous potential of the British people.”

He pledged to “work my socks off” to unite the country. The message was pre-recorded; Johnson spent the holiday on the Caribbean island of Mustique with girlfriend Carrie Symonds.

Johnson’s predecessor, former Prime Minister Theresa May, was stung by repeated rebukes from a hostile Parliament. Johnson, however, is in a much stronger position with a healthy Conservative Party majority in the House of Commons after the election that he called two years early.

When Johnson's tenure at 10 Downing Street began in July with a series of defeats in Parliament, many observers said he likely would have the shortest reign of any recent prime minister. Instead, he has won a five-year term and left the main opposition Labour Party in near-total disarray.

With Parliament remade in his image, Johnson expects to split Britain off from the 27 other EU nations on Jan. 31, becoming the first nation ever to leave the bloc. Then the truly difficult part begins as Britain launches contentious trade talks that will define its new relationship with Europe, its key trading partner.

Momentous changes are coming, but the immediate impact of Britain’s departure will be blunted because of a yearlong transition period. There will still be unfettered trade between Britain and the EU and the free movement of people throughout 2020.

Johnson may have a friendly Parliament at home, but he does not have a warm relationship with EU leaders, who hold much of the leverage in trade talks.

One of Johnson's trickier tasks will be holding the diverse parts of the United Kingdom together while splitting from Europe.

He faces outright hostility from Scotland’s leader, whose region wanted to stay in the EU, and questions about whether Brexit may nudge U.K. member Northern Ireland closer to the Republic of Ireland and threaten its status as part of the U.K.

There is intense time pressure on the EU trade talks, which must conclude by the end of 2020 unless both sides agree on an extension by the end of June. That is an option Johnson has ruled out, raising once again the prospect that Britain might sever all EU ties without a new deal in place. Economists say such a “no-deal” Brexit would sabotage Britain's economy.

Most trade talks take much longer than one year to complete. These particular negotiations are unusually fraught because of uncertainty surrounding how trade between Northern Ireland and Ireland will be governed once the U.K. is no longer part of the EU.

There have been persistent warnings that imposing new trade barriers and tariffs could jeopardize the gains brought about by Northern Ireland's 1998 Good Friday peace deal and rekindle the violence there that has been largely dormant for two decades.

Johnson also faces a Brexit-fueled confrontation with Scottish First Minister Nicola Sturgeon that poses another threat to the U.K.'s unity. Sturgeon and her Scottish National Party are lobbying hard for a second independence referendum on whether Scotland should remain in the U.K. or strike its own path as an independent country.

Sturgeon argues that since Scottish voters rejected Brexit in the 2016 referendum Scotland is being “dragged out of the EU against its will” and should be given the chance to opt for independence, even though the prospect was voted down in 2014.

Johnson says his government will not authorize another vote on Scottish independence, but Sturgeon plans to press the issue in the coming year, capitalizing on her party’s strong performance in the December election. The independence-minded SNP won 48 seats in the House of Commons, a gain of 13 legislators.

Johnson’s larger-than-expected margin of victory and his Conservatives’ strong performance in traditional working-class Labour Party strongholds in northern and central England give him a chance to consolidate power. The Conservatives now have 365 seats in the 650-seat Parliament to Labour's 202.

It is not clear yet whether Johnson will navigate a shift to the center, patching together a deal that keeps the EU trading relationship as open as possible, or whether he will continue to court the Conservatives' hard-Brexit wing, which is ready for an abrupt rupture with Europe.