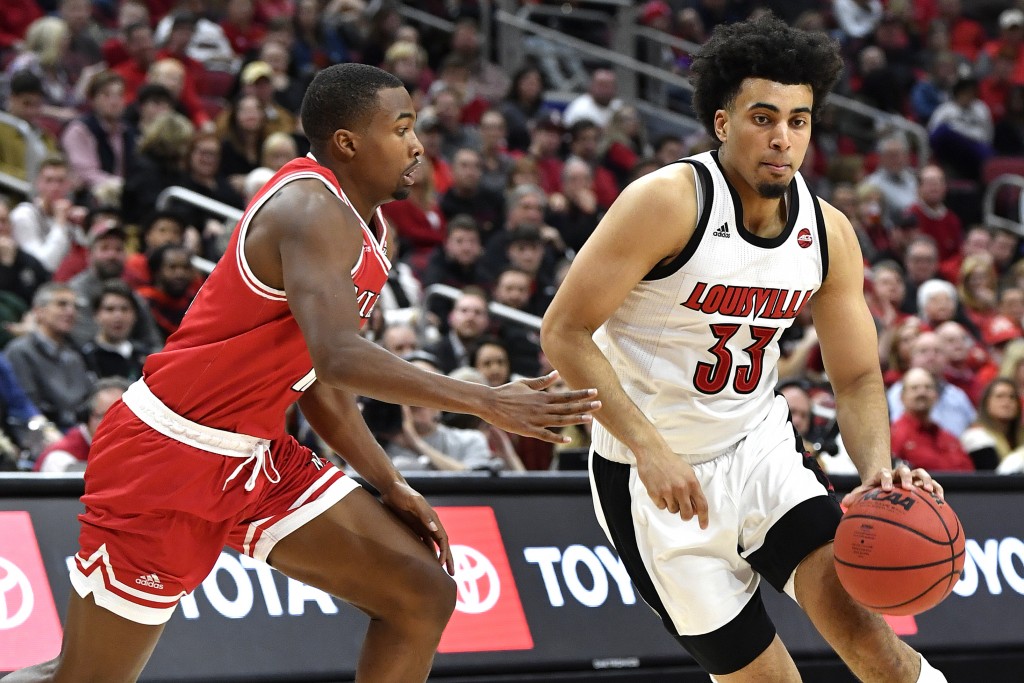 RALEIGH, N.C. (AP) — A look at the upcoming week around the Atlantic Coast Conference:

GAME OF THE WEEKEND

No. 18 Florida State at No. 7 Louisville. The Cardinals (11-2, 2-0) join second-ranked Duke as the league favorites entering the bulk of the ACC’s first 20-game conference slate. Chris Mack’s Cardinals are led by league-leading scorer Jordan Nwora (20.2 points) — though he’s coming off a season-low eight points on 2-for-10 shooting in an overtime loss to instate rival Kentucky. Louisville is one of three schools nationally (Duke, No. 3 Kansas and No. 5 Ohio State are the others) to rank among the top 15 in KenPom’s adjusted offensive and defensive efficiency rankings after Wednesday’s games. The Cardinals return to action Saturday by hosting the Seminoles (12-2, 2-1), who have won five straight games since losing at Indiana on Dec. 3 and own a top-20 defense in KenPom’s rankings by allowing just 88.8 points per 100 possessions.

The Blue Devils (12-1, 2-0) are starting their conference schedule by playing on the road four times in six games. That includes Saturday’s game at Miami, followed by Wednesday’s trip to Atlanta to face Georgia Tech. Duke won at Virginia Tech on Dec. 6 in its league opener, and then at home against Boston College on New Year’s Eve for its 2-0 start.

Notre Dame’s John Mooney is working the glass. The 6-foot-9 senior was tied with Quinnipiac’s Kevin Marfo for the national rebounding lead (13.5 per game) through Wednesday’s games, and has hit double figures on the glass in every game since having eight in the season-opening loss at North Carolina. That includes twice snagging 18 rebounds this season, first against Boston College on Dec. 7 and then against Alabama A&M on Monday. He’s also averaging 14.9 points entering Saturday’s trip to Syracuse.

Virginia’s offensive efficiency is down significantly from last year’s national-championship season. The 19th-ranked Cavaliers lead KenPom’s adjusted defensive efficiency rankings by allowing just 83.5 points per 100 possessions, but the offense has gone from second last year (123.4 points per 100 possessions) to 175th (100.1) entering Saturday’s home game with Virginia Tech. Turnovers have been a culprit; KenPom has the Cavaliers committing turnovers on 20.6% of possessions compared to 14.7% last year.

ON THE WOMEN'S SIDE

The ACC has three teams in the top 10 of the AP Top 25: No. 7 Louisville, No. 8 Florida State and No. 9 North Carolina State. The ACC also has Miami at No. 23 in the poll, while first-year coaches Nell Fortner at Georgia Tech and Courtney Banghart at North Carolina are off to 2-0 league starts after wins Thursday night.