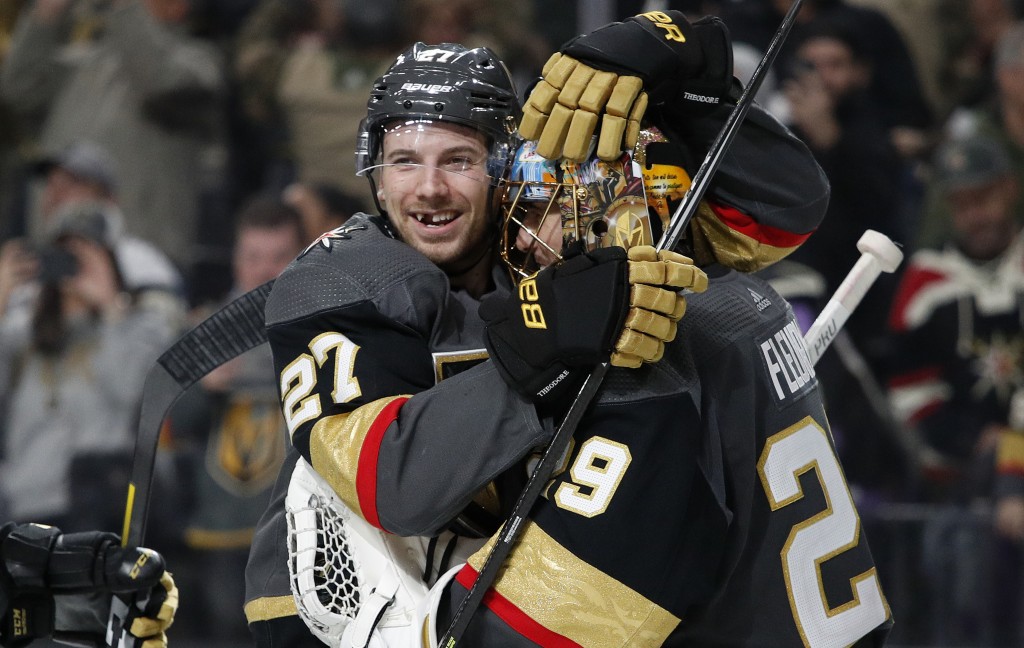 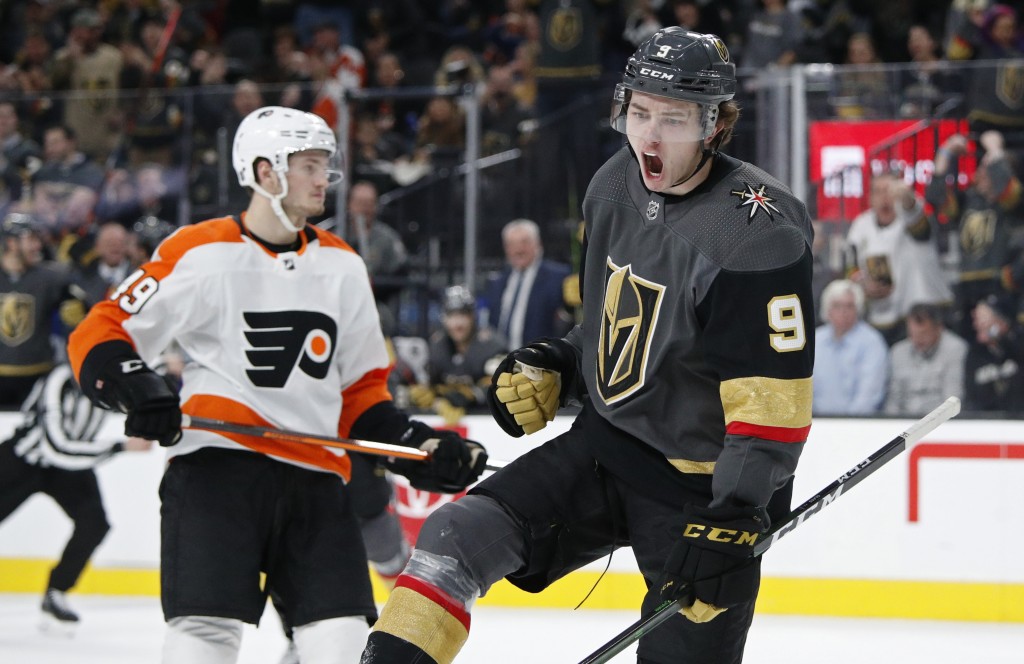 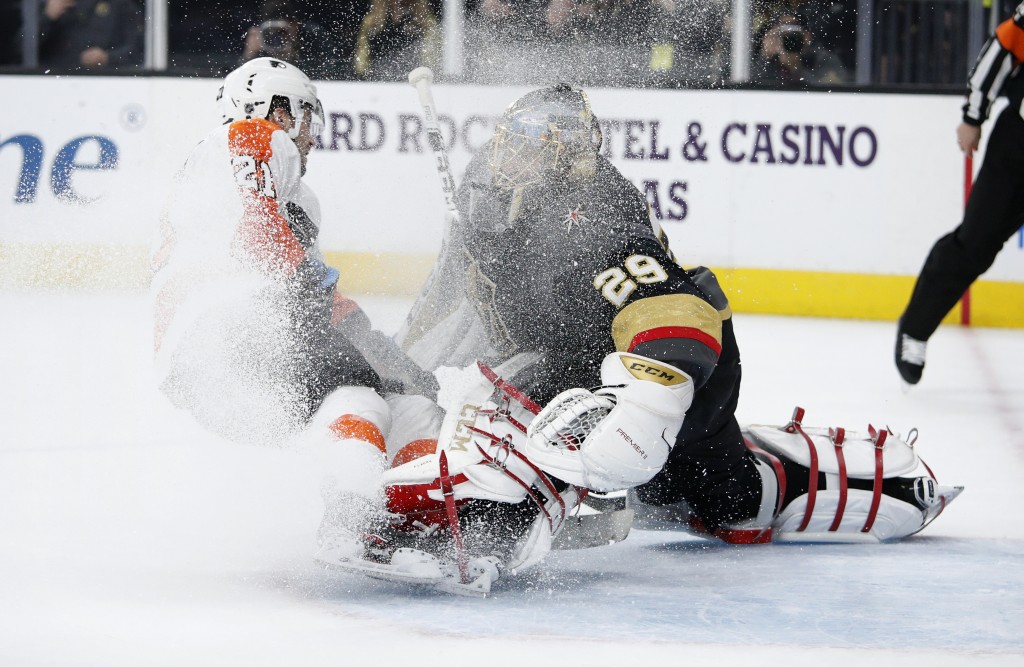 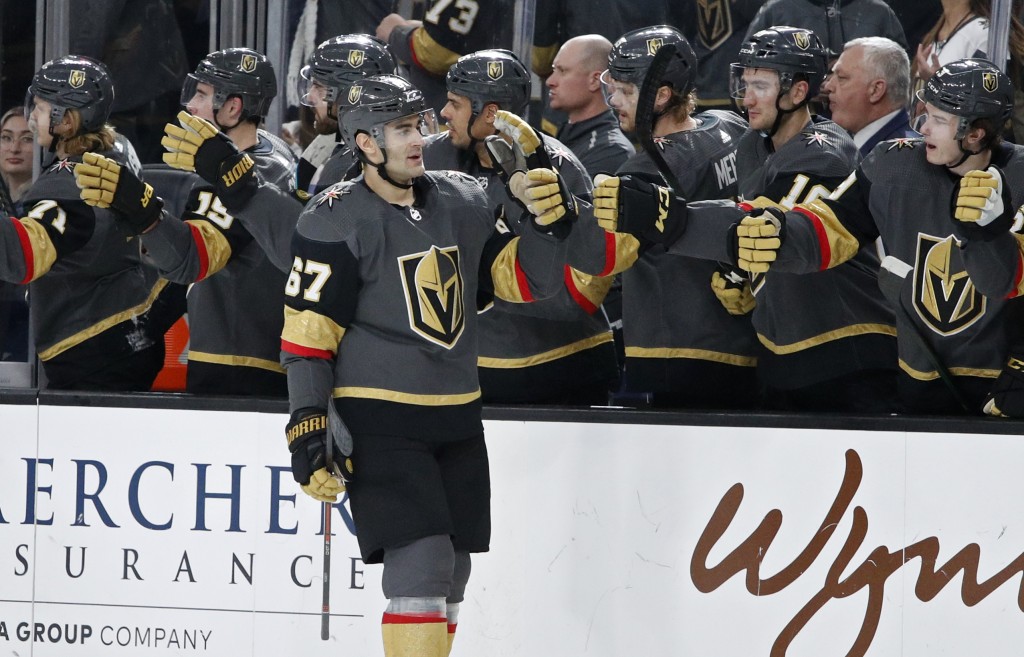 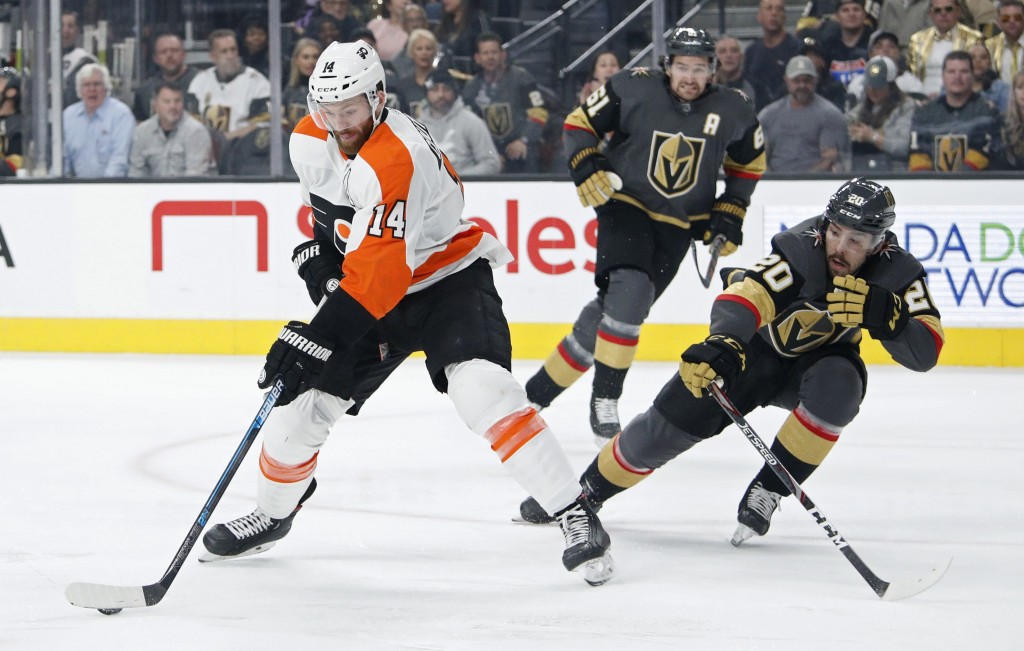 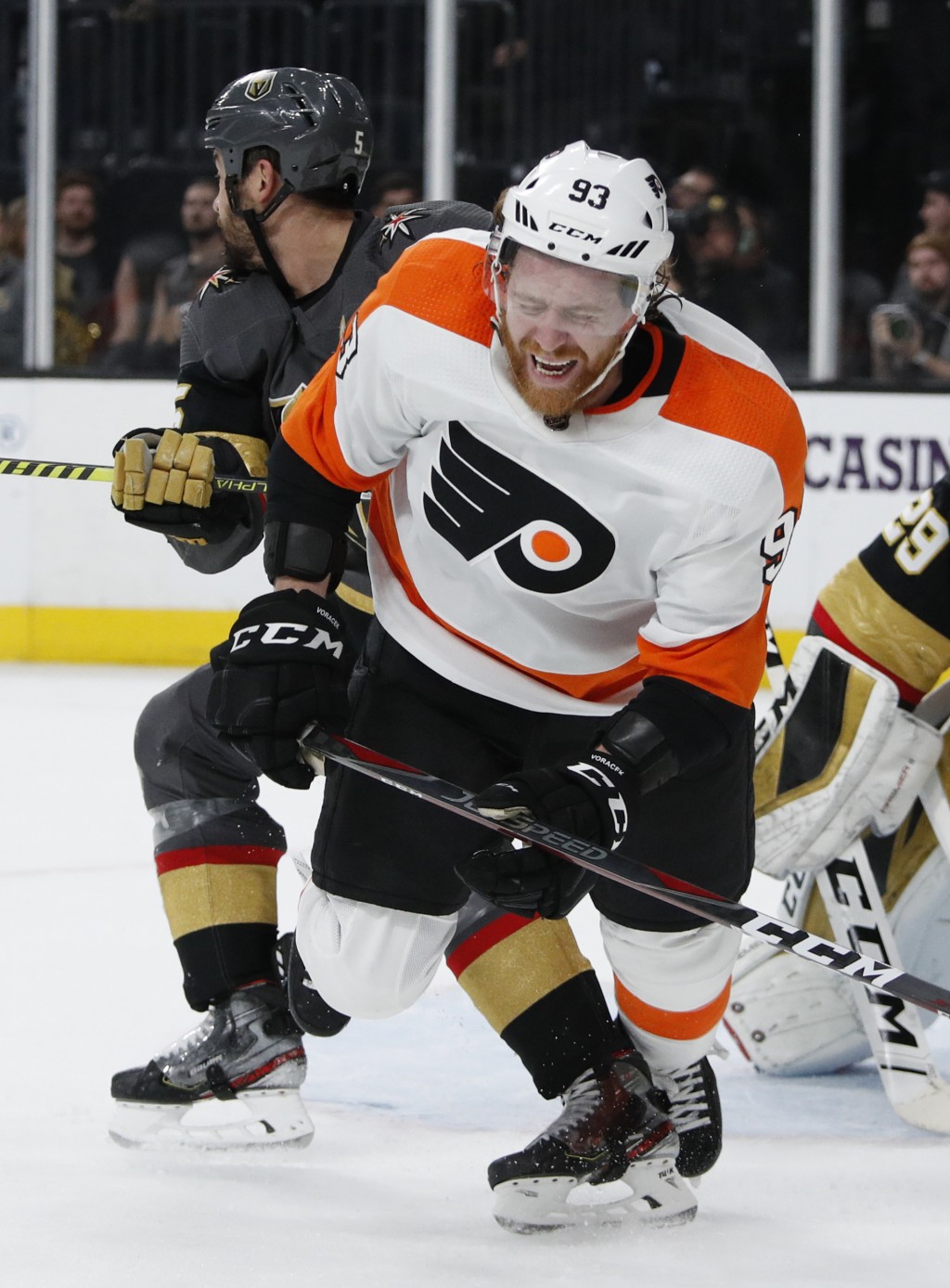 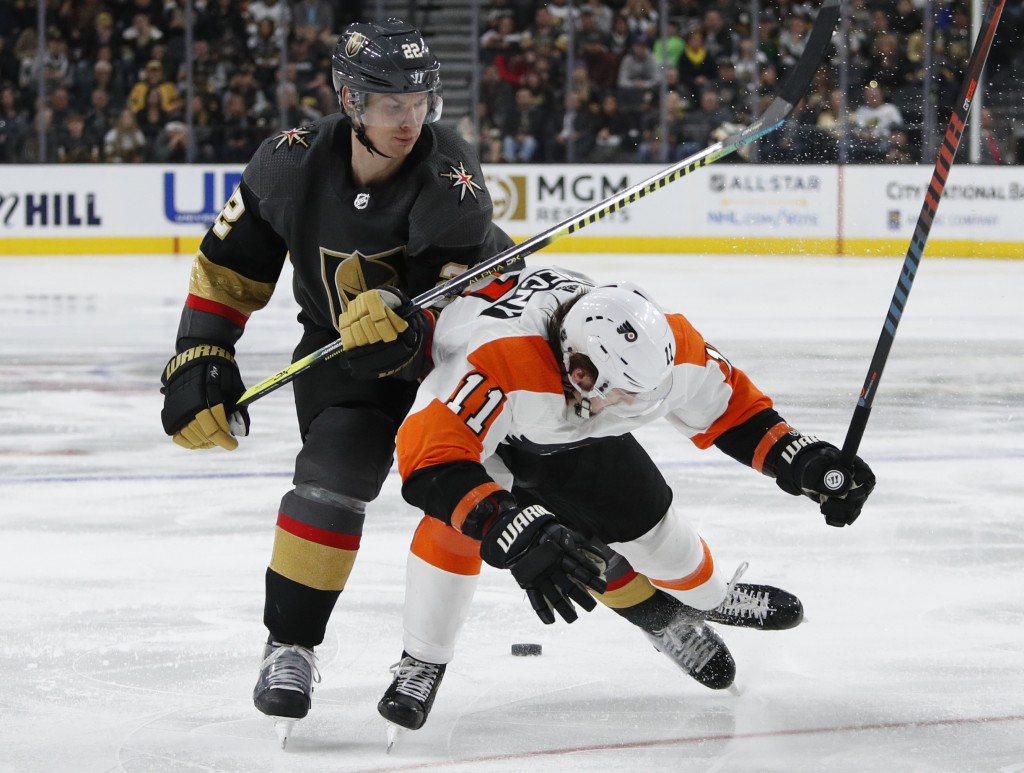 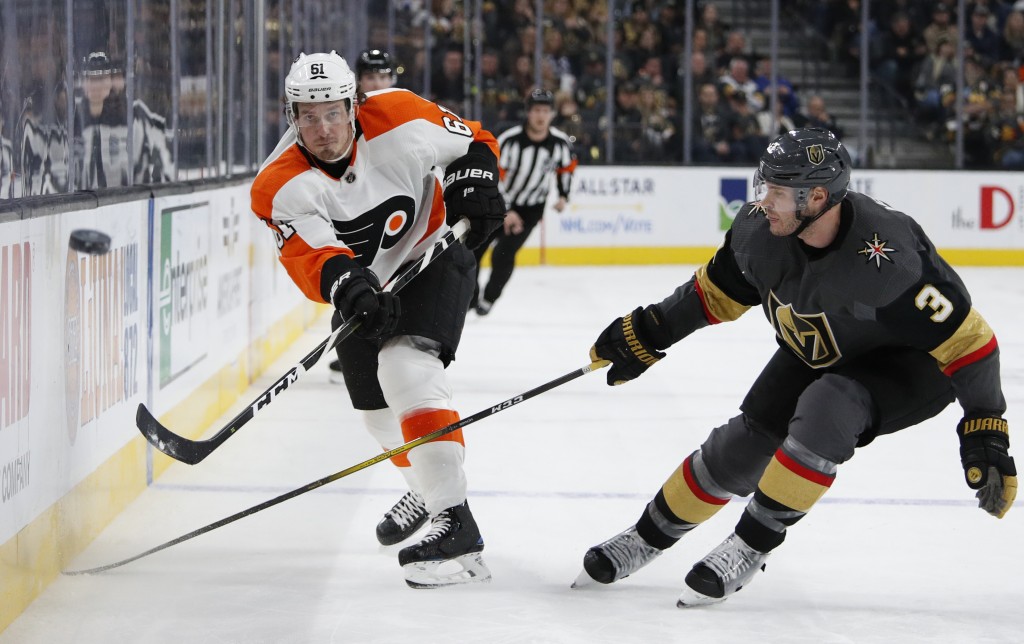 Shea Theodore, Jon Merrill and Cody Glass also scored for the Golden Knights. Marc-Andre Fleury made 34 saves, including a penalty shot, and improved to 30-19-2 against the Flyers, a team he faced often with Pittsburgh.

Fleury has won his last three starts after struggling through a 5-5-2 stretch that included a 3.26 goals-against average and .895 save percentage.

Sean Couturier scored twice for the Flyers, who played their fourth game on a six-game road trip — with the first five against Pacific Division teams. Claude Giroux and Travis Konecny each had a goal for Philadelphia.

Vegas stymied a late Flyers power play that began 5-on-4 with 2:46 left and turned into a 6-on-3 edge on the ice with 1:29 remaining when defenseman Deryk Engelland was called for cross-checking and Philadelphia goalie Carter Hart was pulled.

Hart made 28 saves in his first start against the Golden Knights. The second-year goaltender is 7-12-1 lifetime on the road and 11-7-3 against Western Conference opponents.

In what was easily the most entertaining period of hockey the Golden Knights have played at home this season, there were six goals, 30 shots and a combined 30 hits in the first.

The highlight was Merrill scoring his first goal of the season as a fourth-line forward after playing the first 343 games of his career as a defenseman. Merrill recovered after slipping to both knees, gathered a rebound of Nicolas Roy's shot and used a nifty forehand-to-backhand move to beat Hart, sending the sellout crowd into a frenzy.

Pacioretty had two goals in the period, Theodore also scored and the Golden Knights led 4-2 after one.

At the other end, Fleury did his share to fire up the crowd with a couple of highlight-reel saves, including one on Scott Laughton's penalty shot. Giroux and Konecny scored for Philadelphia.

Glass and Couturier traded goals in the second to keep it a two-goal game. Couturier opened the third with a power-play goal to cut Vegas' lead to 5-4.

Fleury delivered another outstanding save when he flashed some leather with a little more than six minutes left, robbing Giroux on a wrist shot from the circle with a beauty of a glove save.

NOTES: T-Mobile Arena will play host to the Fortress Invitational, beginning with first-round play on Friday with No. 14 Providence vs. No. 20 Army, followed by No. 2 Cornell vs. No. 6 Ohio State. The Golden Knights host defending Stanley Cup champion St. Louis in a matinee Saturday, followed by the consolation and championship games of the in-season college tournament. ... Vegas' Mark Stone is the only player in the NHL who has at least 50 takeaways and 30 points. ... Giroux has a point in five straight games (two goals, three assists). ... Jonathan Marchessault was scratched by Vegas and missed his first game of the season. ... Dodgers third baseman Justin Turner and 1988 World Series champion Orel Hershiser were in attendance.

Flyers: At the Arizona Coyotes on Saturday.