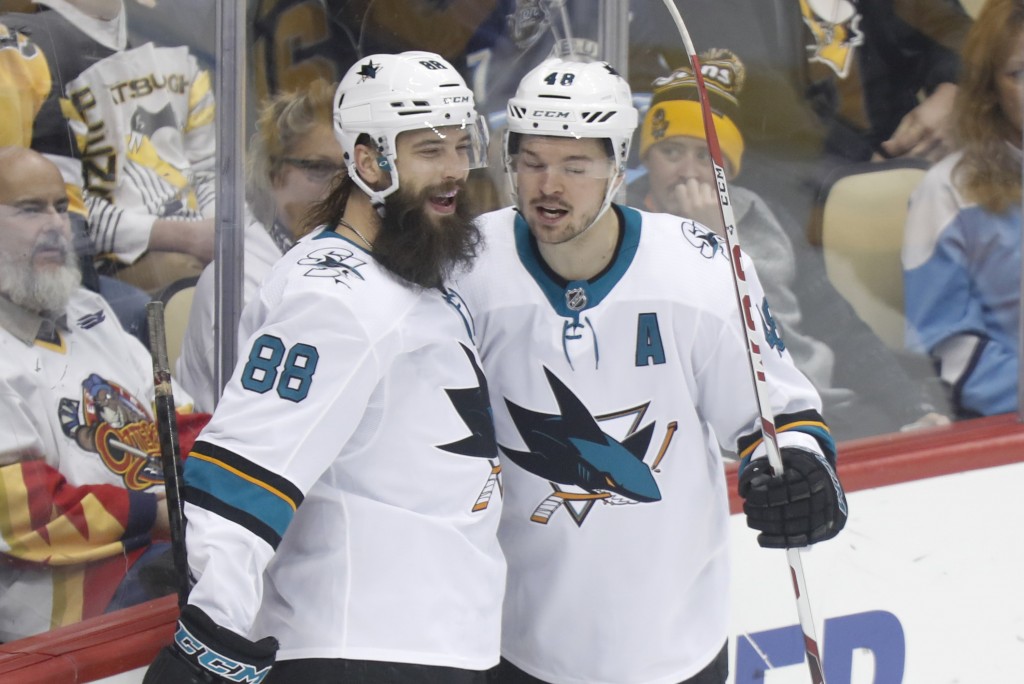 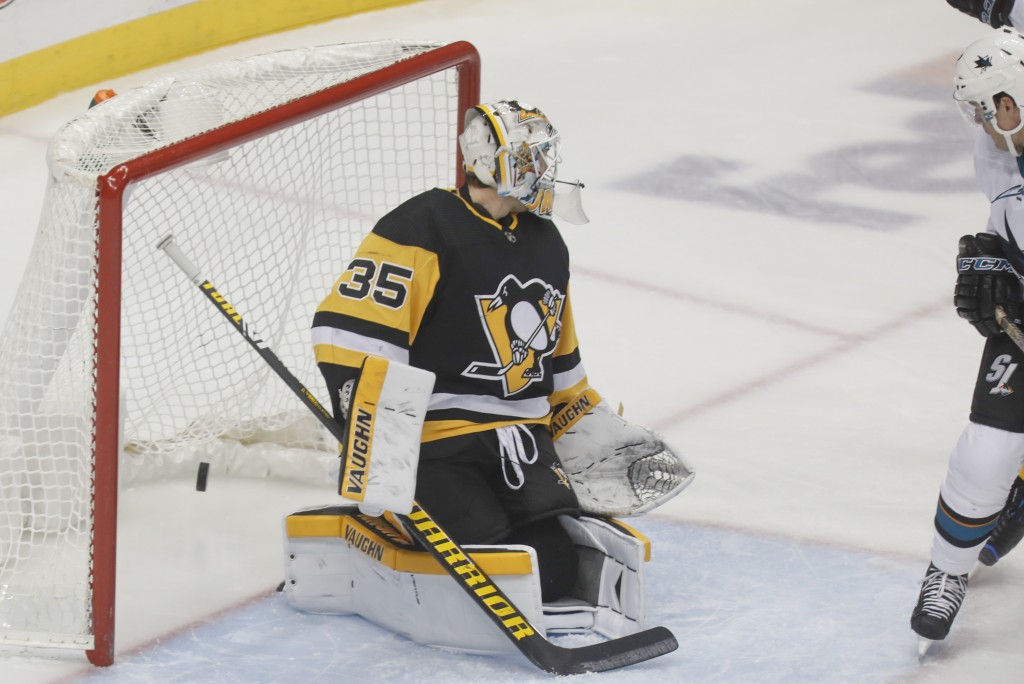 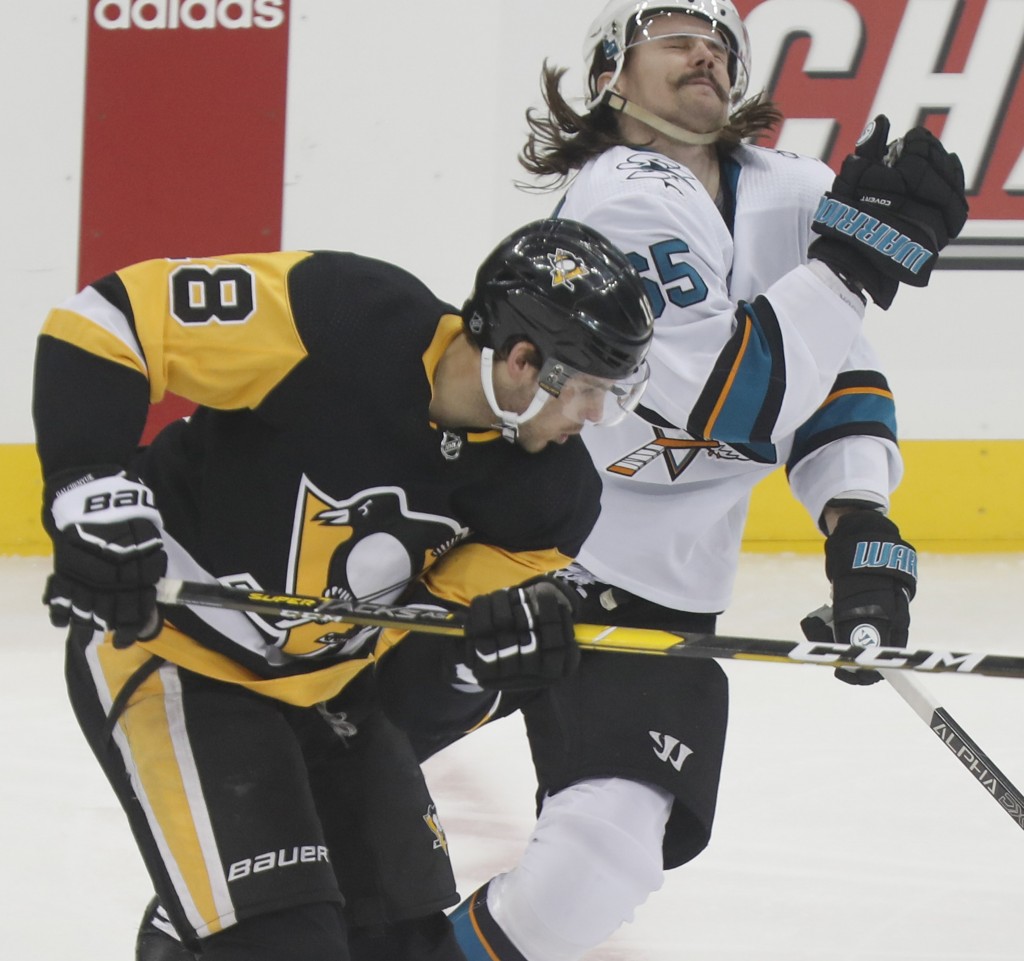 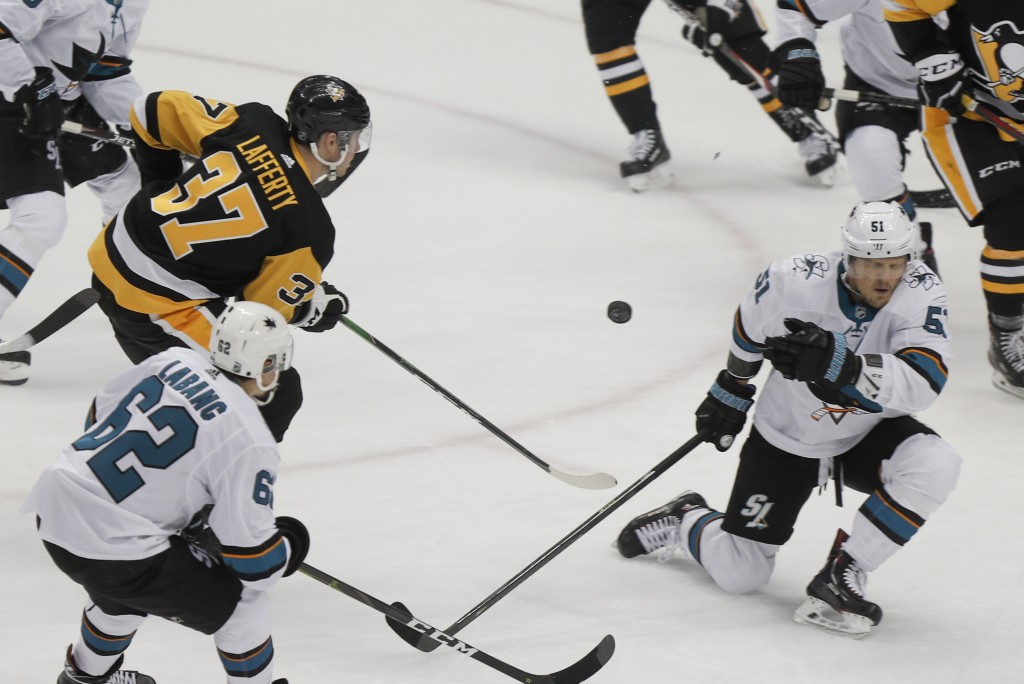 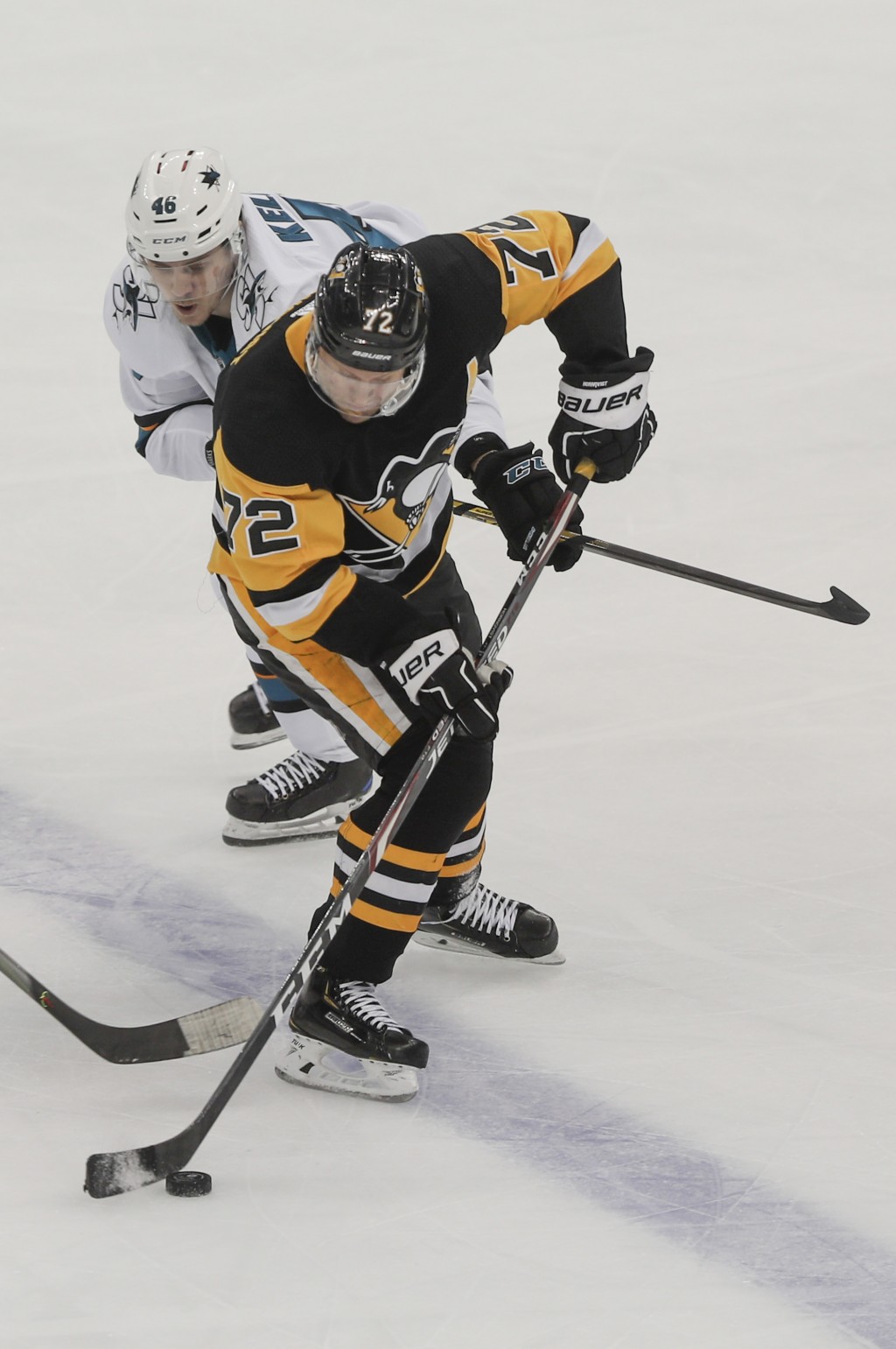 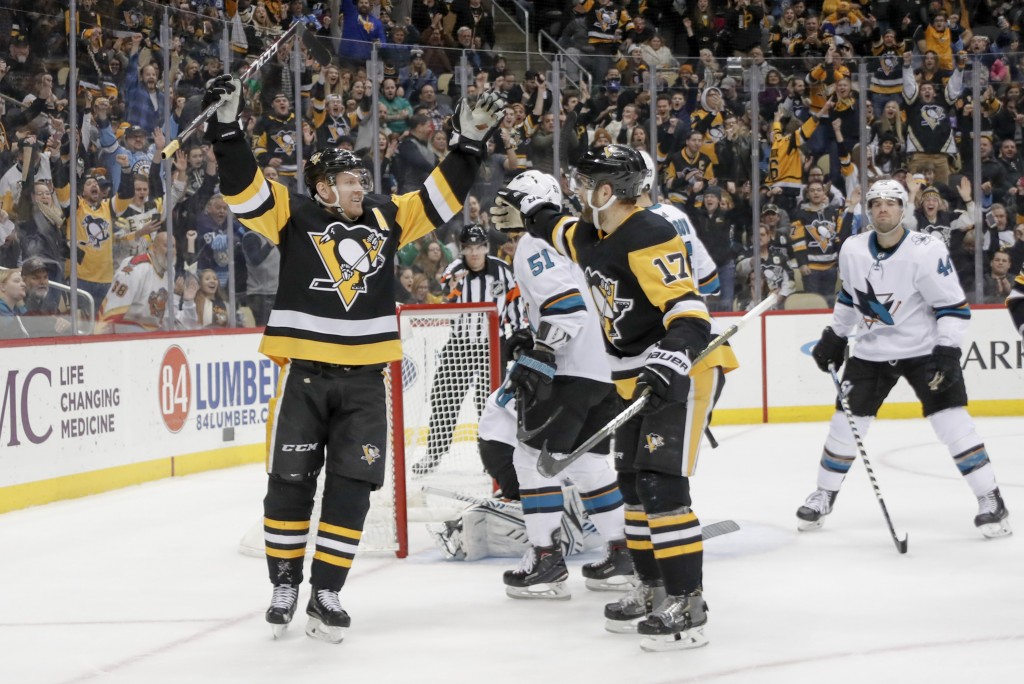 Burns picked up his seventh goal of the season when his slap shot from high in the slot beat Tristan Jarry 2:02 into the extra period to give the Sharks only their third win in 14 games. Joe Thornton got the primary assist to move past Adam Oates for seventh place with 1,080 career helpers.

Tomas Hertl scored his 15th goal for the Sharks and Logan Couture added his 13th as San Jose improved to 3-5-1 under interim coach Bob Boughner. Aaron Dell stopped 36 shots to outduel Jarry, who entered the game leading the NHL in goals-against average and save percentage.

Patric Hornqvist scored twice for Pittsburgh, which lost for just the second time in nine games. Jarry finished with 28 saves but the Penguins couldn't kill off an overtime penalty by defenseman Kris Letang, who was sent off for tripping 46 seconds in.

The loss was a rare misstep for the Penguins, who have done more than simply get by despite a seemingly endless stream of injuries to high-profile players, a list that now includes forward Jake Guentzel.

Pittsburgh led the NHL in wins (10) and goal differential in December (plus-16), a surge fueled in large part by Guentzel's heady play. The 25-year-old was selected to his first All-Star team on Monday, then saw his regular season come to an end just hours later when he slammed his right shoulder into the boards moments after scoring his team-leading 20th goal in a victory over Ottawa.

There's a chance Guentzel will be back if the Penguins make a deep playoff run, but for now coach Mike Sullivan said he was trying to focus on taking it game by game in addressing Guentzel's absence. Sullivan slid Alex Galchenyuk into Guentzel's spot on the top line between Evgeni Malkin and Bryan Rust.

The move didn't pay immediate dividends as the Penguins spent long stretches early on scrambling to get into position as the Sharks created a series of odd-man chances, the kind Pittsburgh has been excellent at preventing during its solid first half of the season.

Not so much in a rematch of the 2016 Stanley Cup finals won by the Penguins in six games. The teams find themselves in drastically different places nearly four years later. A season removed from a spot in the Western Conference finals, the Sharks entered 2020 tied for last in the Pacific Division, a slide that cost coach Peter DeBoer his job last month.

Still, San Jose pounced on some sloppy defensive play by the Penguins early. Hertl gave the Sharks the lead 2:51 in when Burns' centering pass found Hertl's stick and Hertl deflected the puck by Jarry to put San Jose in front.

Hornqvist tied it with 3:09 to go in the first when he pounced on a messy pass by San Jose's Mario Ferraro that hopped over the stick of teammate Timo Meier and right to Hornqvist. Playing in his 741st career game — the most by a player taken last in the NHL draft — Hornqvist raced down the slot and beat Dell high to the stick side.

The tie lasted all of 20 seconds.

San Jose's Patrick Marleau harassed Penguins defenseman John Marino into a turnover, chased down the loose puck and slipped a pass to Couture, who finished the 2-on-1 in style to put the Sharks back in front. Pittsburgh's defense found its footing in the second period, and Hornqvist's expert deflection off a slick centering pass from the corner by Rust pulled the Penguins even with 51 seconds to go before the second intermission.

Dell kept the Sharks in it during a third period in which San Jose was buried in its own end for long stretches, buying Burns time to win it.

NOTES: Sharks D Radim Simek left briefly in the first period after getting hit in the nose with a shot. ... Rust has a point in nine of his last 10 games and is just five points off his career high of 38 set during the 2017-18 season. ... The Penguins went 0 for 2 against San Jose's top-ranked penalty kill. The Sharks were 1 for 2 with the man advantage.

Penguins: Play at Montreal on Saturday. The Canadiens won the first meeting 4-1 on Dec. 10.