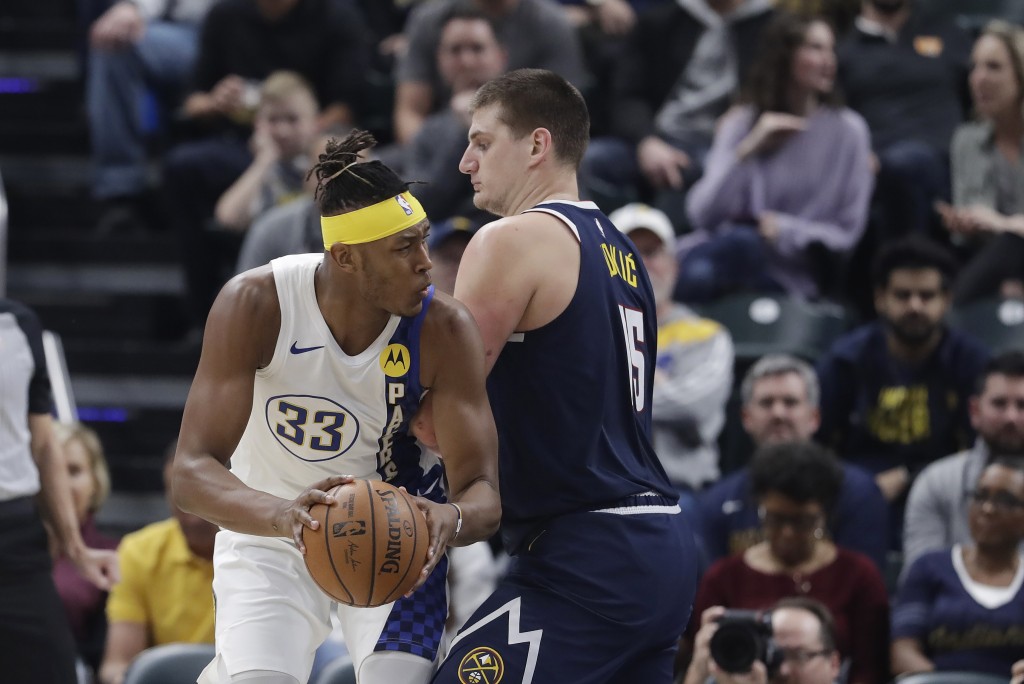 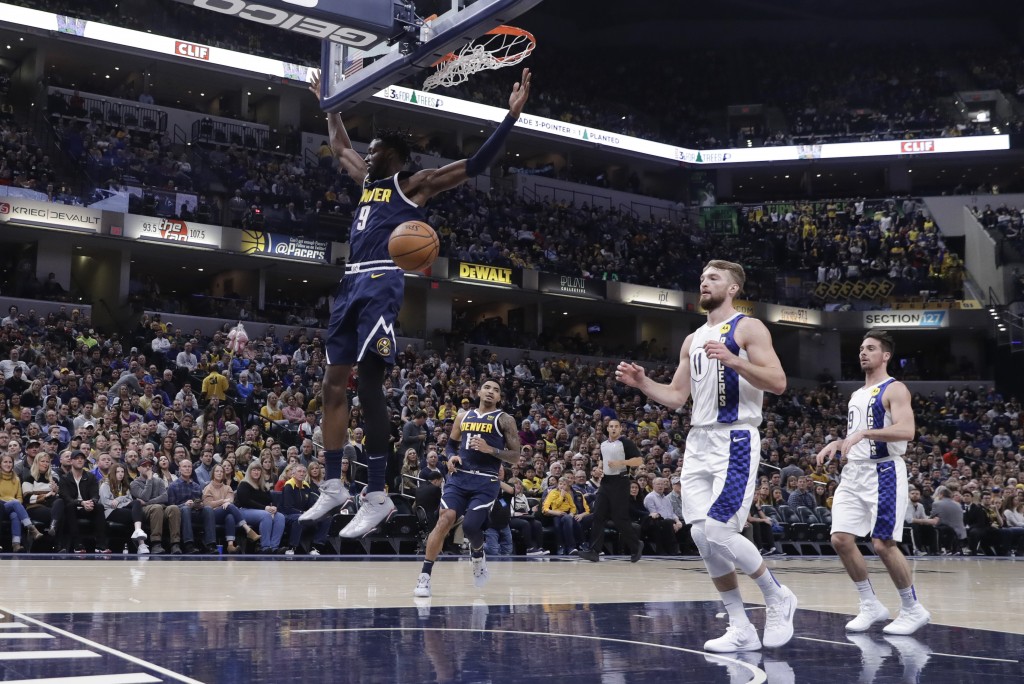 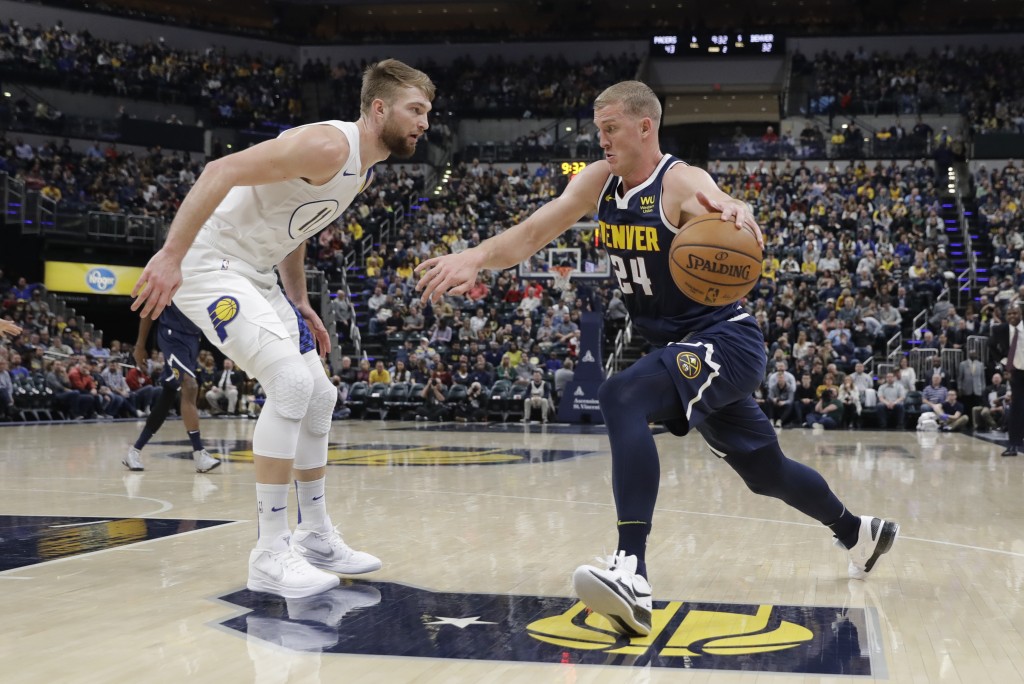 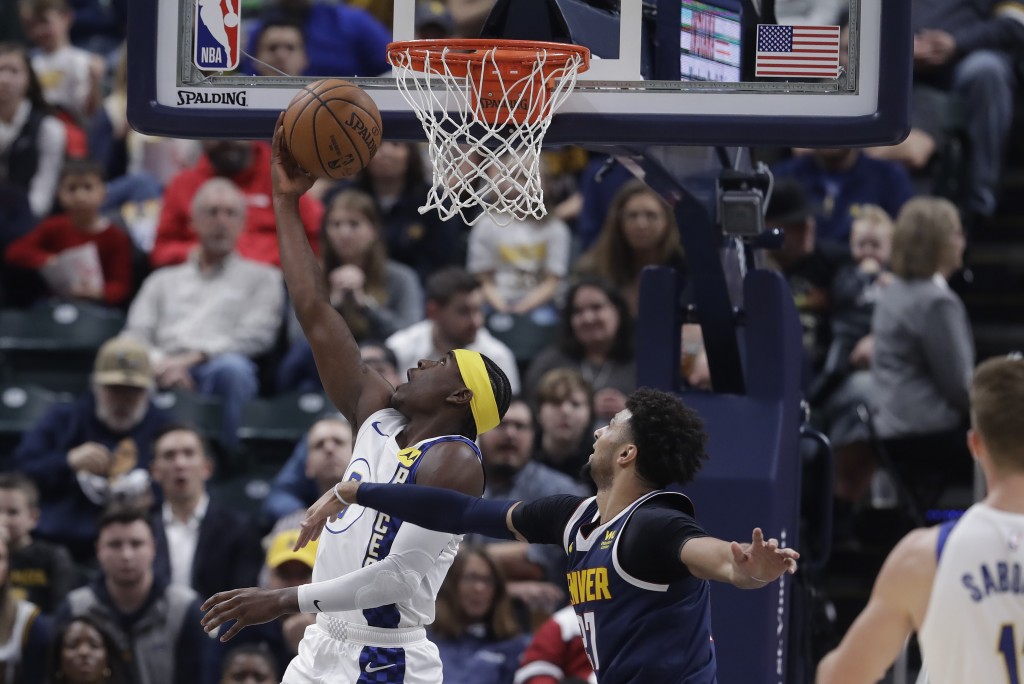 The Nuggets have won three of four and earned this one despite having Nikola Jokic in serious foul trouble all night. Jokic finished with 22 points, 12 in the fourth quarter, and seven rebounds.

Jeremy Lamb had a season-high 30 points for the Pacers, who have lost four of six. Domantas Sabonis had 18 points, nine rebounds and nine assists, falling just short of a triple-double for the second time this week.

The Nuggets spent the entire first half playing catch-up and never took the lead until Gary Harris' 3-pointer with 9:16 left in the third quarter made it 73-72.

Lamb answered with a 3, which turned the game into a back-and-forth contest until Monte Morris scored the final five points of the quarter to give the Nuggets a 92-88 lead.

Nuggets: Will Barton III had 16 points, 10 rebounds and five assists. ... Harris, who played high school basketball in suburban Indy, returned to the lineup after missing the previous two games with a bruised left shin and finished with 12 points. ... Jokic picked up three quick fouls and played just eight minutes in the first half. ... Denver snapped a two-game losing streak in Indy ... The Nuggets had 27 assists, improving to 17-4 when posting 25 or more this season.

Pacers: Turner had 21 points and T.J. Warren added 20. ... Aaron Holiday finished with 10 assists. ... Lamb was 5 of 5 on 3s and also grabbed six rebounds. ... Indiana scored a season-high 37 points in the first quarter. ... Nate McMillan will have to wait another game to break a tie with Chuck Daly for 23rd on the league's career wins list (638). ... Malcolm Brogdon has missed four of Indiana's last five games with injuries, this time with a sore back. ... The Pacers had won six straight home games before Thursday.

Nuggets: Will make their third stop on a five-game road trip Saturday at Washington.

Pacers: Can pull off a second straight season sweep of the Hawks on Saturday in Atlanta.