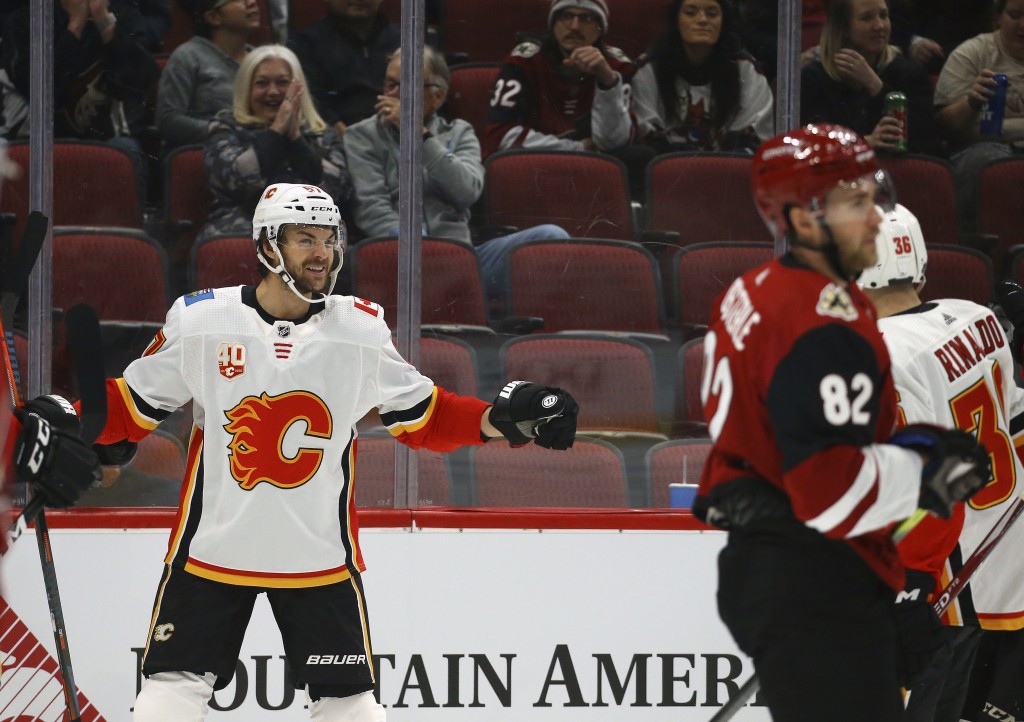 Buffalo acquired a fourth-round draft pick from Montreal and sent it the Flames.

Trading Scandella allowed Buffalo to free up space under the salary cap while opening room on its crowded blue line. The deal cleared the way for the Sabres to add much-needed forward depth in Frolik, who's production has dropped this season.

Frolik has just five goals and five assists in 38 games with the Flames this year after scoring 15 or more eight times in 12 NHL seasons.

The 29-year-old Scandella was in the final year of a five-year, $20 million contract and eligible to become an unrestricted free agent following this season. He's a 10-year veteran who was acquired by Buffalo in a multiplayer deal with the Minnesota Wild following the 2016-17 season.

The trade comes as Sabres are slumping and players are complaining about their ice time. Defenseman Zach Bogosian asked to be traded last month and was followed by third-line forward Evan Rodrigues, who went public with his trade request Tuesday.

Scandella is a defensive-minded player who had just three goals and nine points in 31 games this season.

The Sabres benefit by freeing his $4 million hit against the salary cap. Buffalo was also carrying eight defensemen on its roster — one more than usual.

The 31-year-old Frolik is also in the final year of a five-year, $21 million contract.

Buffalo has lost four straight and is 1-6-1 in its past eight entering its home game against the Edmonton Oilers on Thursday night.