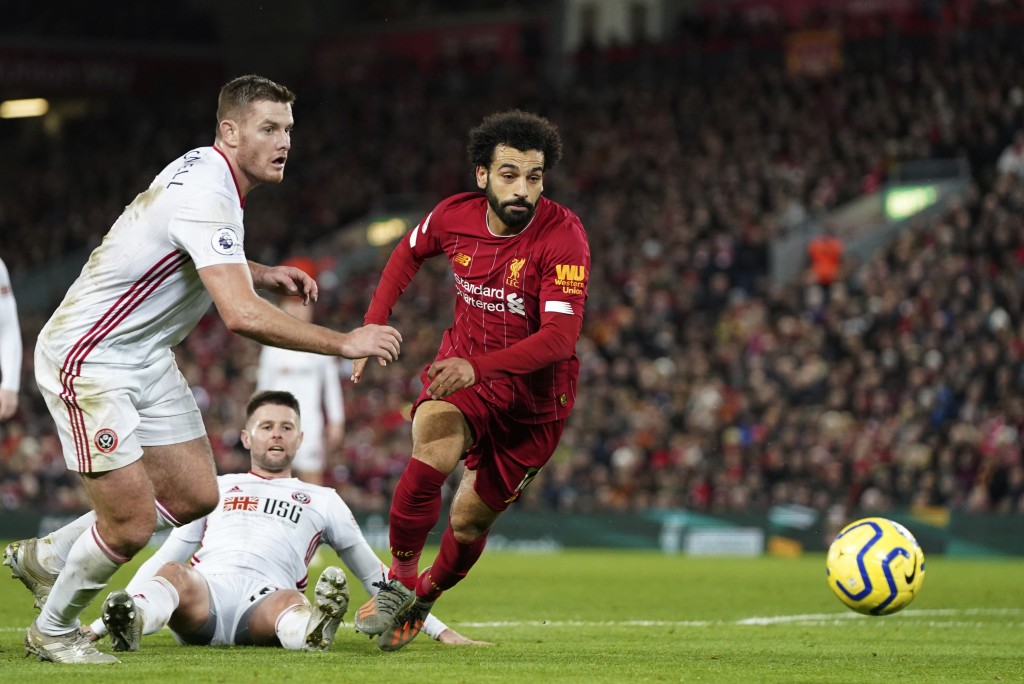 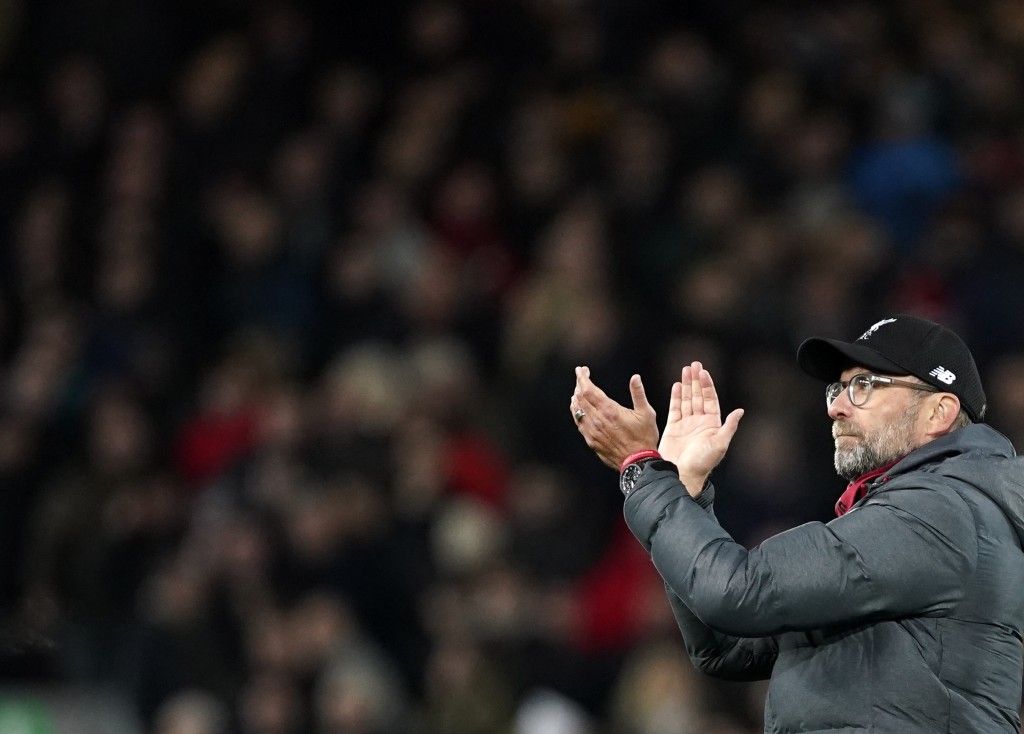 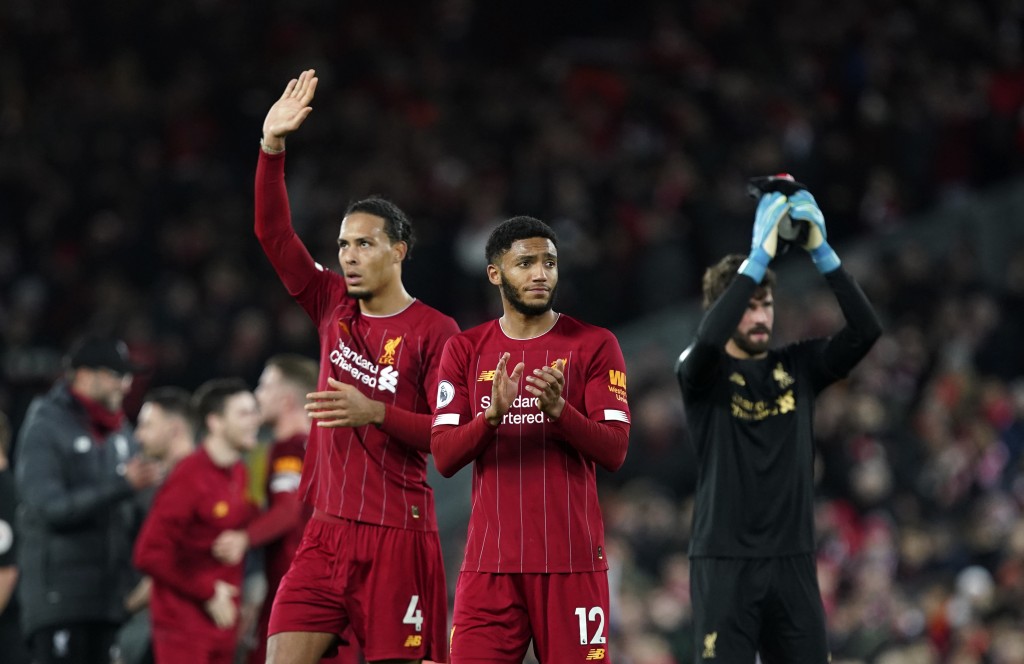 LIVERPOOL, England (AP) — Mohamed Salah scored one goal and set up the other Thursday as Liverpool extended its unbeaten Premier League run to a full year with a 2-0 victory over Sheffield United to restore its 13-point lead.

Salah opened the scoring in the fourth minute by finishing off a quick attack and then exchanged passes with Sadio Mane to set up his teammate for the second goal in the 64th.

Liverpool hasn't lost a league game in 364 days since a defeat to Manchester City that proved crucial in last year's title race, when Jürgen Klopp's team finished a point back in second place.

But a first league title in 30 years is starting to look inevitable for Liverpool this year, after 19 wins from 20 games so far. Leicester is 13 points back in second place, but Liverpool also have a game in hand on their rivals.

Its next league game is at Tottenham on Jan. 11.

He nearly scored another but goalkeeper Dean Henderson reacted quickly to tip over his first-time half-volley from Jordan Henderson's low ball.

Both teams seemed to have tired legs from the busy festive period and Liverpool struggled to create quality chances until Mane netted the second after the Senegal interational charged forward and received a return pass from Salah. His intial shot was saved by Henderson but he followed up to blast the ball into an open net.

With the game in the bag Klopp even had the luxury of handing 16-year-old Harvey Elliott his Premier League debut for the club - although it came so late he did not touch the ball.

The only negative for Liverpool was Naby Keita sustaining a groin injury during the warm-up, reducing Klopp's options further for Sunday's home FA Cup derby against Everton.