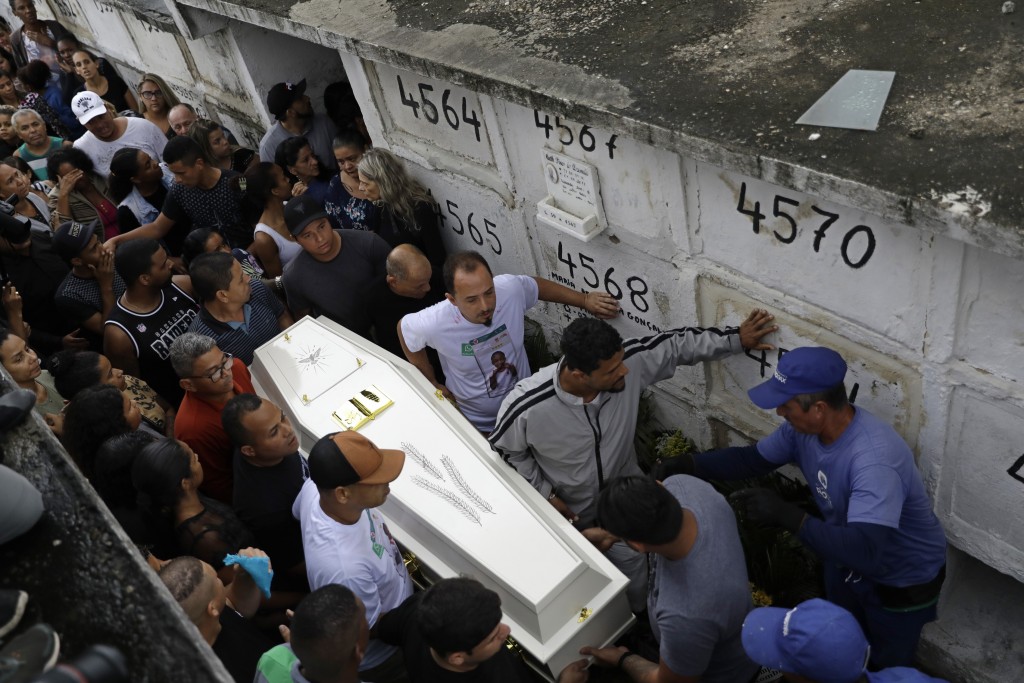 Shootings declined steadily in Brazil's top tourist destination in the second half of 2019. In December, Fogo Cruzado registered 362 shootings, nearly half the number recorded in the same month a year earlier.

Gov. Wilson Witzel, who campaigned on a platform of zero tolerance for crime, boasted about the decline in shootings.

“Throughout 2019, we acted rigorously in the crackdown on crime, in addition to valuing our police," Witzel tweeted.

Witzel has referred to criminals as “narco-terrorists” and proposed using helicopters as platforms for snipers, who could target anyone carrying large firearms.

During his tenure, police have ramped up the use of deadly force.

Not all victims of gun violence in Rio are criminals; an 8-year-old girl was among those killed by stray bullets in 2019. She was killed by a police officer, who investigators say lied in claiming that he had been shooting at an armed suspect.

In 2019, a total of 189 people were hit by stray bullets, more than one-quarter of whom died, according to Fogo Cruzado. It is unclear who fired the bullets in most of those cases.

Fogo Cruzado, or “Crossfire,” is a free app that was created by Amnesty International Brazil in 2016. It helps residents track shootings in real time by combining crowd-sourcing data and monitoring social media.