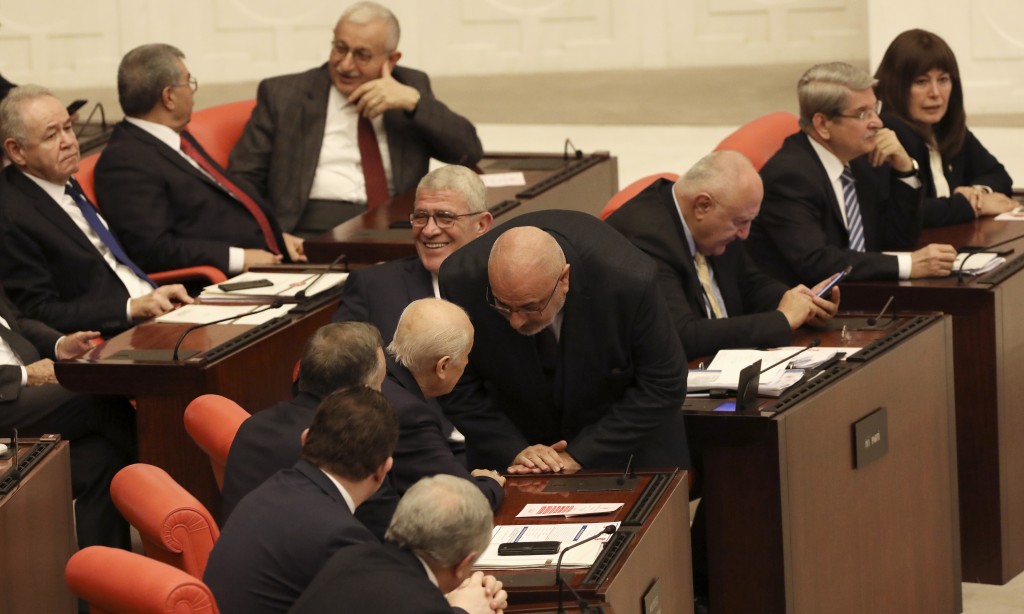 CAIRO (AP) — Libya’s forces based in the country’s east say they have called on citizens to take up arms against Turkish troops if they deploy to fight against them in the country’s ongoing civil war.

The statement came soon after Turkey’s parliament authorized the deployment of troops to Libya to support their rivals, the United Nations-backed government in Tripoli.

In a statement Thursday on Twitter, the self-styled Libya National Army, led by commander Gen. Khalifa Hifter, said it was the people’s “duty” to fight to protect the homeland. Libya’s authorities in the east have several times throughout the war encouraged its citizens to take up arms and volunteer for police or military forces.

Militias are fighting on both sides of Libya's ongoing conflict.

The Tripoli-based government of Prime Minister Fayez Sarraj has faced an offensive by the rival regime in the east and forces loyal to Hifter. The fighting has threatened to plunge Libya into violent chaos rivaling the 2011 conflict that ousted and killed longtime dictator Moammar Gadhafi.

Fighting around Tripoli escalated in recent weeks after Hifter declared a “final” and decisive battle for the capital. He has the backing of the United Arab Emirates and Egypt, as well as France and Russia, while the Tripoli-based government receives aid from Turkey, Qatar and Italy.

Turkey’s parliamentary approval of a military deployment comes amid increased cooperation between the country and the U.N.-supported government in Tripoli. The recent escalation comes ahead of expected peace talks between the warring parties in Germany early this year.

Ghassan Salame, the U.N. envoy to Libya, said Turkish troops on the ground would further disrupt chances for future peace, though he still expects the talks in Germany to take place in mid-January. He said interference by regional powers means that Libyans could lose control of their country's fate.

“The direct military involvement of member states in the Libyan conflict is escalating, inflaming, and protracting the conflict,” he said via email.