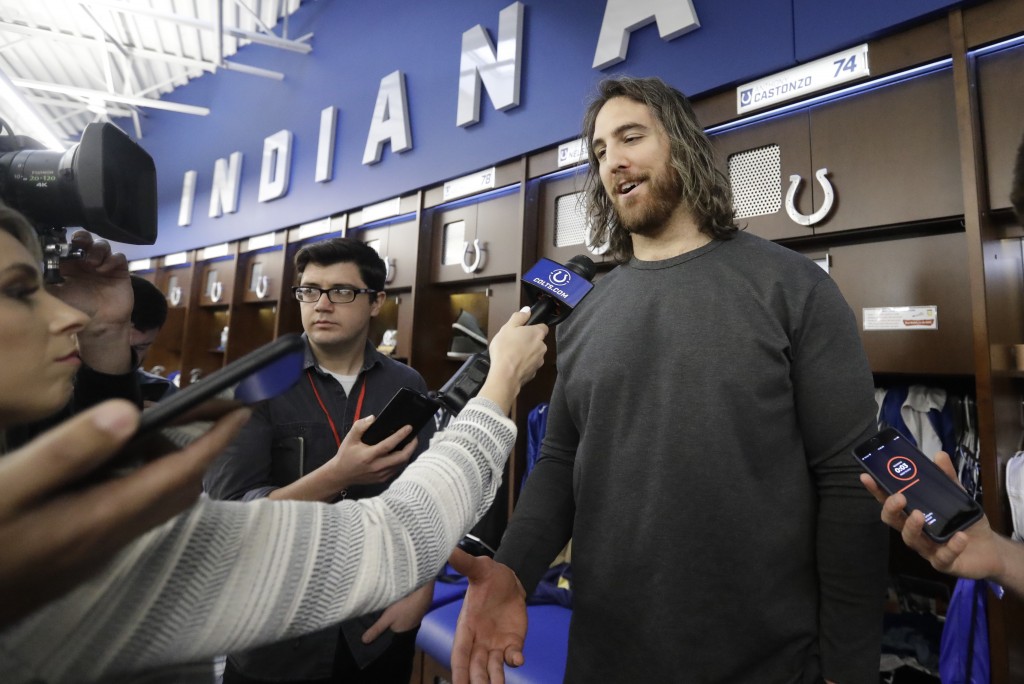 INDIANAPOLIS (AP) — The Indianapolis Colts are willing to give Jacoby Brissett another full season to prove himself.

It doesn't mean they're out of the quarterback market.

General manager Chris Ballard acknowledged during Thursday's season-ending news conference that Indy's passing game needs to improve next season, and he intends to use the next several months building competition at all positions — including quarterback.

“I think he (Brissett) has the talent to play. He's a great leader. He's got to be more consistent, no question," Ballard said before addressing the possibility of adding a potential future starter in the draft or free agency. “If we have an opportunity to acquire a player that makes us better at any spot, we'll do it. But to do it just to do it, that's bad."

After drafting Peyton Manning with the No. 1 overall pick in 1998, the perennial Pro Bowler started every game for the next 13 seasons before missing the entire 2011 season with a neck injury. Indy then released Manning in March 2012, clearing the way for Andrew Luck, the top pick in the 2012 draft.

Luck missed only 10 games over the next five seasons before sitting out all of 2017 with a shoulder injury. When he returned in 2018, Luck won the league's Comeback Player of the Year Award, and the future for Indianapolis appeared to be bright.

But his sudden retirement last August upended those thoughts and handed the job back to Brissett, who started 15 games in place of Luck in 2017.

This time, Brissett led the Colts to a 5-2 start before a second-half collapse eliminated Indy from he playoffs for the fourth time in five years.

Ballard insists it wasn't entirely Brissett's fault and anyone who believes Luck will return should think again.

“Look, Andrew's retired,” Ballard said. “Do I talk to Andrew? Yes, I do. I haven't talked to him in a few weeks because I think he's busy being a father. But Andrew's retired and I think we all have to accept that.”

Placekicker Adam Vinatieri, the NFL's career scoring leader, can become a free agent in March. The 47-year-old is rehabbing from knee surgery on his plant leg after finishing the worst season of his career on injured reserve.

“We're going to let him rehab and we'll revisit that, probably in late February," Ballard said.

And then there's the possibility of yet another early retirement, this time from longtime left tackle Anthony Castonzo. On Monday, the 31-year-old Castonzo told reporters he could walk away rather than enter free agency or re-sign with the Colts.

The offensive line was one of Indy's biggest strengths this season, largely because none of the five starters missed a start. Ballard wants to keep that group intact.

“I hold Anthony in high, high regard," he said. “Anthony and I will be in touch over the next two or three weeks. I know Anthony loves the Indianapolis Colts and the city, and I'm sure he'll make the decision that's best for him."

He was even less definitive about soon-to-be free agent defensive end Jabaal Sheard, who was the second player Ballard signed after taking the Colts job three years ago.

Ballard was clear about one thing: one-time Pro Bowl tight end Eric Ebron won't be back. Ebron wasted no time in responding to Colts fans.

“I love you all! I’m sorry this year went the way it did, I myself put my heart in this game & did everything on my end to be a professional ALWAYS," Ebron wrote on Twitter. “Thank you for your support and making me a better person. I would never quit on u."

But, of course, the biggest question for Ballard is whether he will use one of his first three draft picks in the opening two rounds on a quarterback.

“I think one of the biggest mistakes teams make is they try to force it," Ballard said. “You can't force the evaluation of a quarterback because then what you do is you talk yourself into a guy and you can set the organization back four or five years."