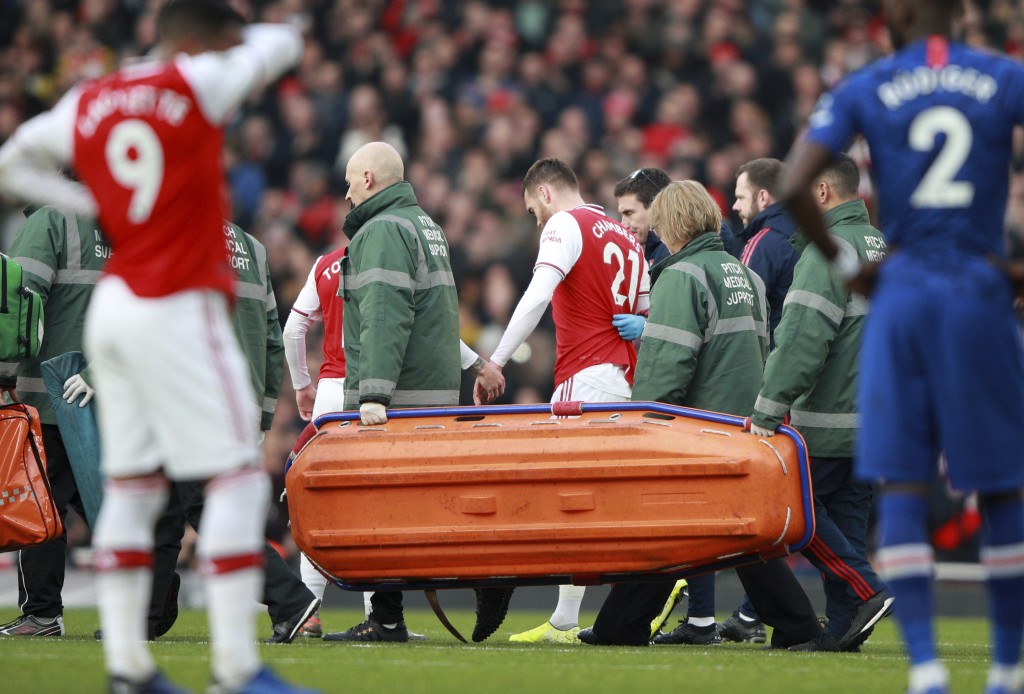 LONDON (AP) — Arsenal defender Calum Chambers will be out for the rest of the season after having surgery on a ruptured knee ligament, the club said Thursday.

Arsenal confirmed that Chambers ruptured the anterior cruciate ligament in his left knee during the loss to Chelsea on Sunday.

“Calum has had successful surgery in London on Thursday morning,” the club said in a statement. “The rehabilitation process is expected to take between six to nine months.”

The injury leaves new manager Mikel Arteta with even more defensive worries, and the Spaniard said the club could try to find a replacement in the January transfer window.

“We will try to be in the market to see options that can strengthen the team, that's for sure and our obligation and we will be working on that,” Arteta said. “Obviously we have a bad injury with Calum a few days ago that will change our plans at the back.”

Arteta earned his first win in charge of the Gunners with a 2-0 home victory over Manhester United on Wednesday, but the team is only in 10th place after a dismal first half of the season that saw his predecessor Unai Emery fired.