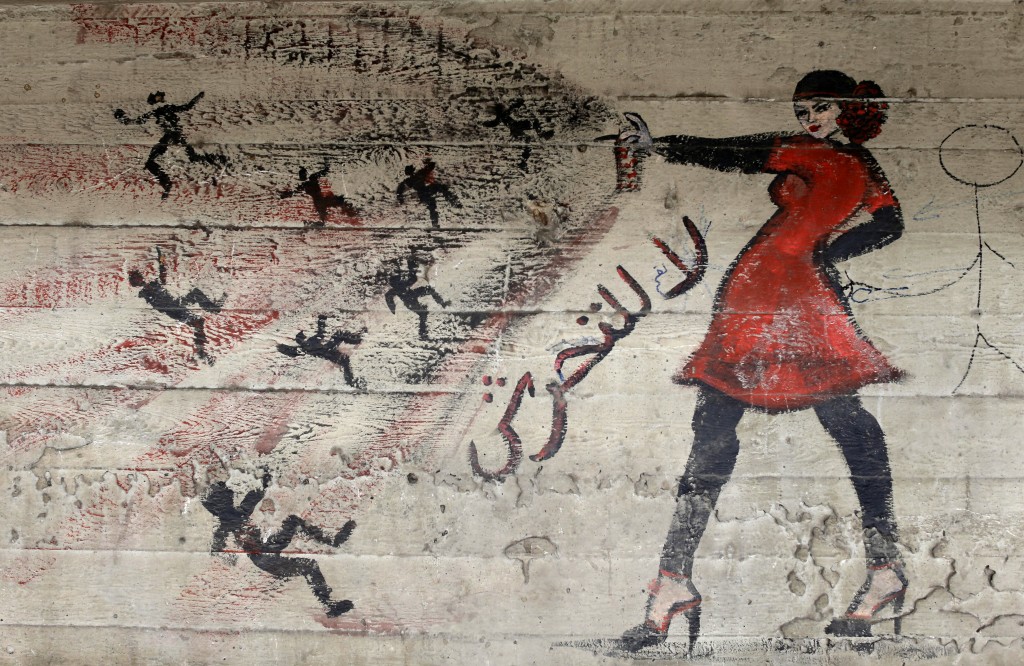 CAIRO (AP) — A video from Egypt showing a woman enduring a mob sexual assault on New Year's Eve was deemed authentic by the country's police Thursday.

The viral video has reignited long-running controversy over rampant sexual harassment in Egypt. Cases of mob violence against women have been caught on tape since the 2000s.

Surveys indicate that the vast majority of Egyptian women feel insecure in the streets. There were also multiple mass sexual assaults on women during political protests. But polls have found that most men and women in the conservative Muslim country believe harassment is justified if women dress “provocatively” in public.

Some of the men brandished sticks and jumped on top of a car, into which the woman eventually climbed. The handful of men who got her into the car were apparently trying to help her escape the assault, which took place in the Nile Delta town of Mansoura early Wednesday.

A senior police officer said the attackers have yet to be identified. The officer spoke on condition of anonymity because he was not authorized to brief the media.

In October, Egypt was stunned when a teenage boy was fatally stabbed while defending a girl from sexual harassment. The three teenage attackers were each sentenced to 15 years in prison last month.

Egypt toughened its sexual harassment laws in 2014. A broader definition of harassment is now punishable by up to five years in prison.

“Can the Egyptian officials please stop denying the existence of sexual harassment in Egypt?" said Amel Fahmy, a women's rights activist, in a post on social media Thursday.

“Our fight is far from over," tweeted Soraya Bahgat, another rights activist. In 2012, she founded a volunteer anti-harassment group for political demonstrations, although the government effectively banned all public protests the following year.