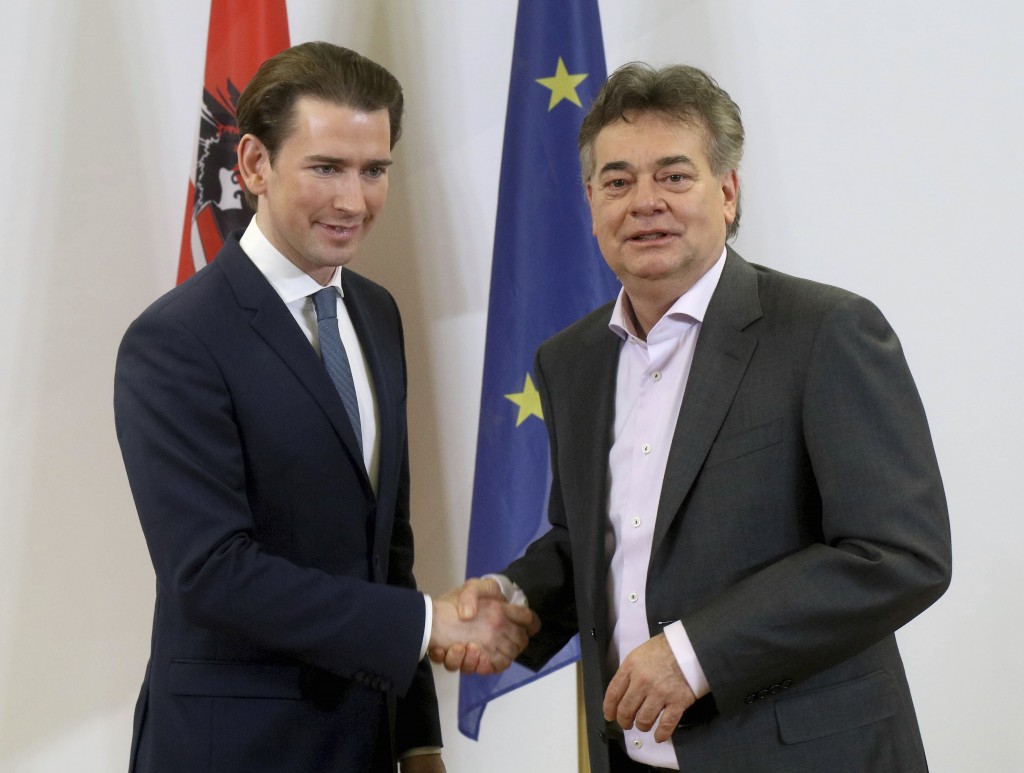 BERLIN (AP) — Austrian conservative leader Sebastian Kurz says his party's coalition deal with the Greens, who are set to join the Alpine country's government for the first time, offers “the best of both worlds” and will allow both partners to keep their election promises.

Kurz, 33, is set to return to power as Austria's chancellor after a seven-month hiatus under the deal presented Thursday alongside Green leader Werner Kogler, who would become his vice chancellor.

The agreement - which requires approval at a party congress of the Greens taking place Saturday - combines pledges of environmental action and of government transparency with moves to cut Austrians' tax burdens and with the tough talk on migration that Kurz has made a hallmark of his People's Party.

The new coalition results from a snap September election in which Kurz's party emerged as by far the biggest in the national legislature and the Greens made strong gains to return to parliament after a two-year absence.

The election itself was triggered by the collapse in May of Kurz's previous coalition government with the far-right Freedom Party in a scandal surrounding that party's then-leader.