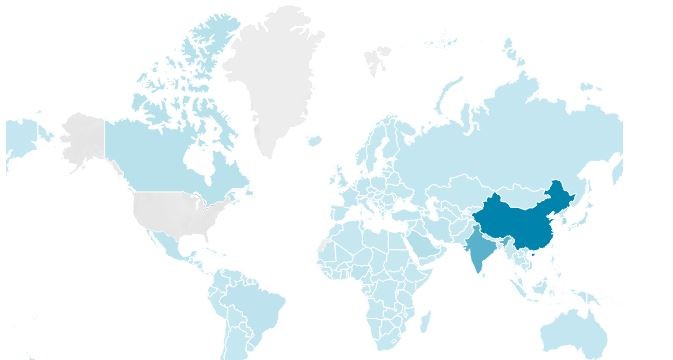 TAIPEI (Taiwan News) — The number of U.S. student visas issued to Chinese students has been dwindling amid intensifying U.S.-China relations.

After the Trump administration began restricting the issuance of visas to foreigners in the name of national security, students and scholars in China found it more difficult to enter the U.S. for academic purposes.

According to data from the U.S. Department of State, the number of non-immigrant visas issued to Chinese dropped by 35 percent between 2016 and 2018. The number of extendable five-year F-1 student visas has decreased by 64 percent.

In addition, according to the Institute of International Education's 2019 Open Doors report, Chinese students comprised 33.7 percent of total international students in the 2018-2019 academic year. While this was higher than in previous years, the growth rate has decreased to 1.7 percent from 8.1 percent in the 2015-2016 academic year.

"Overall, U.S. universities still welcome Chinese students. However, the change in U.S. policy in the past two years has hindered many Chinese graduate or Ph.D. students from getting their student visas," Ting Milawen (丁迷拉雯), enrollment ambassador at Columbia University's School of Professional Studies, told China's state-run mouthpiece Xinhua on Dec. 6th. "This situation casts a cloud over the minds of many professional students."

Last year, an Associated Press report indicated that the Trump administration aimed "to reduce economic theft by non-traditional intelligence collectors" by shortening the length of validity for some visas issued to Chinese citizens. The restriction is specifically targeted at students who study science, technology, engineering, and mathematics.