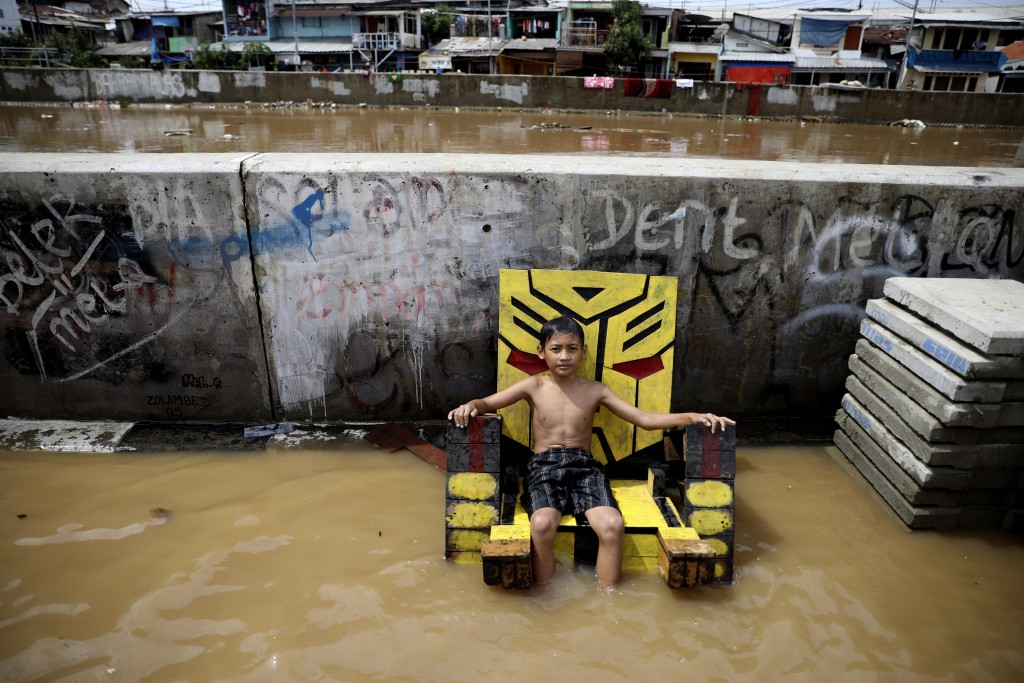 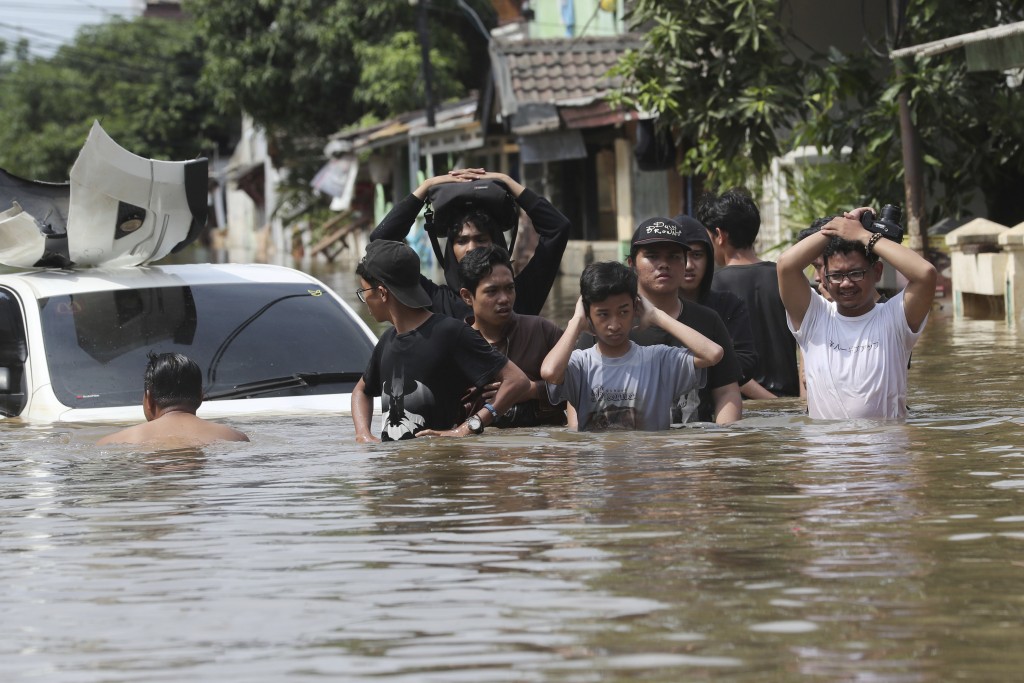 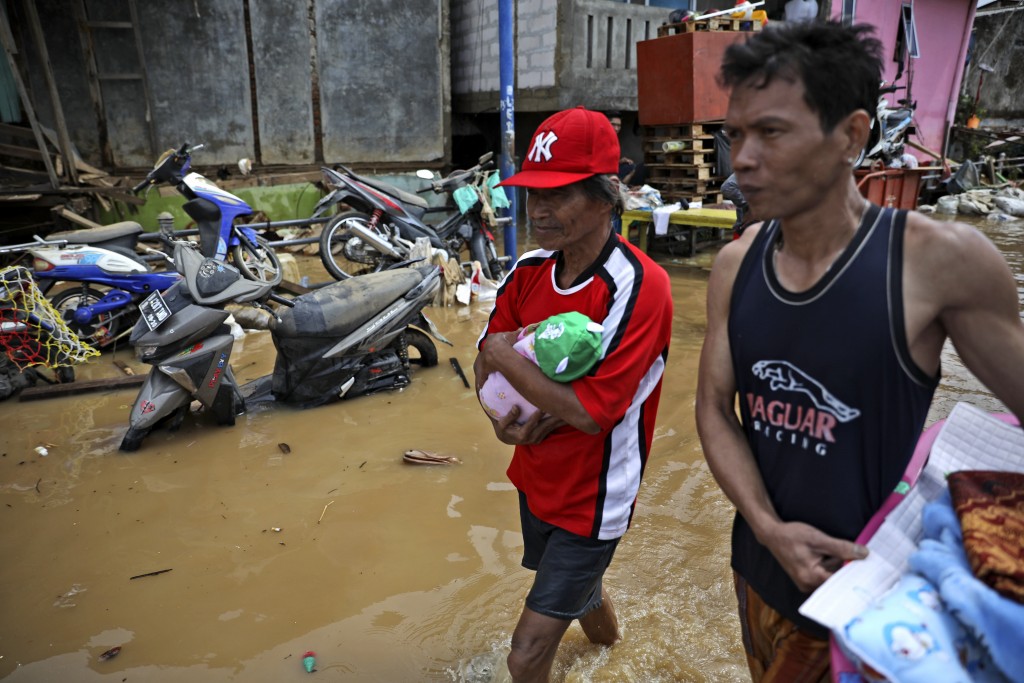 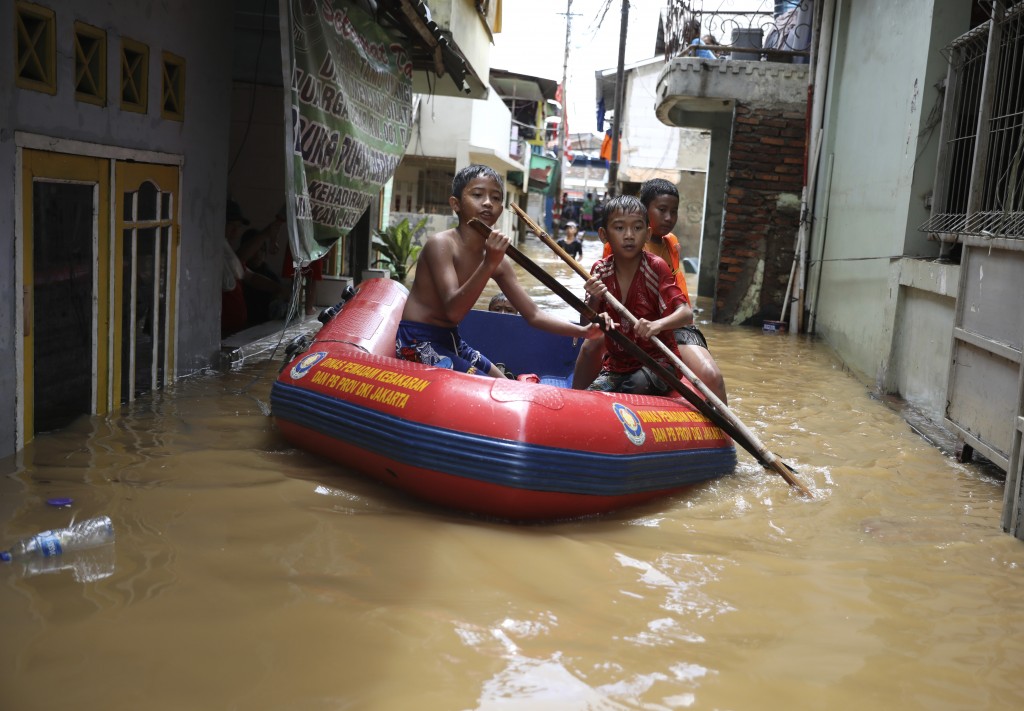 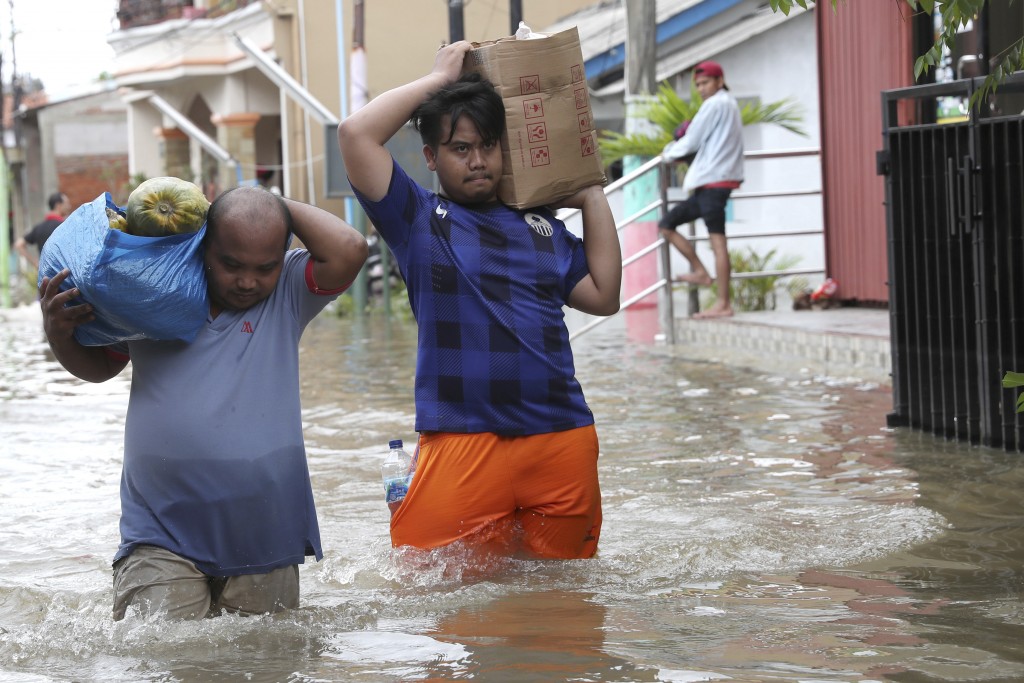 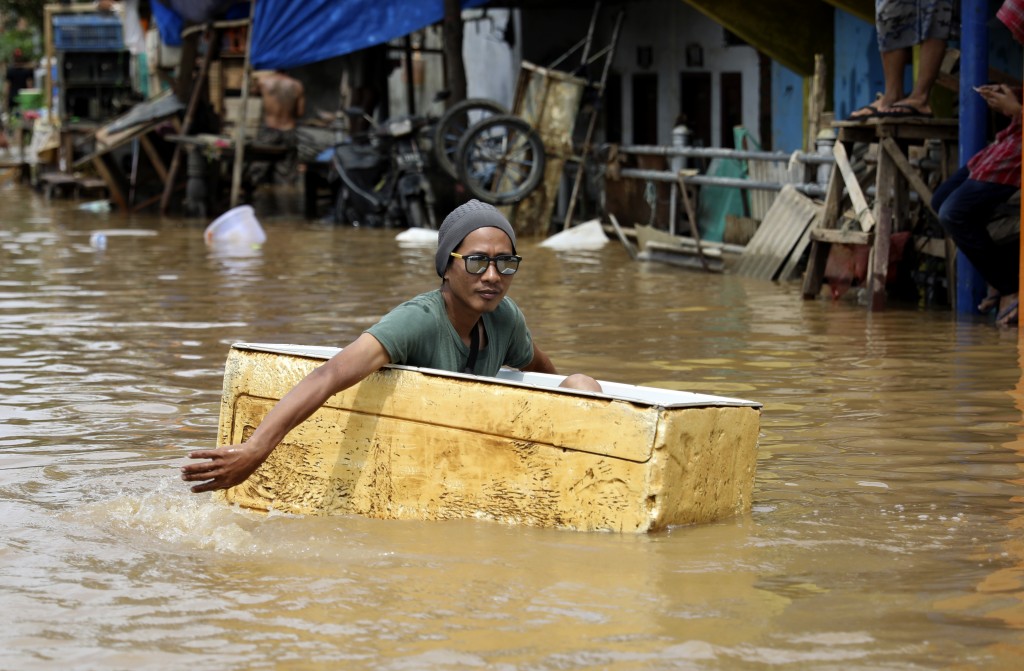 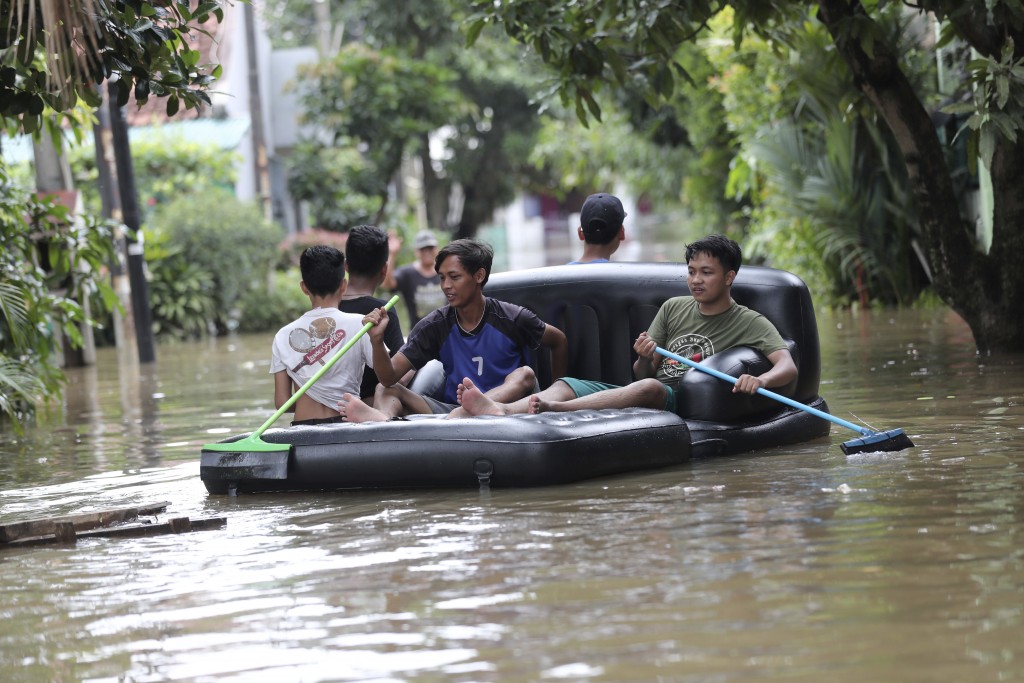 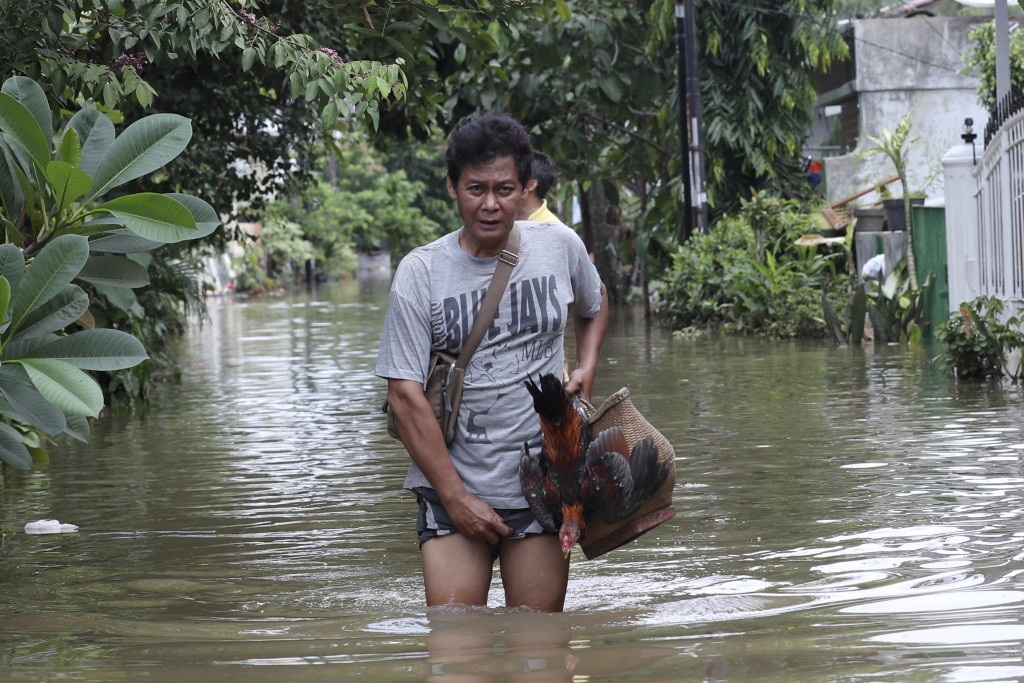 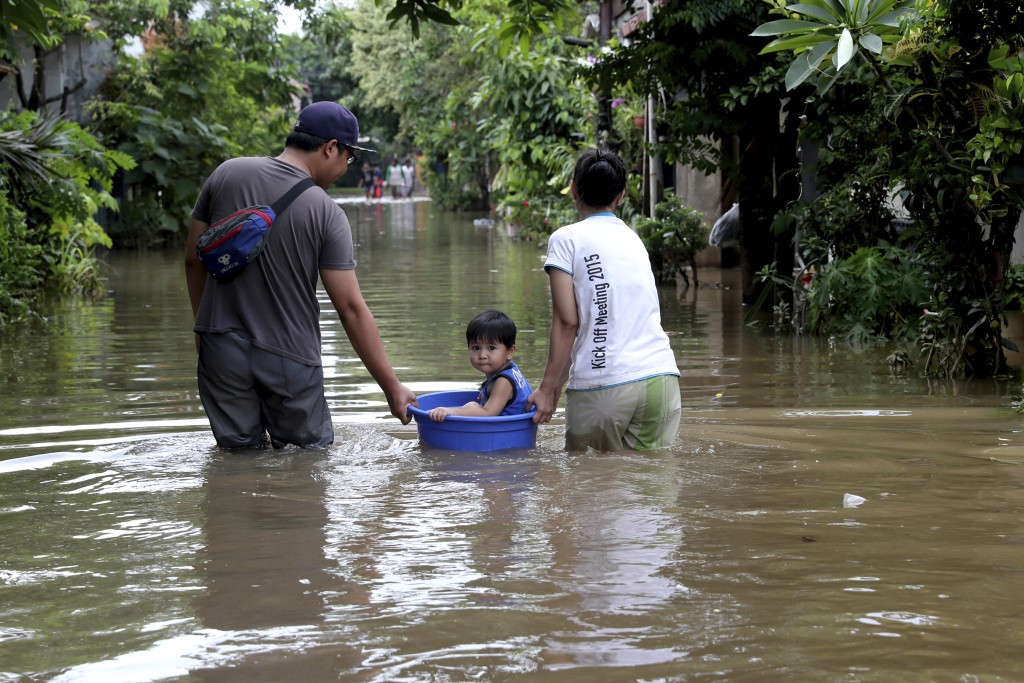 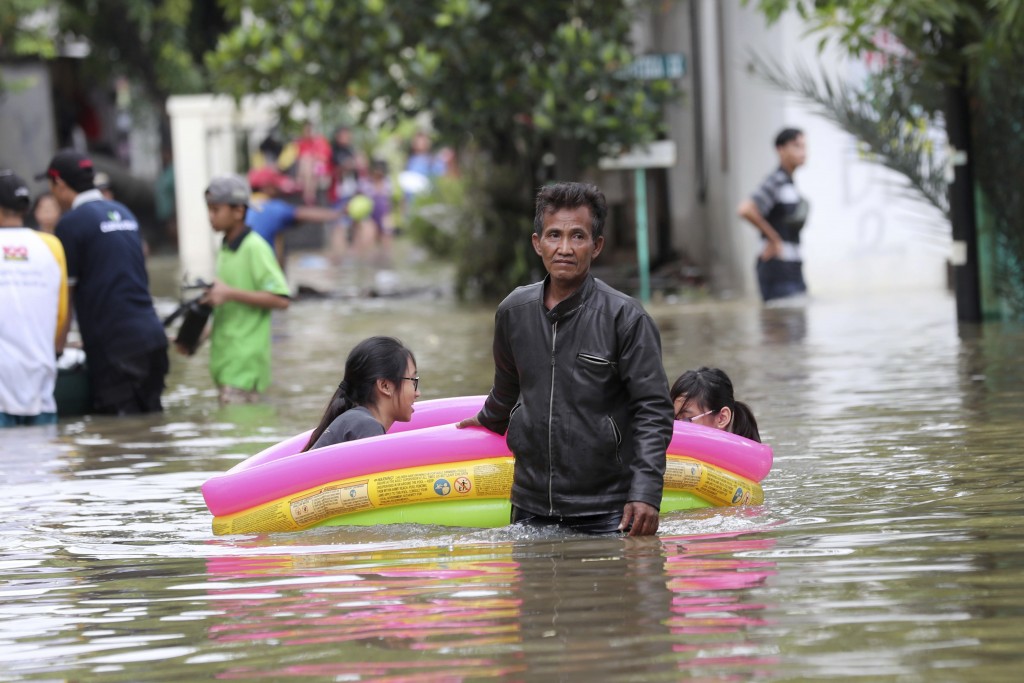 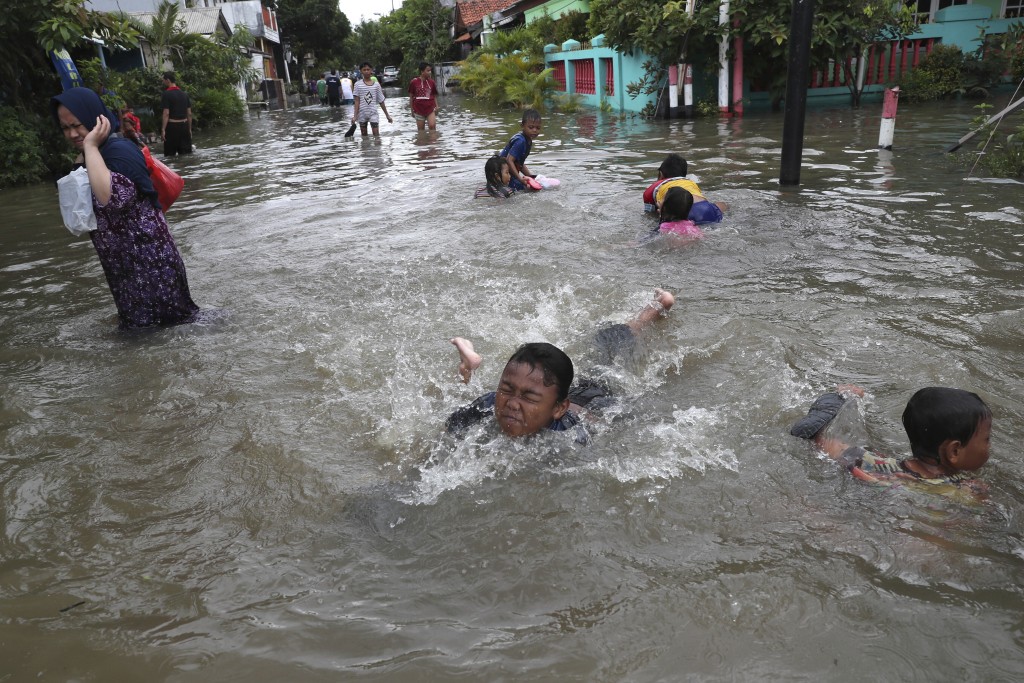 The floods inundated thousands of homes and buildings and forced authorities to cut off electricity and water and paralyzed transport networks, Wibowo said. He said more than 31,000 people were in temporary shelters after floodwaters reached as high as 2.5 meters (more than 8 feet) in places.

Residents of Bekasi on the Jakarta's outskirts waded through water up to their necks or floated on makeshift rafts carrying clothes and other salvaged possessions. Some scrambled onto roofs to await rescue from soldiers and emergency workers in rubber dinghies.

"The government is awful and the rescue effort is too slow," said Imas Narulita, who spent 36 hours on the second floor of her suburban house with her 6-month-old baby.

She said that she have a neighbor who is sick but no one has come to rescue him.

"In this modern time, no one should have died because of this," she said.

Social affairs minister Juliari Peter Batubara said the government dispatched medical teams and rubber rafts to the worst-hit areas, while rescuers in boats delivered instant noodles and rice to those who chose to stay on the upper floors of their homes.

Jakarta is home to 10 million people, or 30 million including those in its greater metropolitan area. It is prone to earthquakes and flooding and is rapidly sinking due to uncontrolled extraction of ground water. Congestion is also estimated to cost the economy $6.5 billion a year.

President Joko Widodo announced in August that the capital will move to a site in sparsely populated East Kalimantan province on Borneo island, known for rainforests and orangutans.

Widodo told reporters in Jakarta on Thursday that one of the causes of flooding is due to damage to the ecosystem and ecology in addition to many people who throw garbage into rivers.

He said that the government is working to mitigate and prevent flooding in regions across the country. Especially in Jakarta, the construction of West Java's Cimahi and Ciawi dams is expected to be completed by next year.

"Both the central and regional governments would work together to solve the problem," Widodo said.