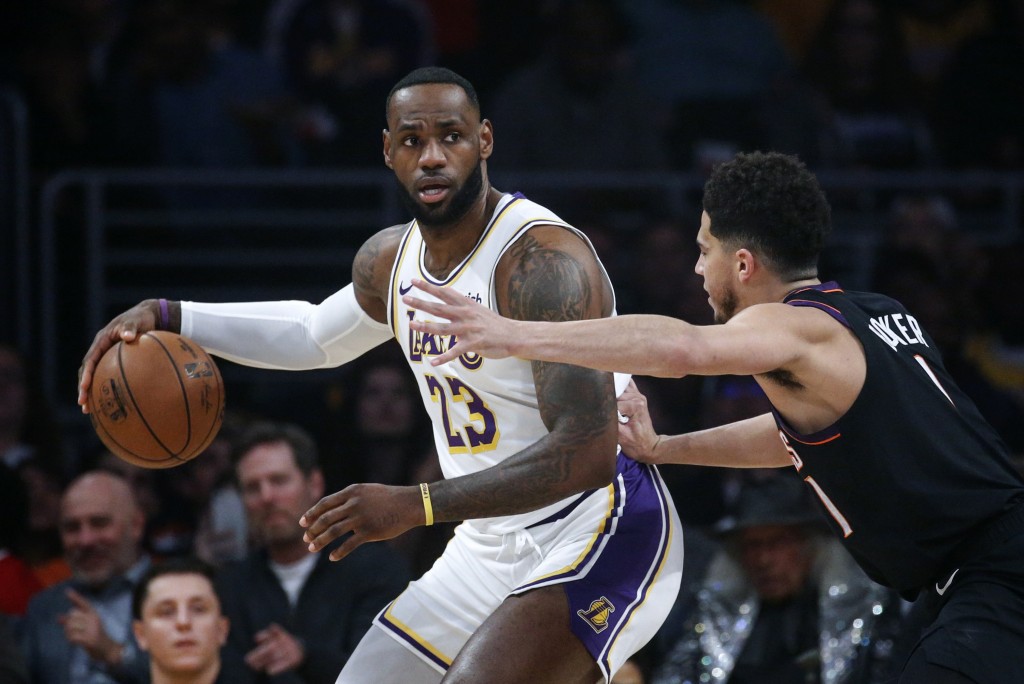 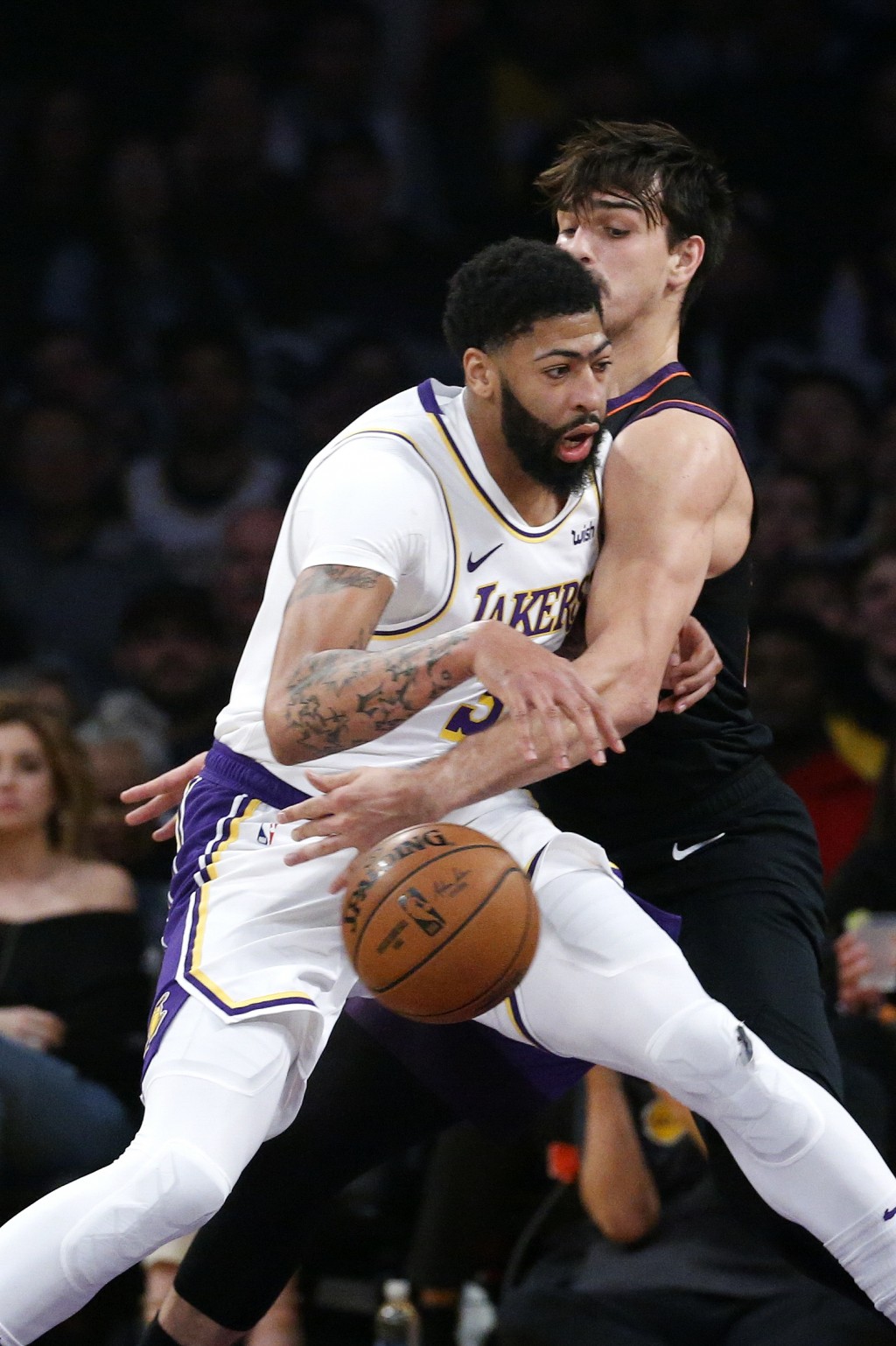 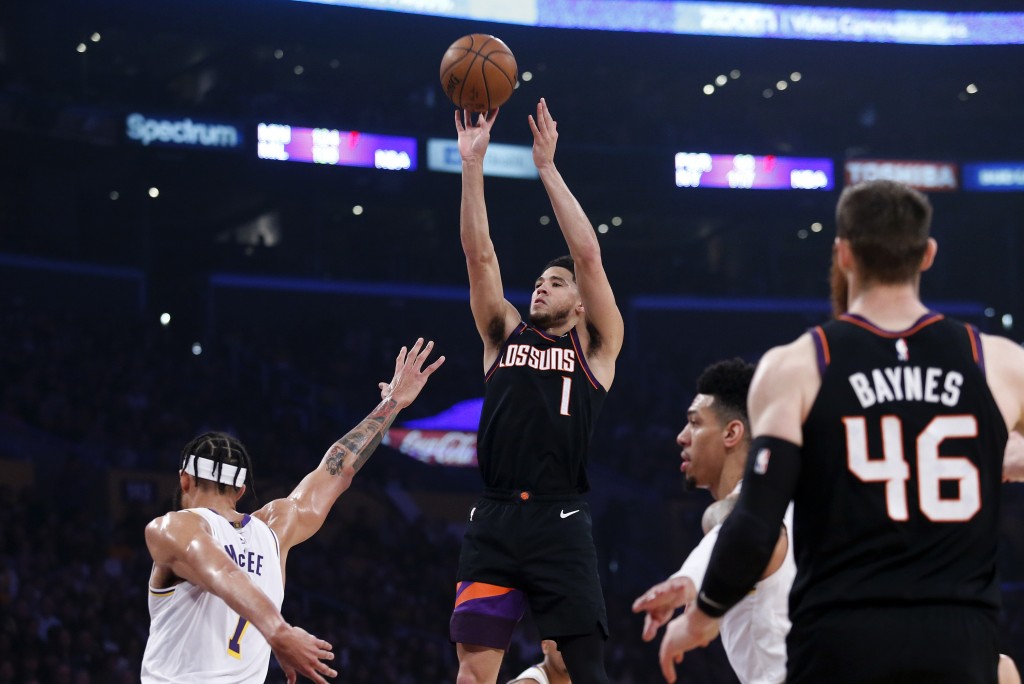 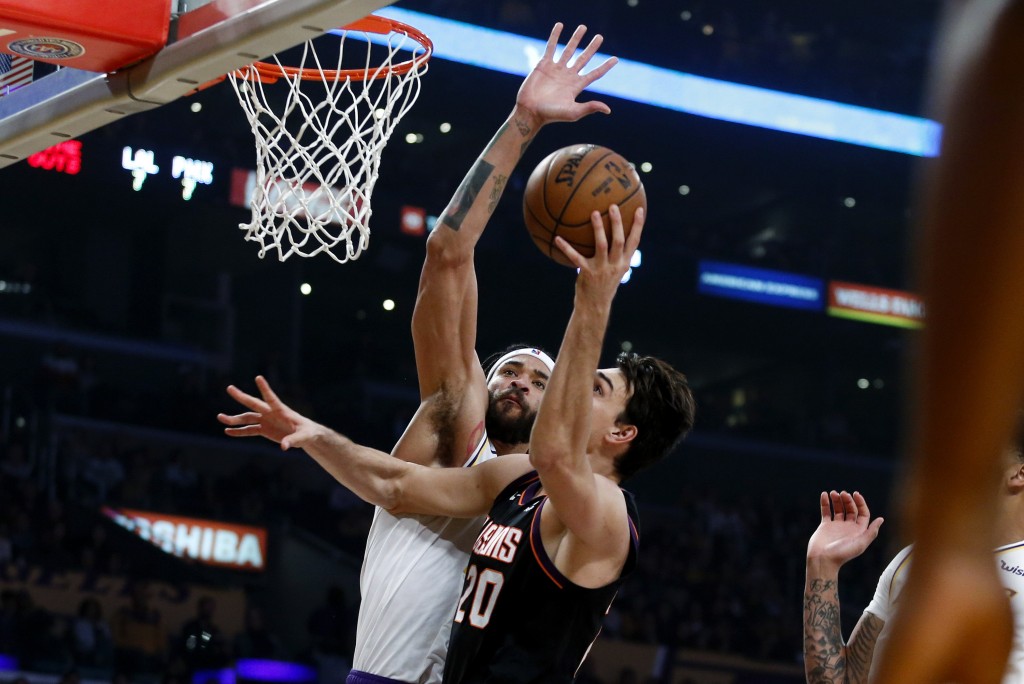 LOS ANGELES (AP) — LeBron James had his eighth triple-double of the season, Anthony Davis had 26 points and 11 rebounds, and the West-leading Los Angeles Lakers opened the new year with a 117-107 victory over the Phoenix Suns on Wednesday night.

James finished with 31 points, 13 rebounds and 12 assists in the Lakers' third straight victory that appeared well in hand by the end of a dominant first quarter. He had double-figure points and assists by halftime.

The Suns rallied in the fourth, getting within seven points after trailing by 36 earlier in the game. That forced the Lakers' starters back in, and James steadied them with eight points to close out the win.

The Lakers shot 70% in a ferocious opening quarter when they made their first 11 shots. Danny Green had their first miss on a 3-point attempt, but the Lakers controlled the offensive rebound and JaVale McGee found Green for a dunk.

It was that kind of sequence for the Lakers, who missed just eight attempts in the first. James airballed a shot, but they snagged the rebound and Avery Bradley scored to salvage the possession.

The Lakers put together a 25-4 run in which the Suns were limited to only free throws. Among the highlights, Davis dunked over Aron Baynes and let out a roar, and later Davis threw down a reverse dunk on James' pass. Not to be outshone, James followed with a two-handed jam that ignited the crowd. Los Angeles led 43-17 at the end of the quarter.

Kyle Kuzma, sporting blond hair, had three 3-pointers in the second. Bradley scored on a smooth behind-the-back pass from James. Kentavious Caldwell-Pope beat the shot clock with a casual heave on a 3-pointer. Dwight Howard chipped in eight points and the Lakers shot 61% in taking a 74-41 lead into halftime.

Kuzma added 19 points and Bradley had 18.

Devin Booker scored 32 points and Kelly Oubre Jr. added 26 for the Suns. Phoenix had won two in a row after losing eight straight.

Lakers: They improved to 18-0 against teams under .500 this season and more such opponents are coming up: New Orleans, Detroit and New York. ... Howard notched his 1,000th career steal. ... Their 43 points in the first quarter were a season high. ... Alex Caruso had right calf tightness and didn't return. ... Green and McGee stayed loose by jumping rope on court during a timeout in the fourth.

Suns: Host the New York Knicks on Friday to open a five-game homestand.

Lakers: Host New Orleans on Friday in the middle of a five-game homestand.