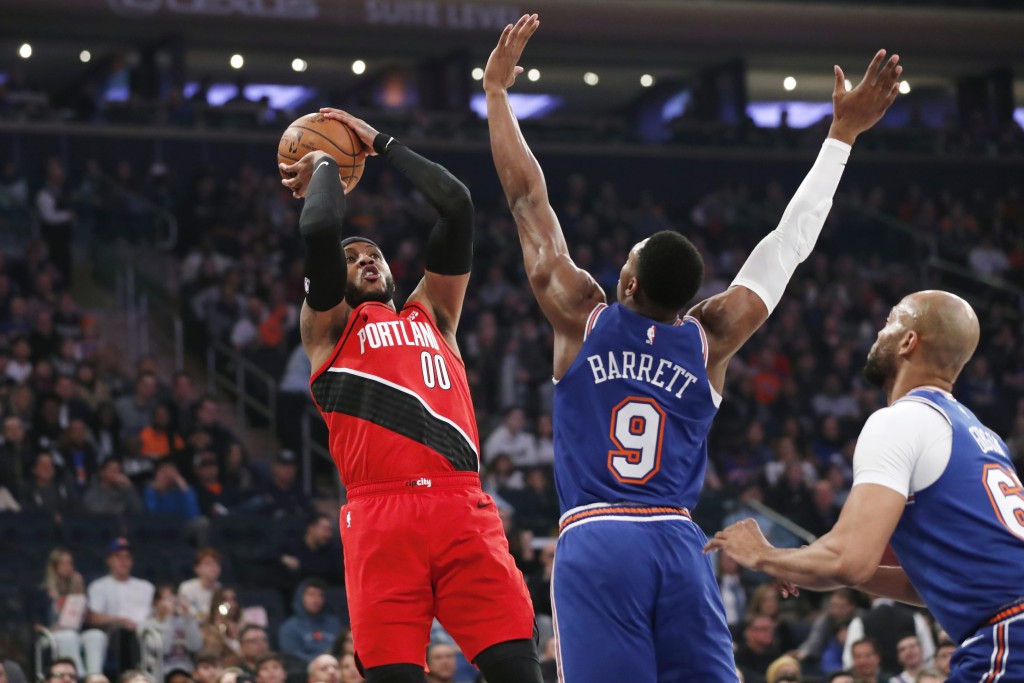 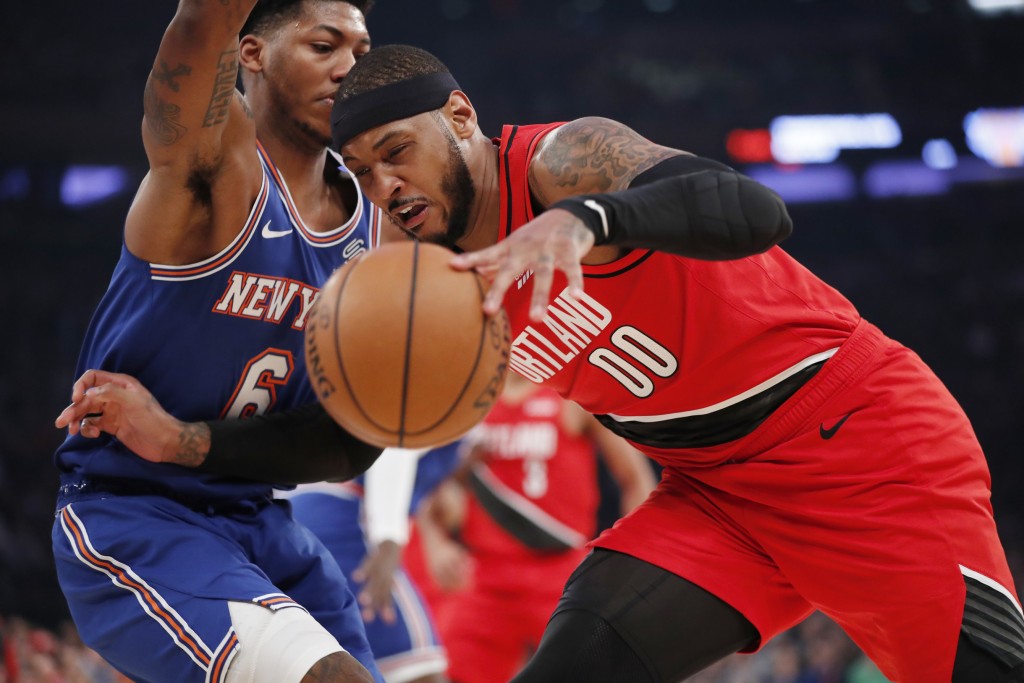 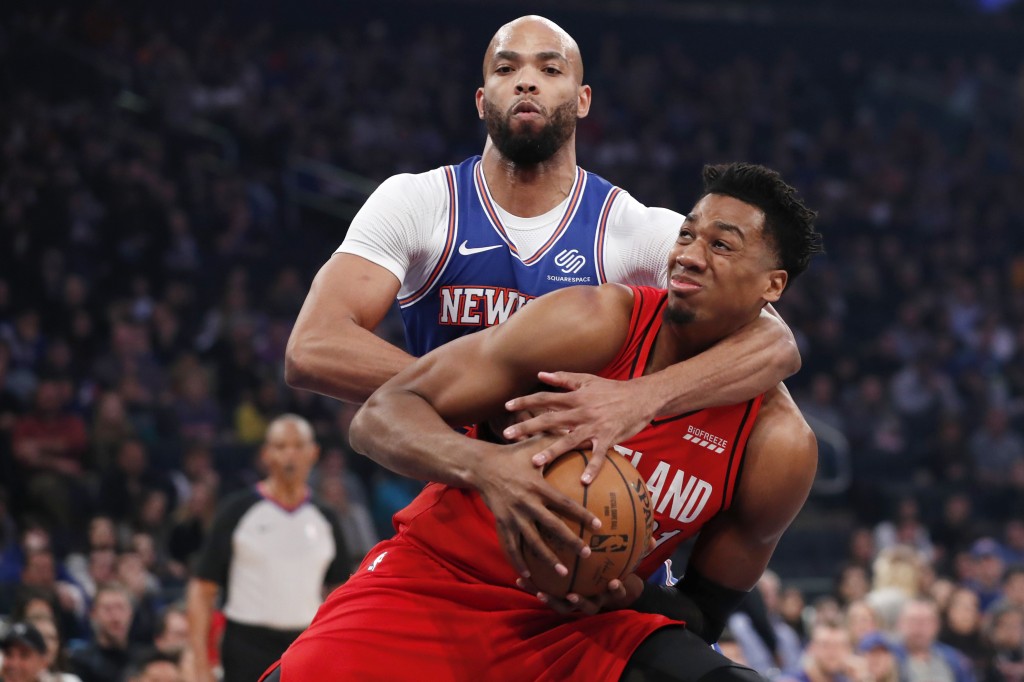 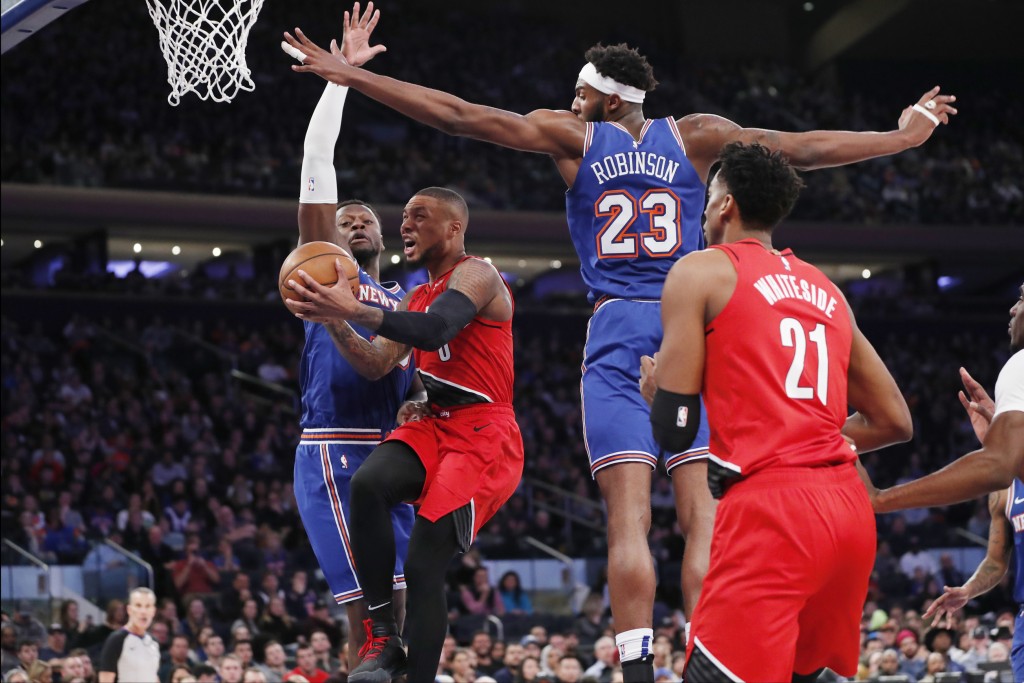 Anthony scored 26 points, his most since returning to the NBA, and was cheered before and during the game at the arena where he played 6 1/2 seasons. But he was on the bench at the start of the Knicks' 14-0 run early in the fourth quarter that broke open the game.

Reggie Bullock made two 3-pointers during the spurt and scored 11 points in his Knicks debut. He signed with the team during the summer but hadn't played because of a herniated disk.

Damian Lillard was held to 11 points on 5-for-20 shooting after scoring 30 or more in the previous three games. The All-Star guard did have 10 rebounds and eight assists, but he missed his first six 3-pointers before making his only one of the game.

That was on the final shot of the third quarter, cutting New York's lead to 83-77. The Blazers were still down just six after consecutive baskets by CJ McCollum, but Bullock made his two 3s and Frank Ntilikina and Bobby Portis hit one in between. Portis then finished the run with two free throws to push the lead to 101-81.

Anthony was loudly cheered when he was the last Portland player introduced during starting lineups and many times when he had the ball. But the cheers were soon for Robinson, whose high-flying performance tied the Knicks record for most makes without a miss.

Trail Blazers: Portland started a five-game road trip and doesn't play its first home game of 2020 until Jan. 11, when it hosts Milwaukee. ... It was Anthony's 20th career game against the Knicks. He was averaging 27.8 points, his most against any opponent

Trail Blazers: At the Washington Wizards on Friday night.